This monument was erected in Civic Center Park in 1970. Famous Colorado artist, William F Joseph created the sculpture. It has been met with criticism over the years. In 1989 it was defaced with fake blood by the American Indian Movement (AIM) activist, Russell Means. Means was found not guilty, because he was expressing an act of free speech. On Thursday June 25th 2020, this statue was toppled by a group of unnamed protestors. This was part of a larger protest against the death of George Floyd, within the Black Lives Matter movement. 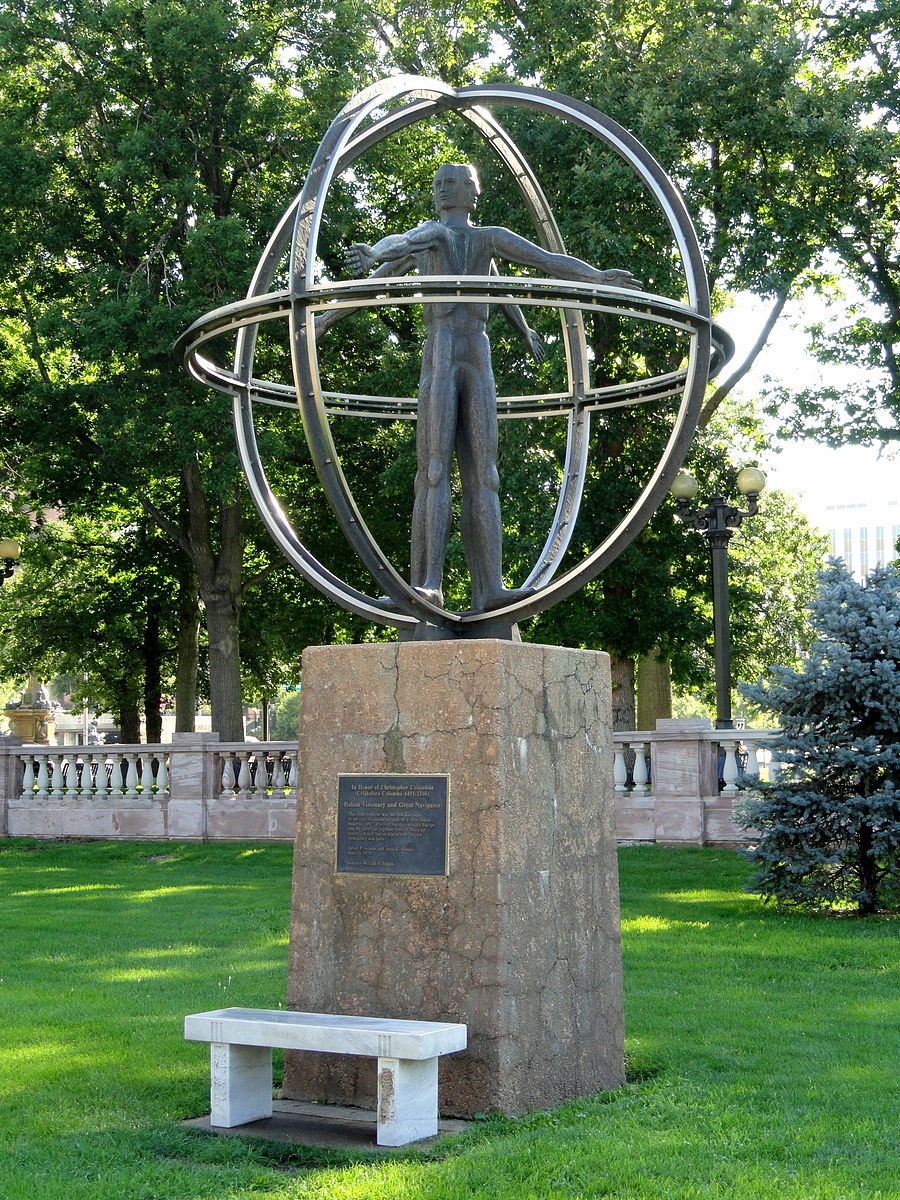 Side View of Christopher Columbus Statue 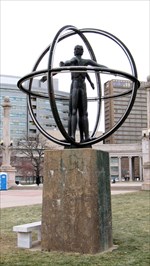 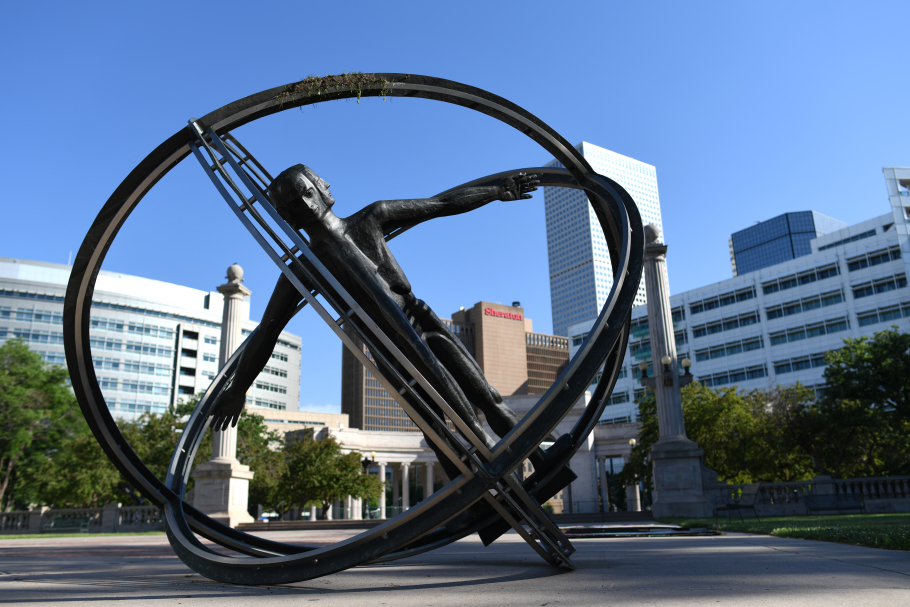 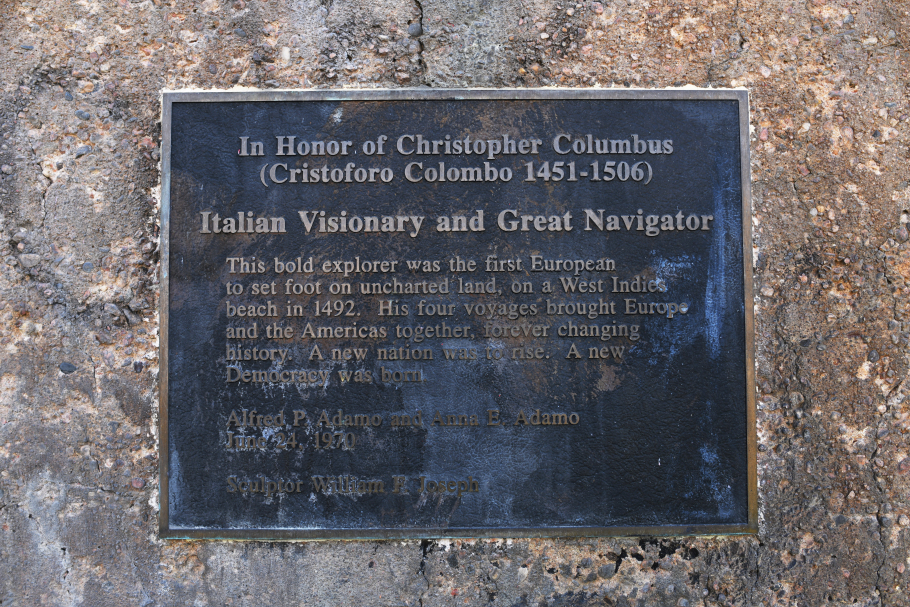 Statue base after dismantling 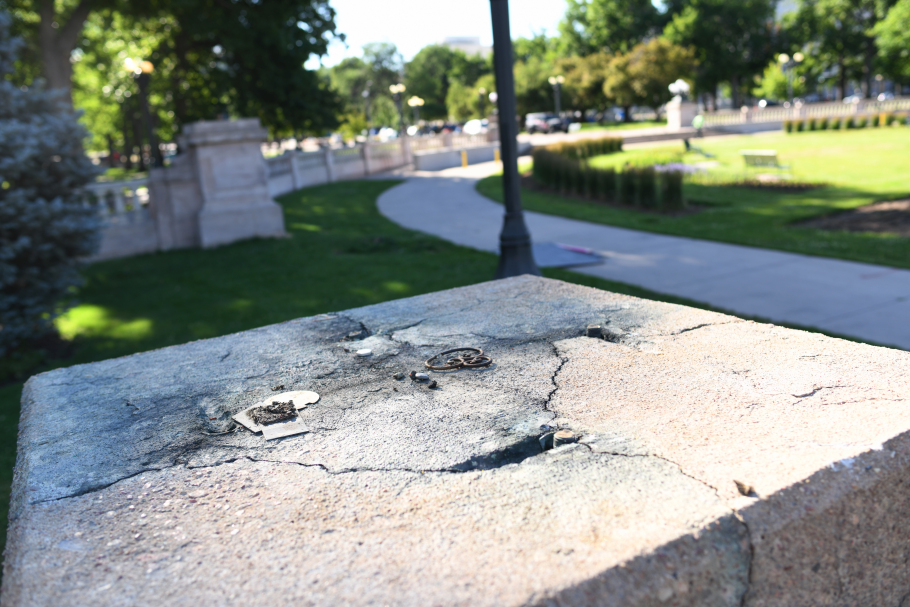 The statue was donated to the City of Denver in 1970. Presenters Alfred and Anna Adamo wanted to honor Colorado as the first state to recognize Columbus Day as a holiday. The statue was created by William F Joseph, a prominent sculptor in the region. Due to Christopher Columbus' sordid past, this monument has been met with mixed feelings.

William F Joseph a Colorado artist is known for his work in Denver. He mixed bronze, steel, concrete, and marble for the Christopher Columbus sculpture. It is a stylistic interpretation of the navigator, as noted by Denver Public Arts.

“Each human form has their two arms and four faces extending in the four directions – North, South, East and West. The statue is encircled by three spherical stainless steel rings strategically placed outlining the planet earth.”

The man is supposed to resemble the Da Vinci's "Vitruvian Man." In 1975 a marble bench was added to allow for introspection and contemplation.

When Columbus Day rolls around in Denver it is met with contentious emotions from the Italian and Native American communities. While Italian American groups celebrate the discovery of America. Native Americans protest the genocide of their people. In 1989, Russell Means an American Indian Movement (AIM) activist defaced the statue with fake blood. He was found not guilty, and his act was found to be a form of free speech.

In the early morning hours of June 25th 2020, the bronze portion was toppled. This was sparked by protests of the murder of George Floyd. George Floyd was killed by a police officer who knelt on his neck for nine minutes. Protestors engaged the larger Black Lives Matter movement and started taking down statues across the nation. This and the Civil Rights Memorial in front of the Capitol was dismantled.

The City is in talks with the artist's son Tim Joseph, about how to proceed. It was suggested that the Bronze be restored with a different name. He said his father did not originally intend to create a Christopher Columbus statue.

His father wanted it to be called “Man of All Nations,” Tim Joseph wrote, but “after much debate, Adamo insisted the sculpture be named ‘Christopher Columbus’ because of his Italian heritage and the important role Columbus played in his life.”