The building known by many as "The Castle" was built as a home for John N. Roberts in 1894, a successful merchant, on Massachusetts Street. The Romanesque style building does resemble a castle, with its stone turret and massive presence. The John R. Roberts House was added to the National Register in 1974 for its significance in architecture. By that date, it housed a restaurant and a single dwelling. The location of the Castle Tea Room since the 1930s, the restaurant has reopened after extensive renovations as a special events venue with a new patio and an exterior kitchen. Offices on the second floor of the building were recently leased to the local United Way. A tenant for first-floor offices is being sought. The building is owned by a non-profit foundation established by the late longtime owner and restauranteur of the Tea Room around 2004. A plaque in front of the building details its history. 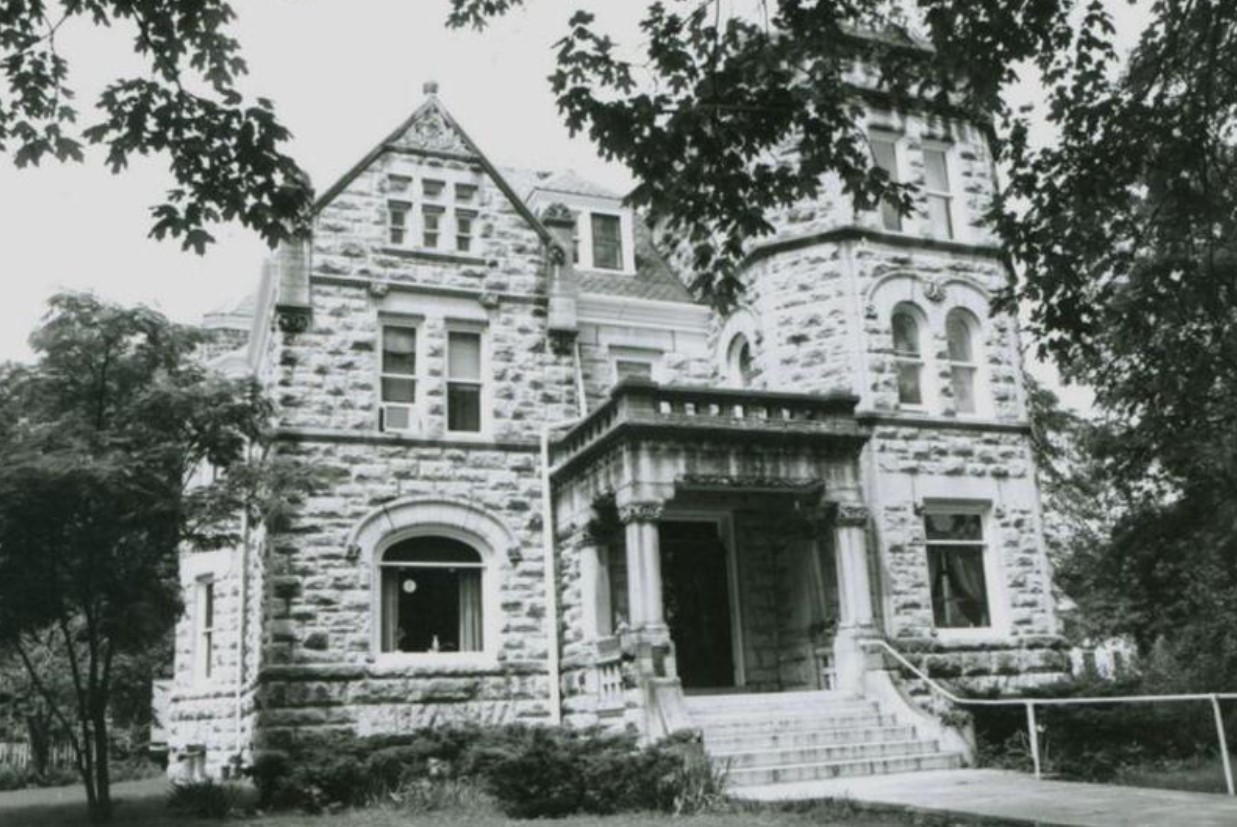 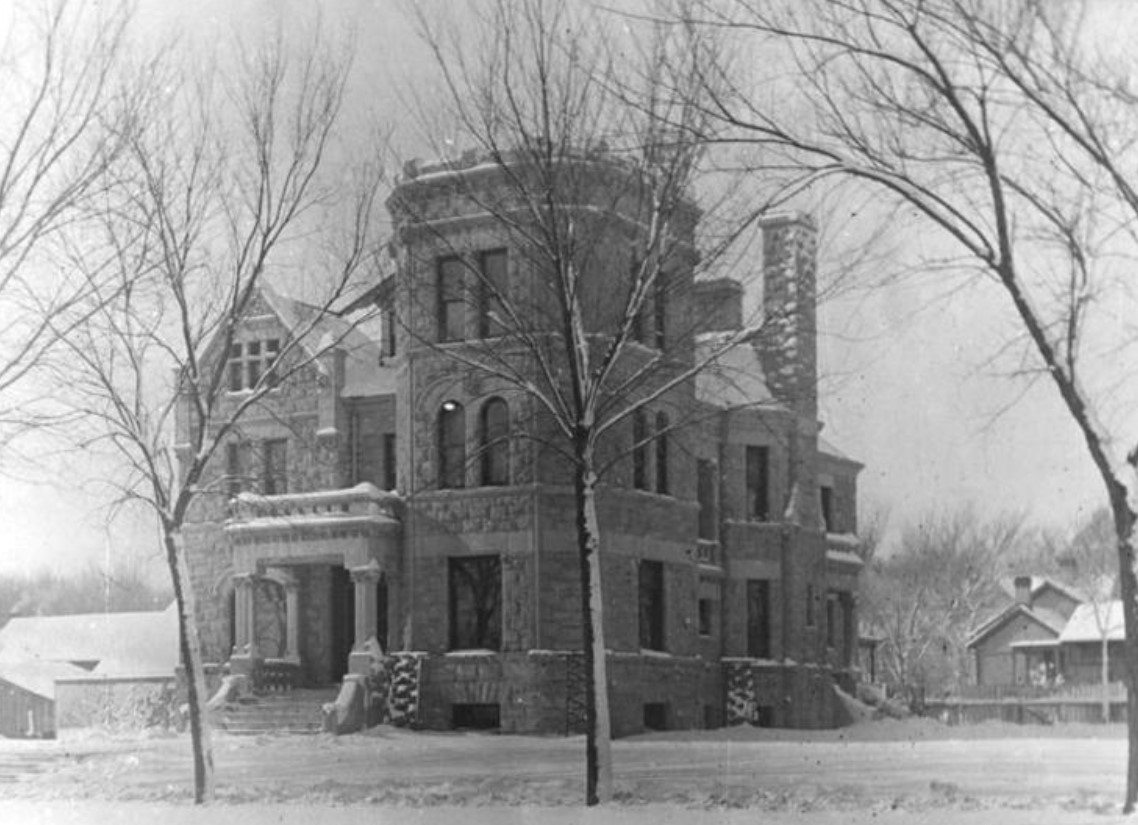 Plan sketch of The Castle property from 1987 KHRI form by Gray, Heart of Oread Survey 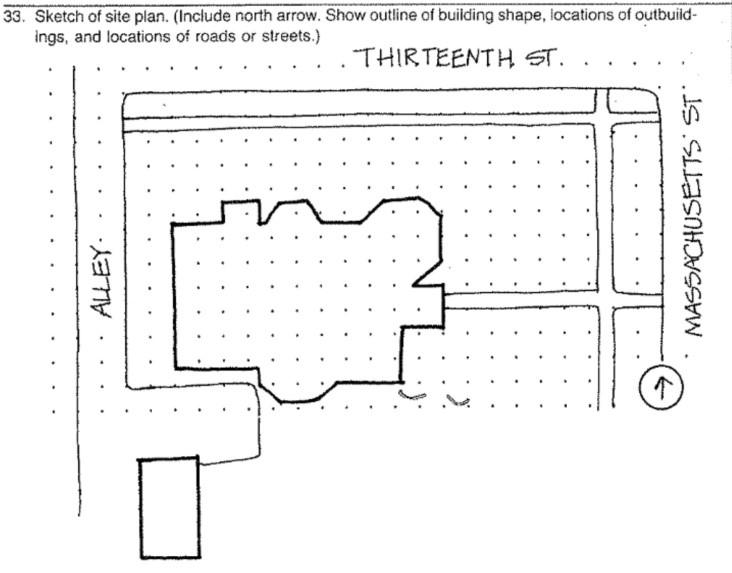 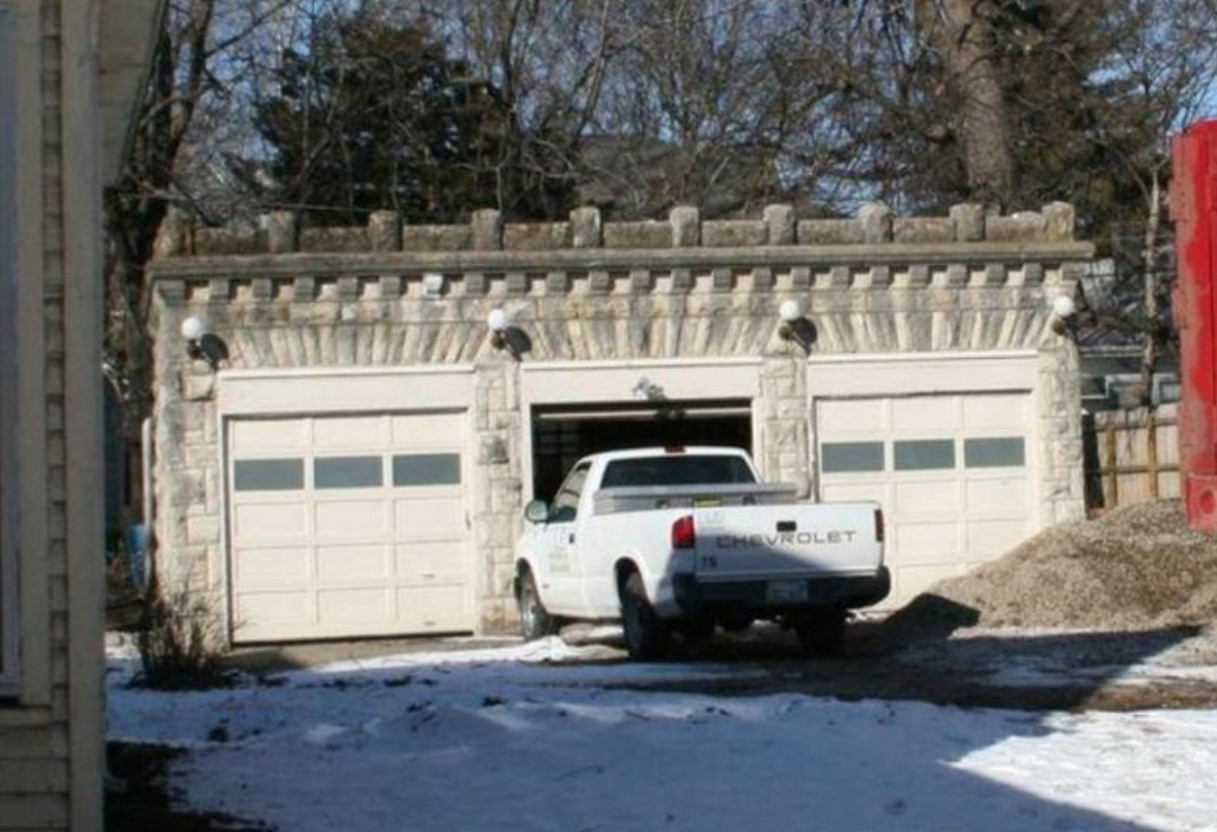 "The Castle" home built of limestone for John N. Roberts was designed by John Gideon Haskell and completed in 1894. The three-story irregular Romanesque revival structure has a full basement. The original design was for a fifteen-room house with two main entrances: to the east, toward Massachusetts Street, and to the north, facing what is now East 13th Street. Elaborate details at each entrance include Corinthian capitals, scroll work, and dentil bands. Between the two entrances is the massive stone tower at the building's northeast corner. The carriage house dates to the late nineteenth or early twentieth century and has become a three-car garage.

John N. Roberts was of Scottish descent and had earned his fortune manufacturing and patenting berry baskets and wooden containers for butter or lard. Roberts was an officer in the Civil War who moved to Lawrence in 1869. He served in the Kansas legislature in the 1880s. Obviously not shy about proclaiming his wealth, The Castle was unlike any nearby home, along the main street in town. Roberts employed a young artist visiting from England to carve the woodwork in the house; Sidney Endacott later became a well-known artist and sculptor before his death in World War I. The nine fireplaces in the house were similar, with wood mantels and brick and multi-colored marble construction; each room was finished in a different kind of wood, including cherry, birch, and walnut. Two elaborately-carved wooden staircases allowed for making a grand entrance. The third floor of the mansion included a ballroom (what self-respecting castle lacks a ballroom?) with stained-glass dormers creating seating areas. A secret staircase (another essential for the proper castle) led from the first floor to the ballroom.

The Roberts family lived in The Castle until 1919, when they sold to J.J. Simons and moved to California. Simons lost the house during the early years of the Great Depression. A local church organization bought the property from a federal mortgage agency in 1937, and held onto it for ten years. The new owner in 1947 was Libuse "Libby" Kriz-Fiorito. Libby operated the Tea Room and used the rest of the building as her private residence.

Before her death in 2004, Libby created a non-profit foundation to own the building and bequeathed funds for its maintenance. Libby was the owner in 1974 when the building was nominated to the National Register. The foundation closed the Tea Room for five years while it undertook renovations of the building, which, unfortunately, removed the main kitchen, showers, and closet space; this rendered the building unsuitable for use as a bed and breakfast. The Tea Room reopened in 2009. The foundation has placed an historical marker in front of the building to depict the story of The Castle.

The interior of the newly-renovated Castle Tea Room can accommodate 150 guests at special events. The new patio space with exterior catering kitchen can hold another 150 to 250 people. A new elevator inside The Castle helps the building meet ADA requirements. A local banker assigned by the county courts in 2019 to oversee the foundation, which was struggling financially, decided that the events business was not going to provide enough income to sustain the building; most of its funds had been spent on the prior renovation. To avoid having to sell the building, the foundation has offered it for lease. The United Way of Douglas County has signed a lease to move its offices into another part of The Castle on its second floor in 2020. The lease includes access to a courtyard and the property's carriage house, which may come in handy for the organization's fundraising efforts.