The Hand Tub House, a central figure of the Rocks Village Historic District, was built in 1840. Called a hand tub house because it housed a manually operated fire-fighting pump, it is essentially an early firehouse. This public building has been used throughout its existence as a firehouse, community center, meeting space, and as part of a museum. 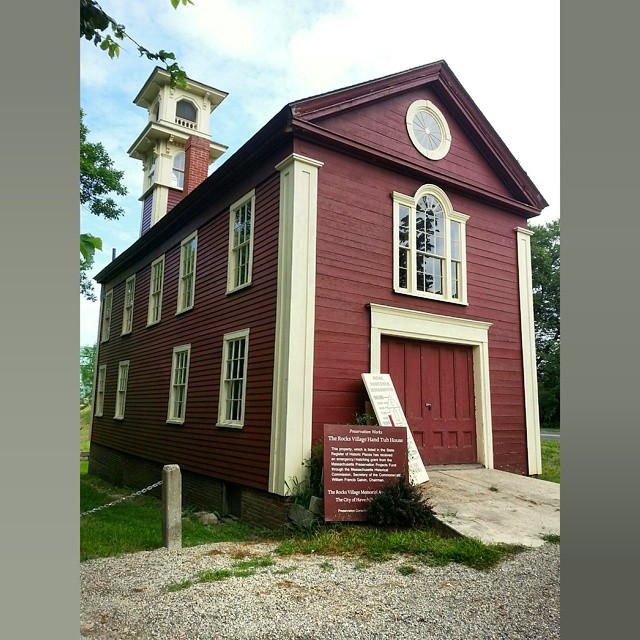 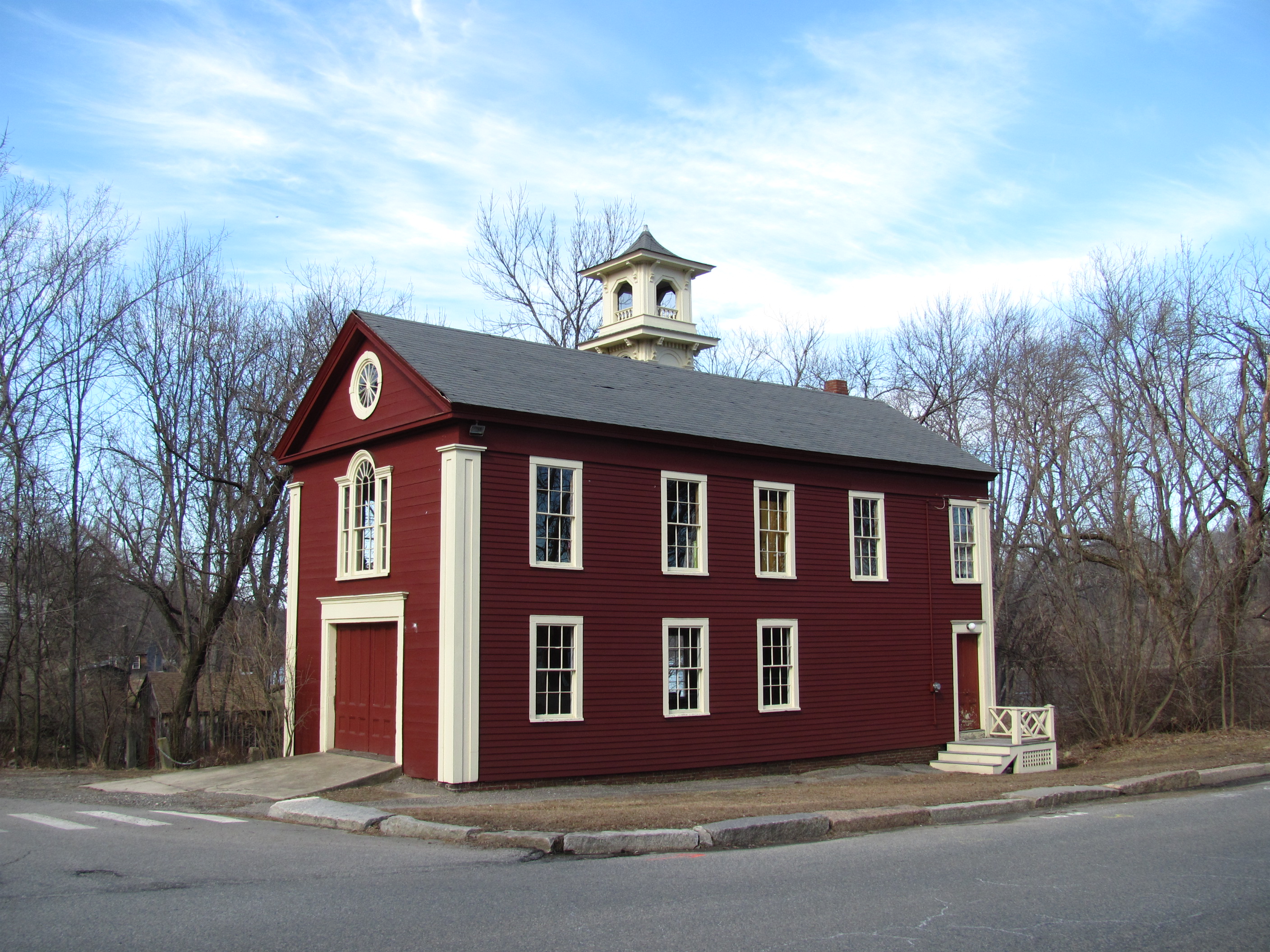 The Hand Tub House was constructed primarily using Federal stylistic elements; however, the window above the fire door on the façade of the building gives the building a slight classical air. This type of tri-part window, known as a Palladian window, is most common in classical revival styles. Within the street-facing gable there is a circular window, and the bell tower is in the center of the roof. In 2011 the City of Haverhill received funding from the state historical commission to repair and restore the brick piers and also the building’s masonry. Owned by the City of Haverhill and under stewardship of the Rocks Village Memorial Association, the building as of 2018 is part of the Toll House Museum.

The original toll house, to the right of the hand tub house, was taken to Michigan to be a part of Henry Ford’s Deerfield Village, but sat next to the bridge from 1828 to 1911. Students from Whittier Regional Vocational Technical High School rebuilt the toll house, constructing the building in a shop at the school where it, once complete, was disassembled and then re-assembled here on site. Students also used the historic blueprints, and all materials were donated by local businesses. Originally the collector in the building would have gathered fees from those using the bridge and during down time would have made shoes there, another industry for which Haverhill is famous.