Located on the north side of Colfax Avenue near East High School. The Sullivan Gateway is an impressive entryway to the City Park Esplanade. It was a memorial envisioned during the "Denver City Beautiful" campaign in the early 1900s. It was erected in honor of one of the founding leaders of Denver, Dennis Sullivan. Sullivan moved to Denver penniless and quickly rose up making his mark in Colorado's history. This monument was close to ruin after a century. It was on the 2010 Colorado's Most Endangered Places List. A grant funded renovation project, restored the memorial back to its original condition.

Sullivan Gateway one side 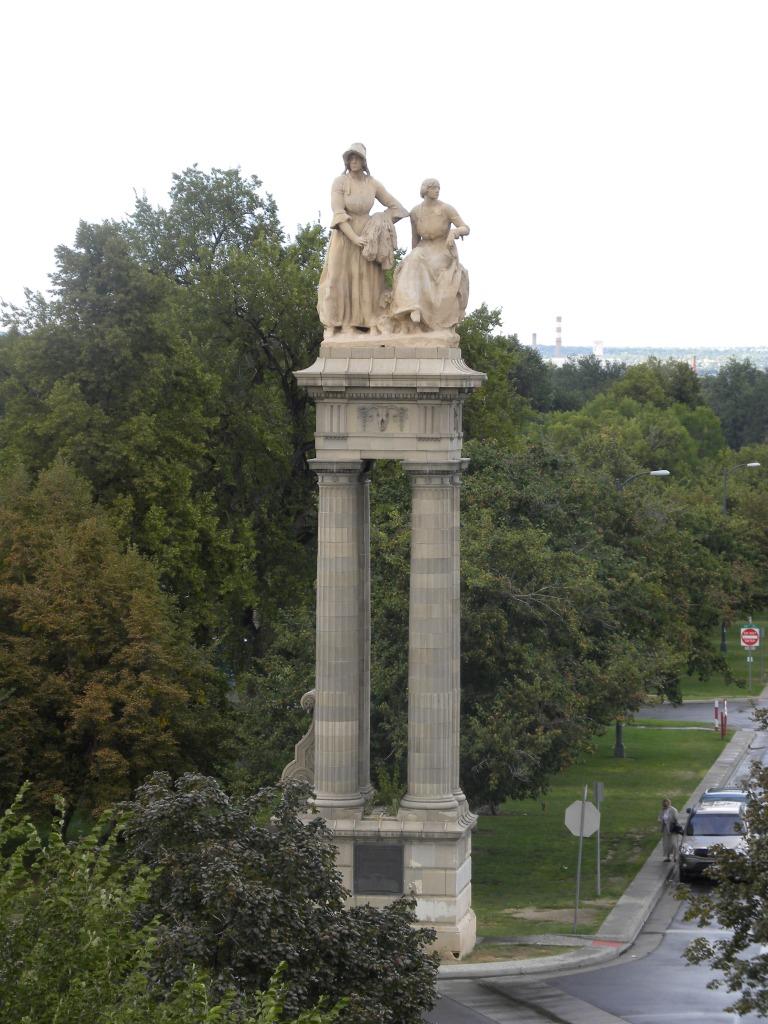 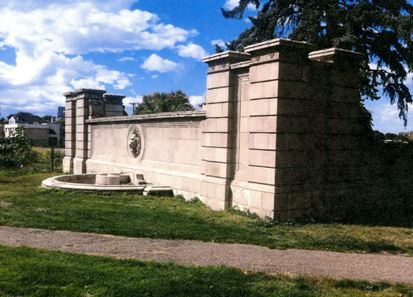 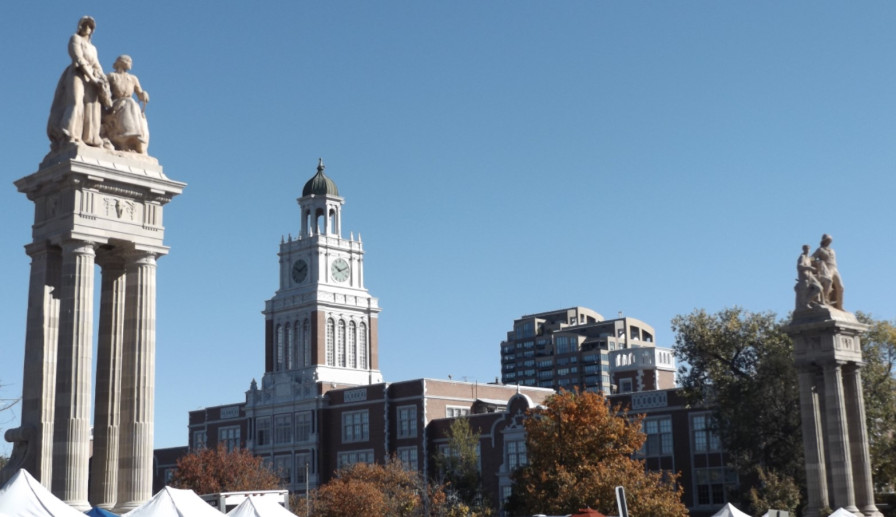 Condition of terracotta walls in 2014 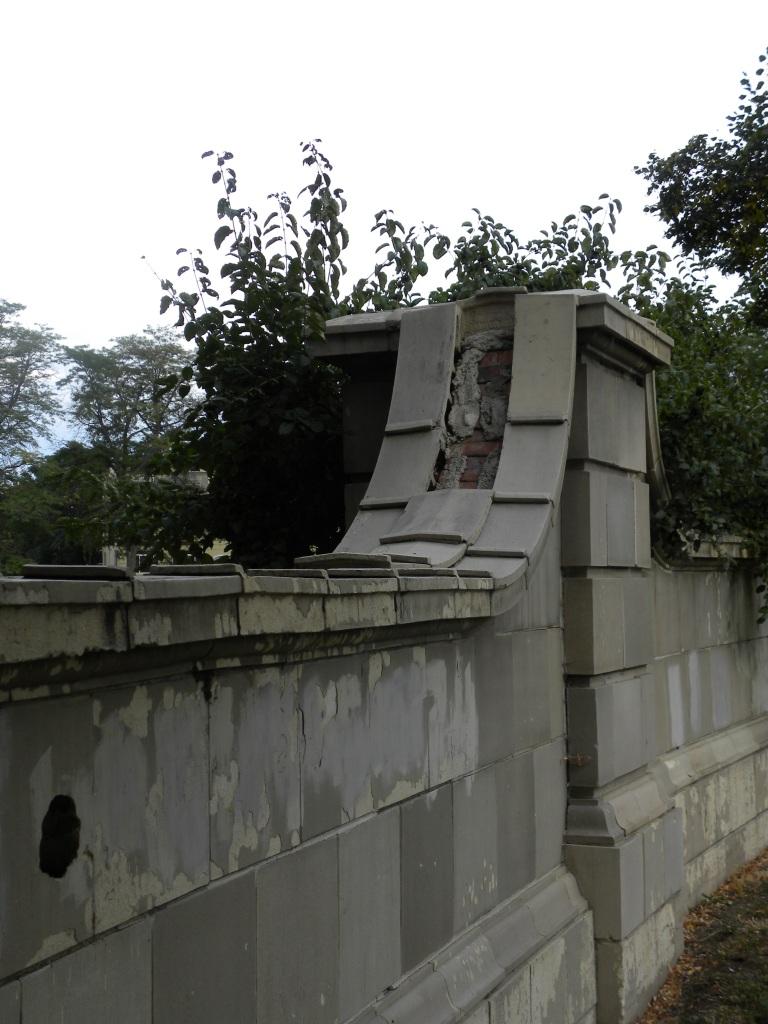 During the “Denver City Beautiful” campaign, this gateway was devised in 1906. It was to be a grand entrance to City Park from Colfax. The original blueprint for City Park was to connect it to another large park on the south side of the city. This would be done with an ornate road. The Esplanade that extends from the Sullivan Gateway to the Thatcher Memorial in City Park was the start of this road. The road extending to the south of Colfax was never completed. John Clark Mitchell donated $35,000 to build the Gateway Esplanade to City Park, in Dennis Sullivan's name.

Sullivan was a Denver businessman who went from rags to riches. He arrived to the city from New York in the late 1800’s, penniless. He amassed a good start in mining, and was appointed by the Third General Assembly of the State to the Board of Direction. While on the Board he laid the groundwork for the Capitol Building. He also served as leadership to the City National Bank, The Colorado Fuel Company, Denver Consolidated Electric Company, American Water Works, Denver City Water, and the Holly Sugar Company. He was also part of the beginnings to the Cherry Creek Dam. When Mr. Sullivan passed in 1915, his obituary in the Colorado's Mining and Scientific Press stated,

"He was a shrewd, but kindly man."

New York Artist Leo Lintelli sculpted the freestanding works. He is most known for his work with the Golden Gate International Exposition and the Rockerfeller Center. The Sullivan Gateway consists of: one Doric column on each side of the Esplanade, with semi-circular wall extending from each column, and a fountain in front. Mounted atop the columns, are sculptures depicting scenes of Colorado’s mining and agriculture roots. Molded lions heads are mounted into the semi circular walls.

In 2010 the Sullivan Gateway hit the Colorado Most Endangered Places List. By 2015 the gateway was in seriously bad condition. The terracotta walls had broken in spots. Plants had taken over and were growing out of the gateway. Graffiti was rampant. It was awarded a large grant from the State Historical Acquisition and Development Fund. In 2016, Bishop Mundus Design embarked on a three-step plan to save it. To renew it back to its original state, they used historic photos and molds from the original pieces. In 2018 it was officially restored to its original splendor.