In late 1918 or early 1919 the idea of a first class theatre in Wenatchee was conceived. It was then that W. S. Gehr met A. A. Algase of the Northwest Theatre Company in Seattle. It was agreed that Gehr would build a good theatre in Wenatchee and Algase would lease the theatre for ten years on reasonable terms. E. W. Houghton, an architect who had designed theatres for Algase was contacted. When Gehr returned to Wenatchee, he organized the Mission Investment Company and bought a 175 x 120 ft. plot of land on the southeast corner of Mission and Palouse. Most of the stock was owned by the Wenatchee Realty Company. The building was constructed and equipped for somewhat over $150,000. Five modern stores on Palouse Street were built at the same time and were readily rented to local business firms. The theatre had a luxuriously appointed ladies’ rest room, a men’s smoking room, and upholstered opera chairs. It also featured a large stage. The theatre bought a $25,000 Wurlitzer organ, which was built to order and especially constructed to blend with the acoustical properties of the theatre. It took three weeks’ time to fine tune the organ in the theatre. The theatre opened December 21, 1919. The pre-opening matinee featured “Chin Chin”. “Soldiers of Fortune” was shown at the Grand Opening. The program also included Harold Lloyd in “Bumping into Broadway” and Pathe Review, a newsreel. H. C. McDonald played the organ. Admission prices were 25 cents for children and 50 cents for adults. Loges were 75 cents. A war tax was added to the basic admission charge.

Illustration of the Liberty Theater by artist Betty Bell. 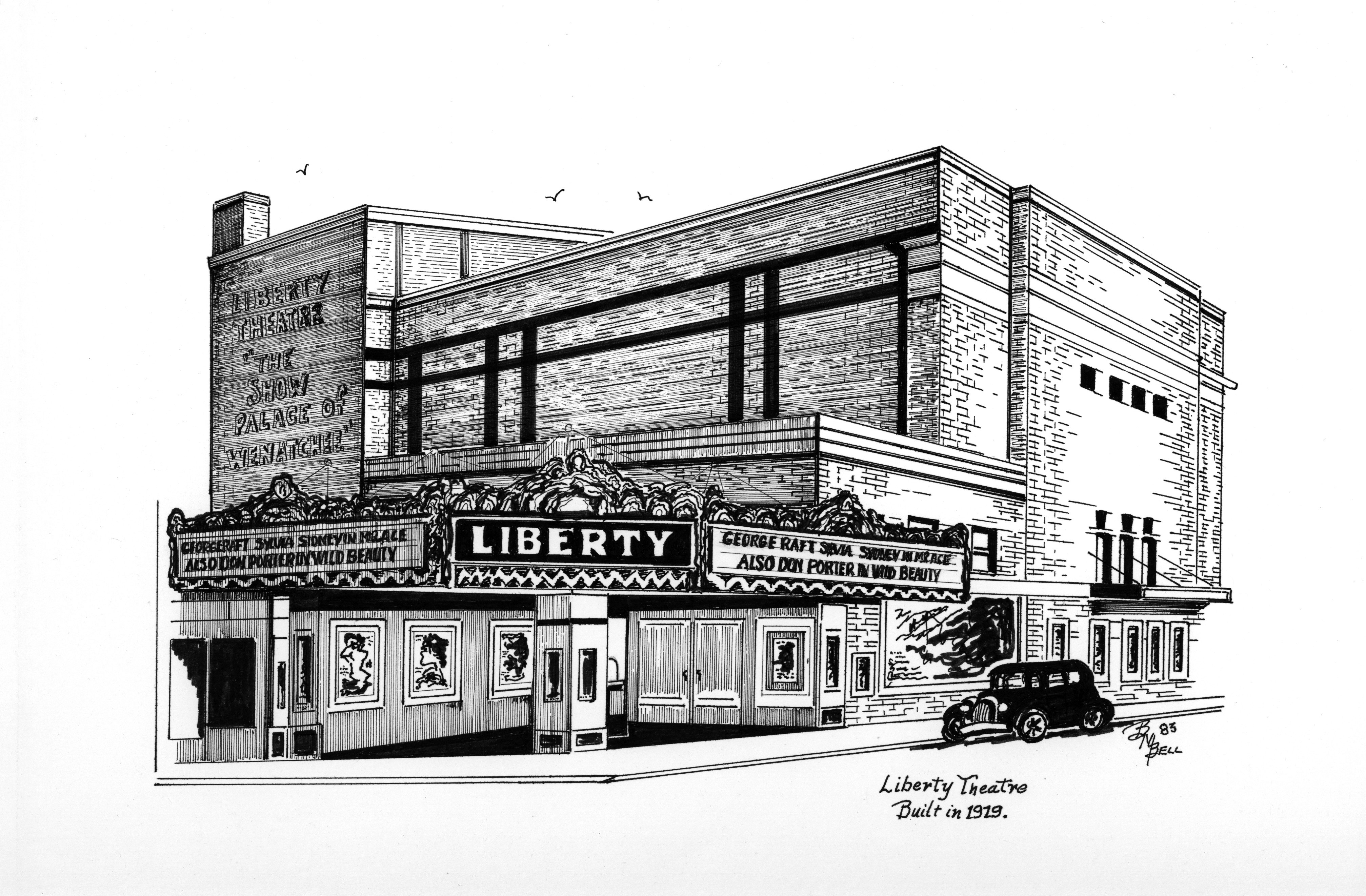 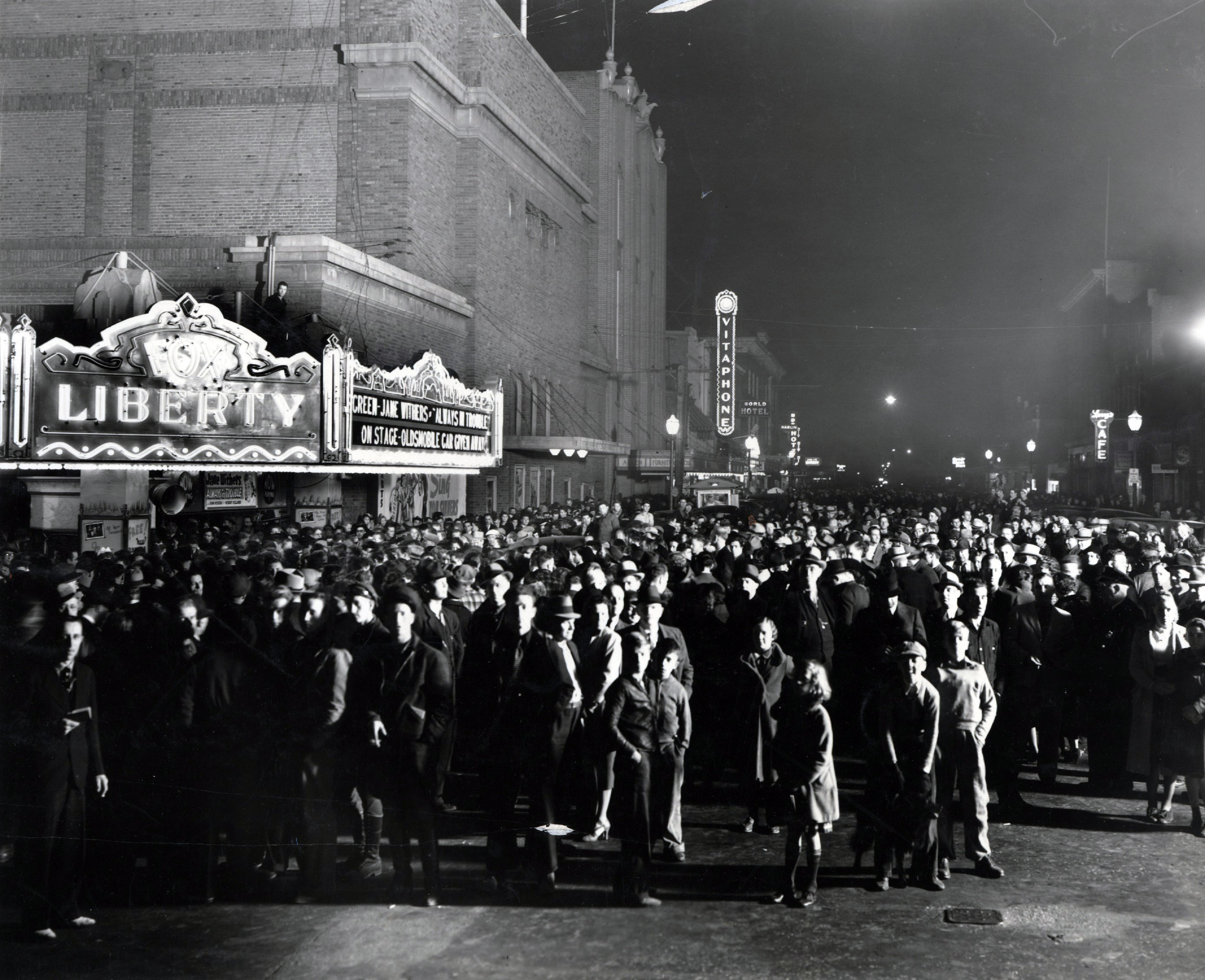 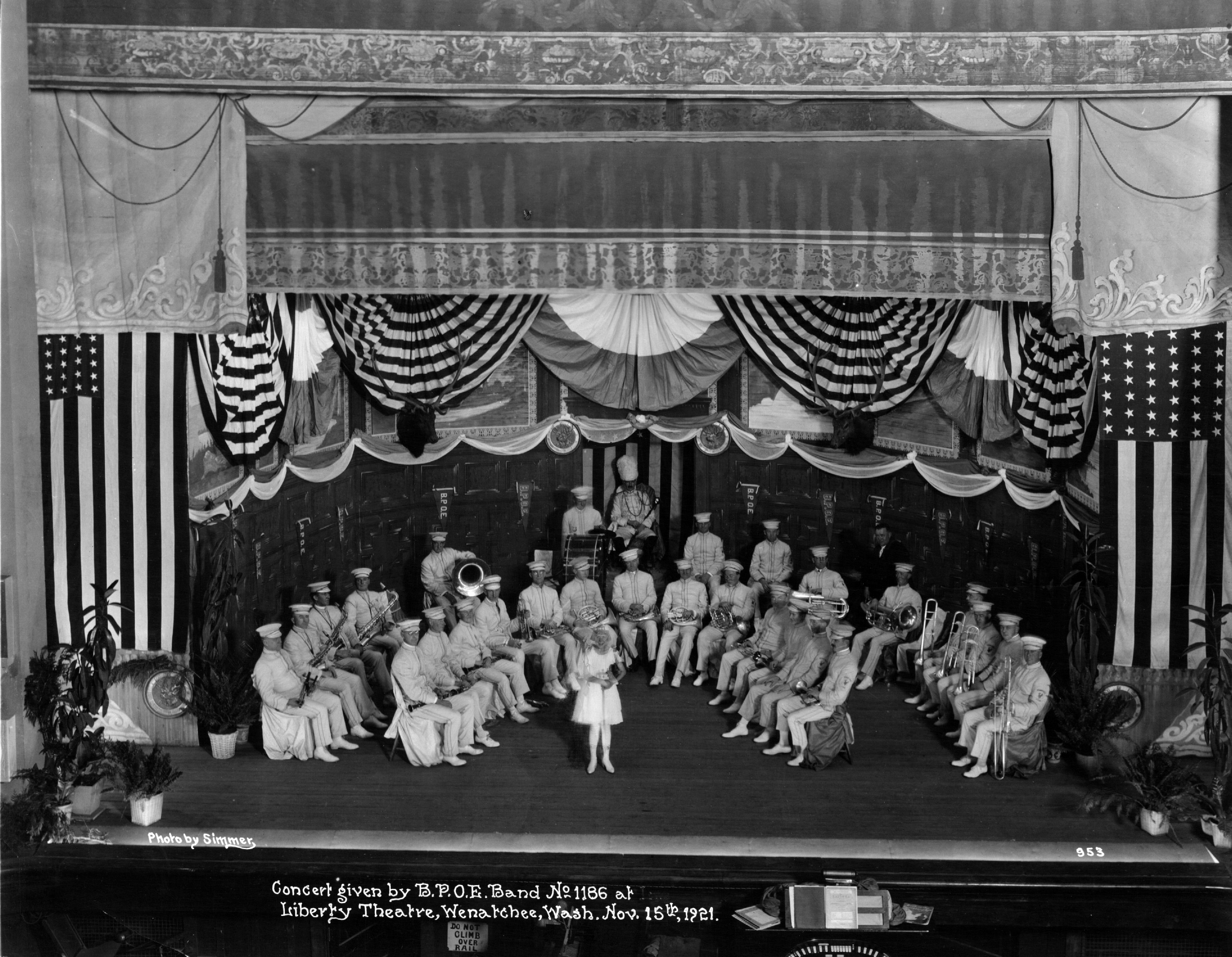