The William K. Kohrs Memorial Library was built in 1903 by cattleman and state senator Conrad Kohrs and his wife, Augusta, as a gift to the city in honor of their son, William, who died suddenly in 1901. Conrad Kohrs was one of most successful cattle barons in the country during the late 19th and early 20th centuries. He contributed greatly to the economic prosperity of Deer Lodge and western Montana. The building itself is a fine example of Beau-Arts and Classical Revival architecture. It features a granite and sandstone exterior, a terra-cotta tile roof, a portico main entrance with Ionic columns, a central dome of colored glass, and a memorial stained glass window dedicated to William. The library is therefore historically significant for its architecture and association with the Kohrs family.

The William K. Kohrs Memorial Library was built in 1903. 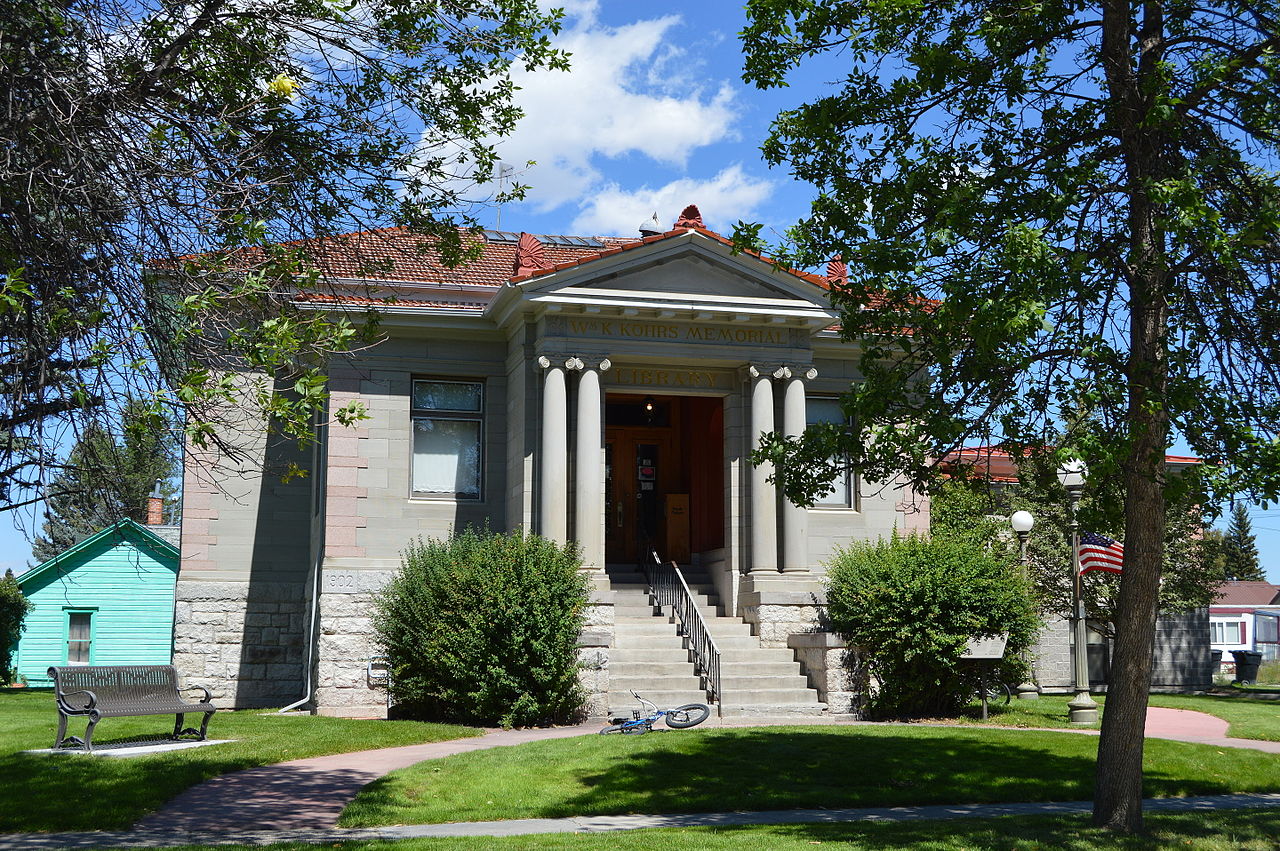 William Kohrs was studying electrical engineering at Columbia University in New York when he died unexpectedly after having an appendectomy. Conrad and Augusta believed a library would be an appropriate memorial because it would honor their son who was committed to his education. The library also symbolizes the stability and prosperity Deer Lodge had achieved by 1903. By then, residents were yearning for a cultural institution where they could pursue their intellectual ambitions. In addition to providing funds to construct the building, the Kohrs also donated equipment and thousands of book. The library continues to be a vital part of the community today. It was added to the National Register of Historic Places in 1979.