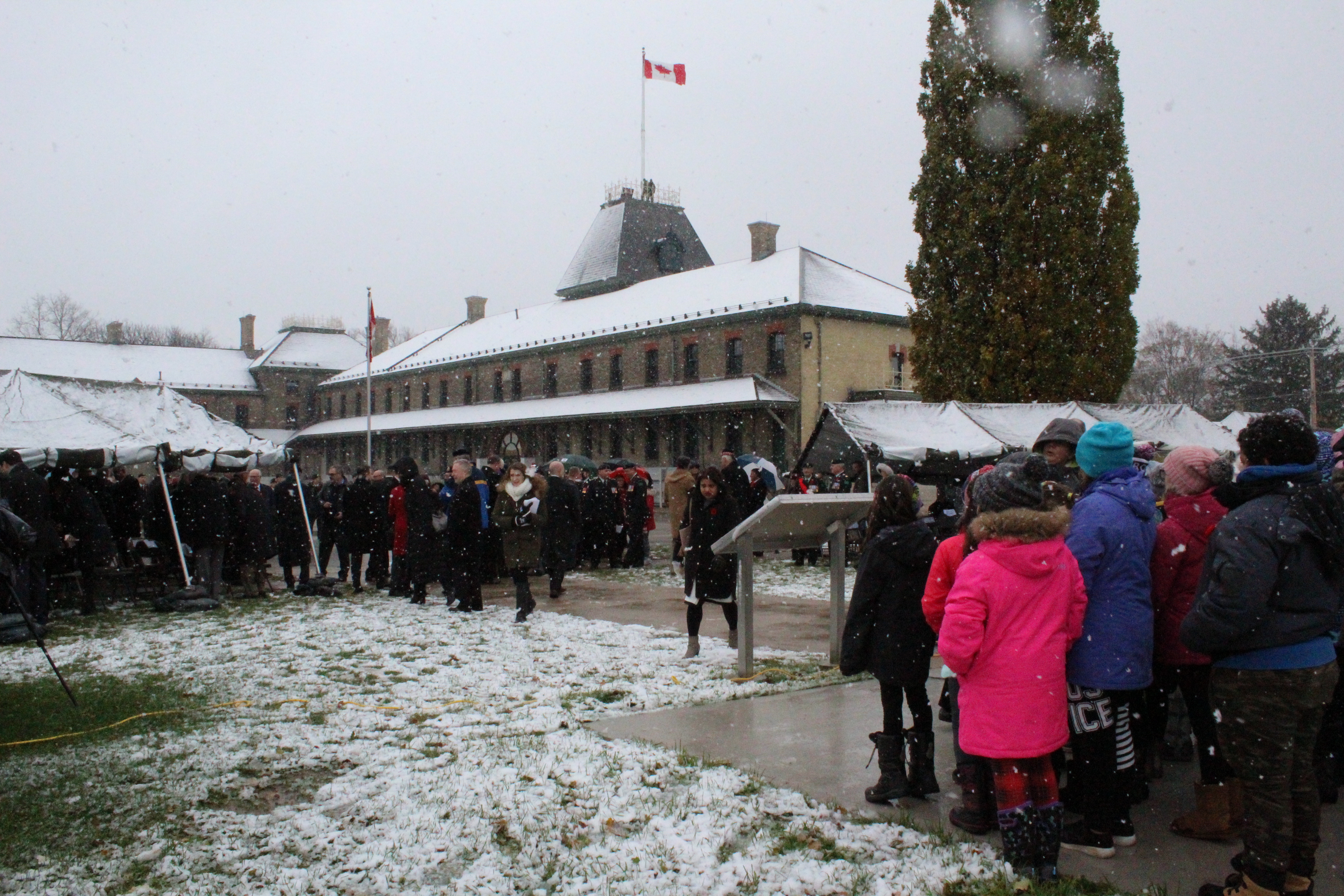 Plaque from the LAV III Monument at The RCR Museum 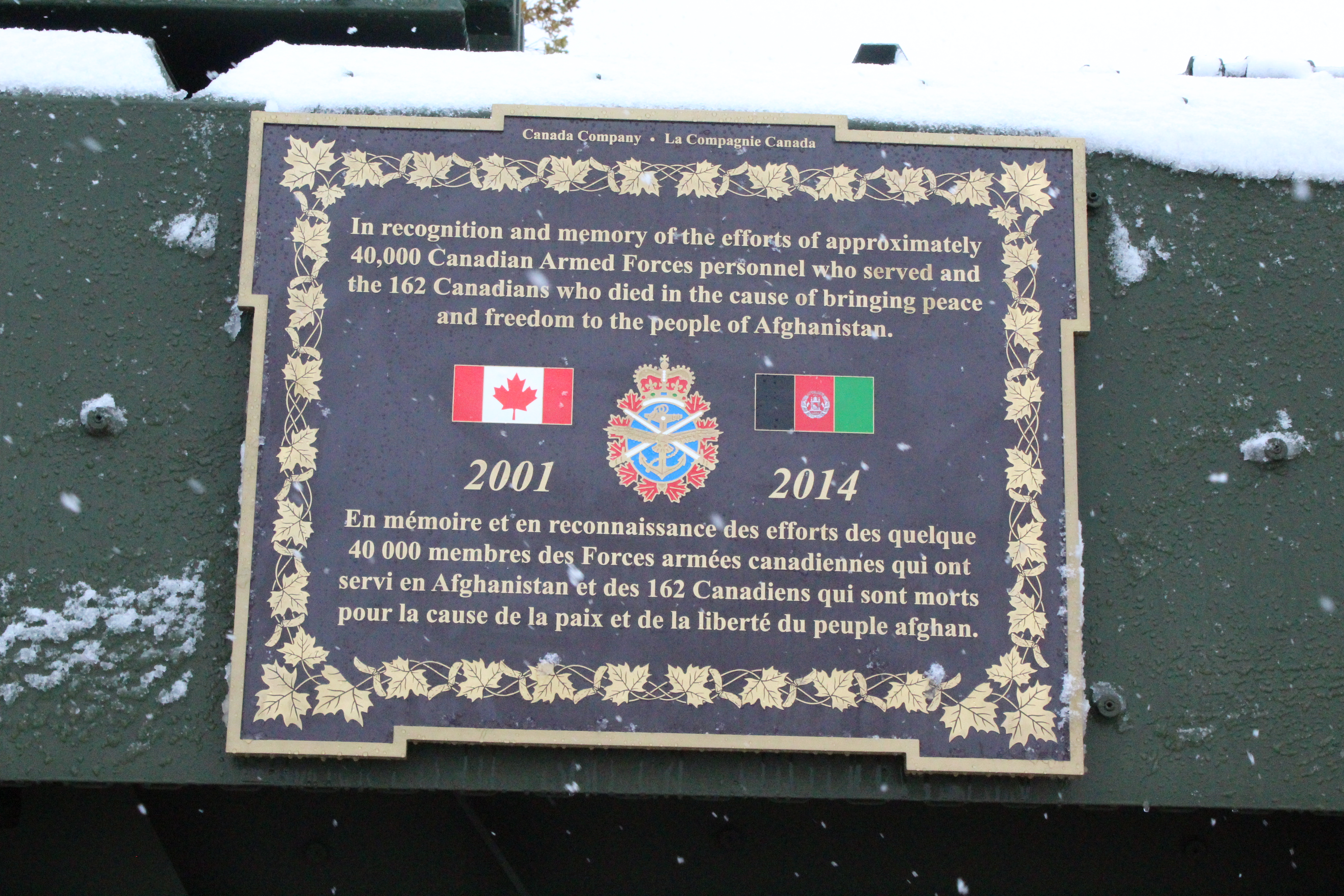 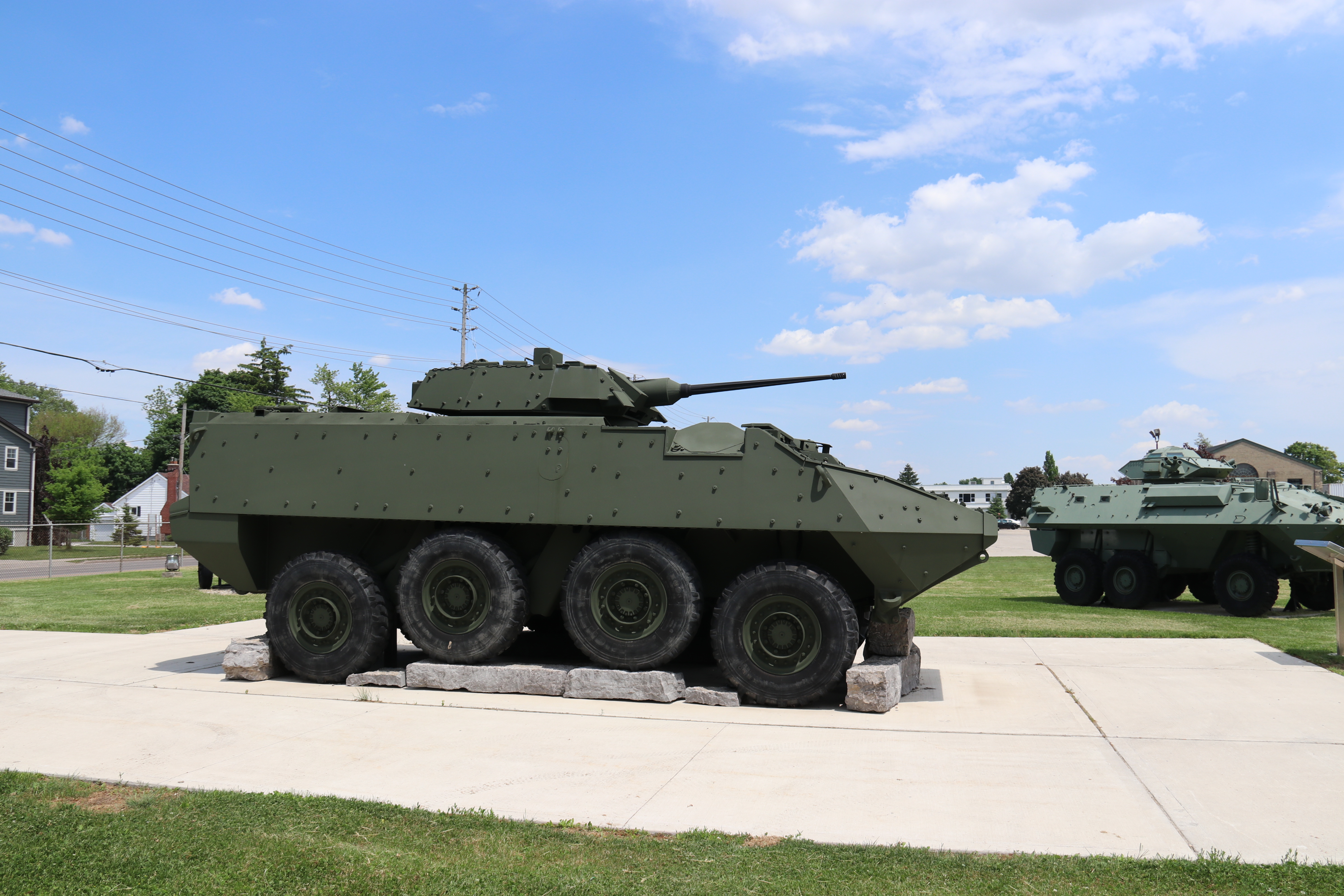 These types of vehicles and artillery pieces were used in various conflicts that The RCR was involved in including the North West Resistance in 1885 (RML 9lb Field Gun), the Second World War (Ordance QF 25 Pounder, Type 41 Mountain Gun, and Universal Carrier), Peacekeeping (Lynx, Grizzly), and the conflict in Afghanistan (LAV III).

The LAV III Monument is the result of a partnership with the City of London, who owns the vehicle, and Canada Company who seeks to recognize the service and sacrifice of the Canadian Armed Forces in Afghanistan by providing a full-sized demilitarized vehicle to qualifying communities throughout the country. During an unveiling ceremony held on November 9, 2018, local community connections to the LAV Ill Monument Program were highlighted. For example, the vehicle was built by the General Dynamics Land Systems-Canada (GDLS), and the refurbishment was undertaken by Militex Coatings, both based in London, ON. Additionally, Trooper Mark Andrew Wilson of London, who was killed by an improvised explosive device in Afghanistan, was also commemorated at the ceremony.

Please stay tuned for a dedicated tour of these pieces to learn more about them.