The Cherry Creek Valley was once home to many Native American tribes such as the Ute, the Arapaho, and the Cheyenne. 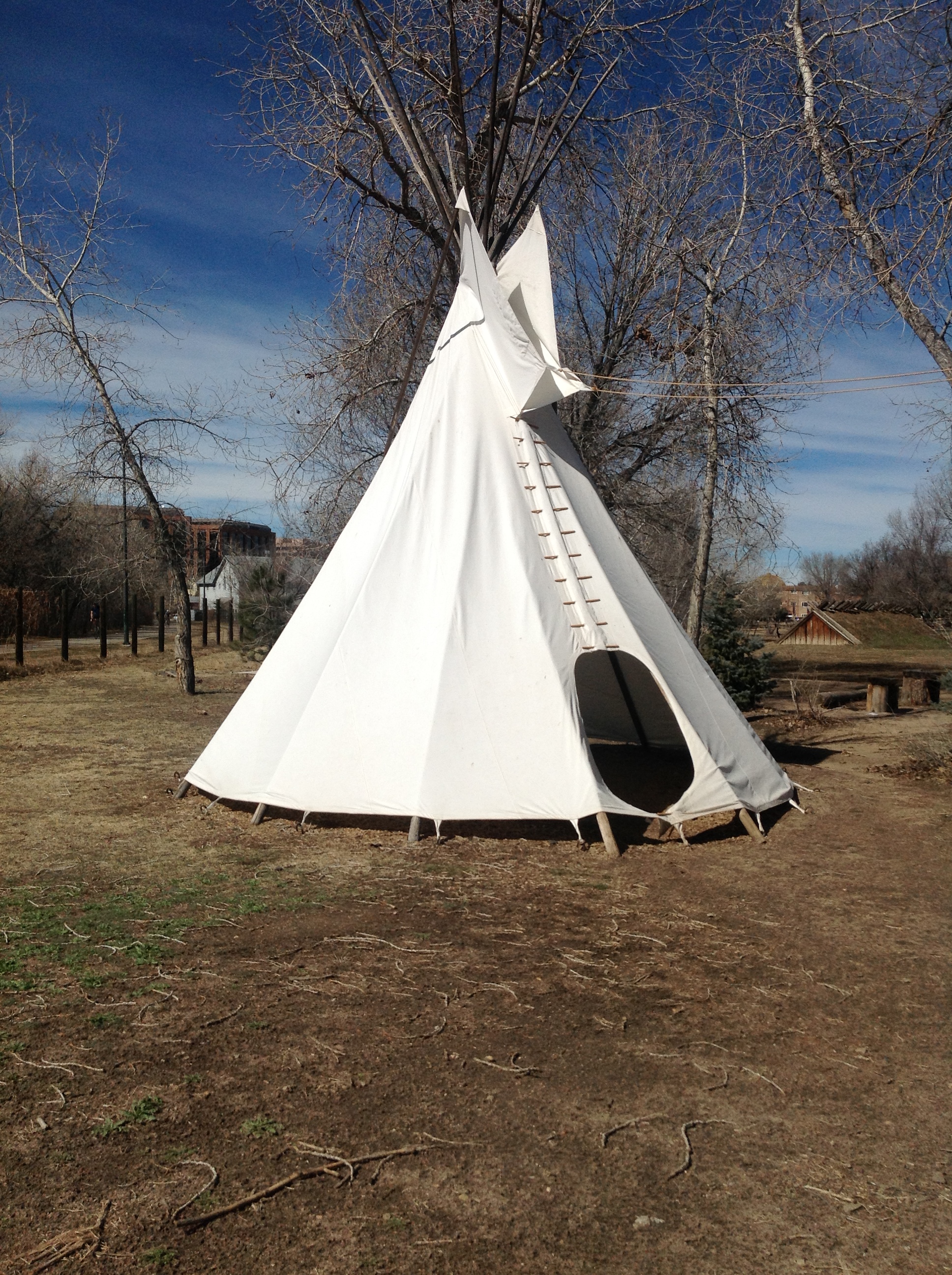 These Plains tribes lived in conical dwellings called tipis. Tipi poles were usually made of pine or other sturdy trees. Ten to sixteen poles were used to construct the frame. Tipi covers were made of eight to twenty bison hides. (The Utes, who lived in the mountain areas, would sometimes use elk hides for their tipis.) The fur had been removed from the hides, and then smoked to make them waterproof. The hides were sewn together using sinew, which is a tendon. The sinew would be dried, turning it into a tough, stringlike strip. These were just two parts of the bison that the Native Americans would use.

Tipis were owned by women; the outside could be painted by a man, but only with the woman’s permission. The inside of the tipi was lined, making it very warm when a fire was lit in the middle of the tipi. Smoke flaps at the top of the tipi allowed for smoke from cooking fires to escape. Four Mile’s tipi is relatively simple. It is made of canvas and is often used for educational purposes.

Encyclopedia of the Great Plains | TIPIS