The Kleffner Ranch is a popular event venue and historic site listed on the National Register of Historic Places. It was established in 1888 by William C. Child, who was among the first ranchers to introduce Hereford cattle in the state. The ranch features the large 1889, 10,000 square-foot barn (one of the largest in the West), an octagon-shaped mansion Child erected in 1885 with a ballroom on the second floor, a banquet hall, the Cottonwood Grove, and a restored cabin that's the oldest structure on the property.

The Kleffner Ranch was established in 1885 by William C. Child. It is a popular event venue today. 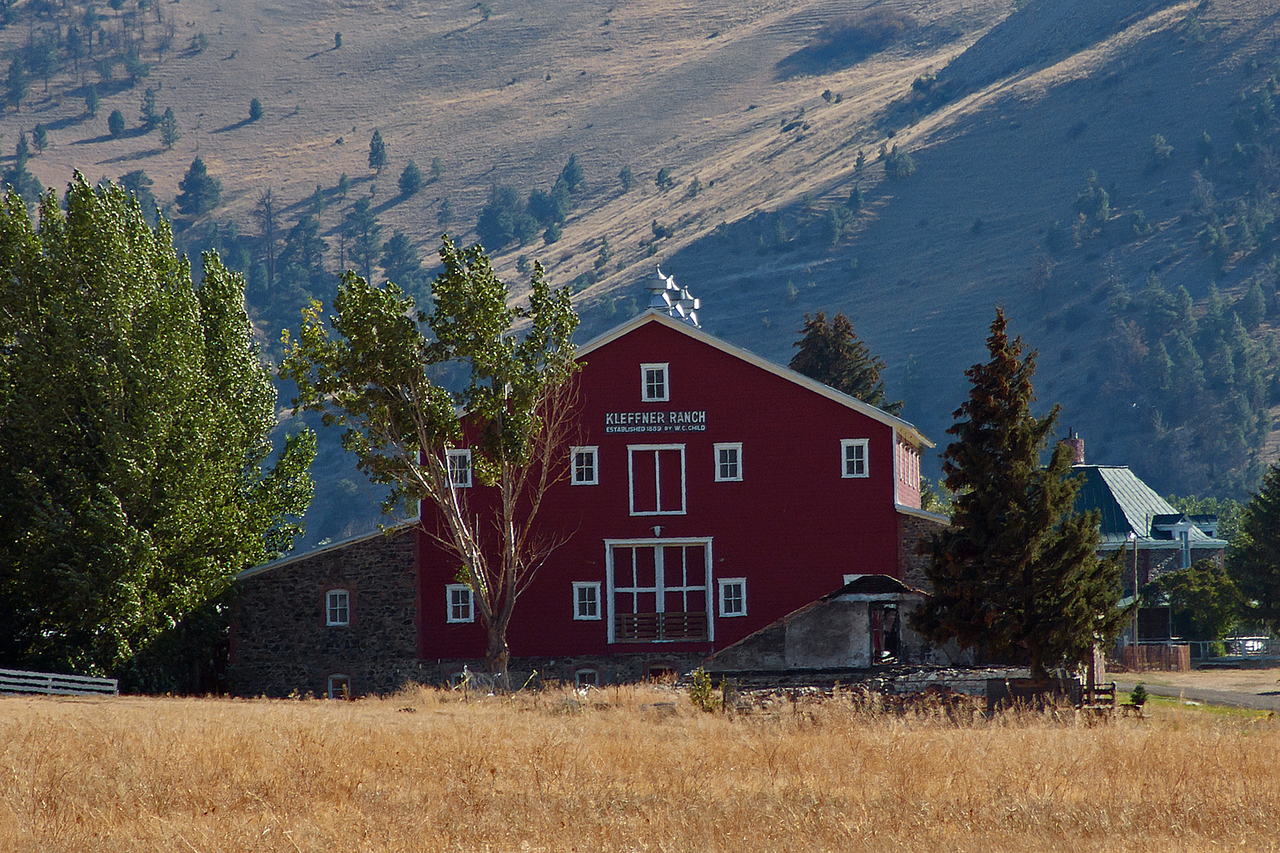 The Octagon House features a ballroom on the second floor. 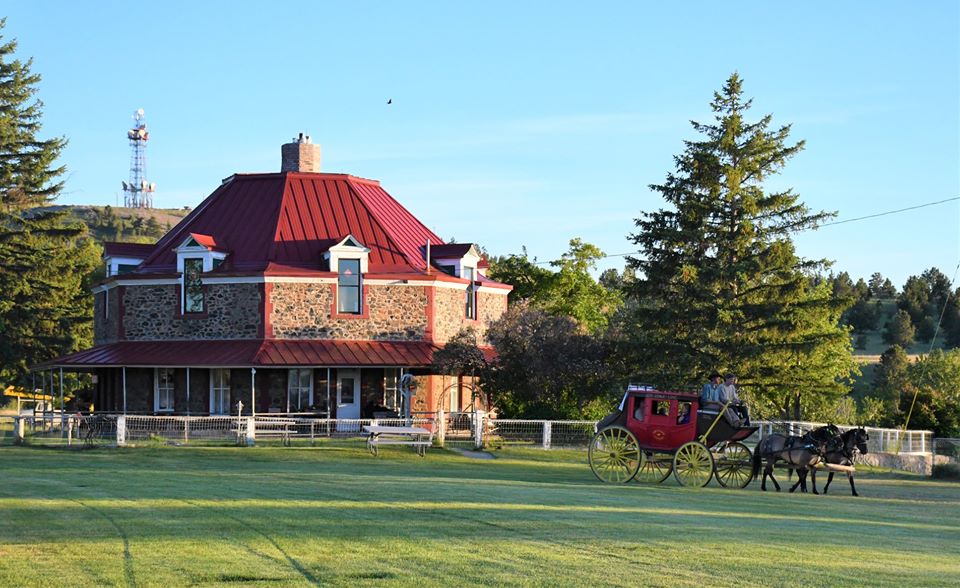 Child arrived in Montana around 1870. At the time, he was, apparently, employed as an agent by the Wells Fargo Express Company, which offered customers fast and secure transportation of gold and other valuables. Two years later, President Ulysses S. Grant appointed him Registrar of the Land Office for the Montana Territory. Child also invested in mining interests.

Around 1885, he bought the ranch, introduced Hereford cattle, and named his new property White Face Farm. He built the large barn (and other buildings) after the terrible winter of 1886-1887, which decimated the livestock population in the northern plains region. The barn was able of storing more than a quarter of a million cubic feet of hay and it protected cattle from the strong winds from west and northwest. Child hired 30 masons from Italy to do the stonework of the barn. Since Child lived in Helena, the octagonal house was not a permanent residence but was for primarily meetings and parties. Unfortunately for Child, he died in 1893 a financially ruined man as a result of the Silver Panic of that year. The current owners bought the ranch in 2005.

"Your Dream Venue in the Heart of Montana." Kleffner Ranch. Accessed June 25, 2020. https://kleffnerranch.com/venues.