Saginaw Valley Naval Ship Museum was established by residents of Bay City who hoped to bring a historic naval vessel to their community's waterfront. The organization succeeded, securing the USS Edson in 2013. The USS Edson was a vital member of the Pacific Fleet during the Vietnam War and other conflicts in the U.S. fight against communism in Asia. The organization offers tours of the Edson and also maintains responsibility for maintaining the vessel.

The Edson at sea 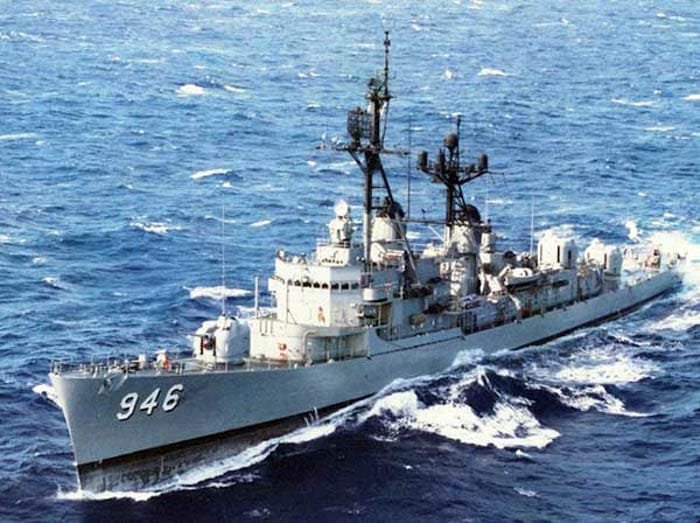 The Edson in heavy seas off the coast of Vietnam 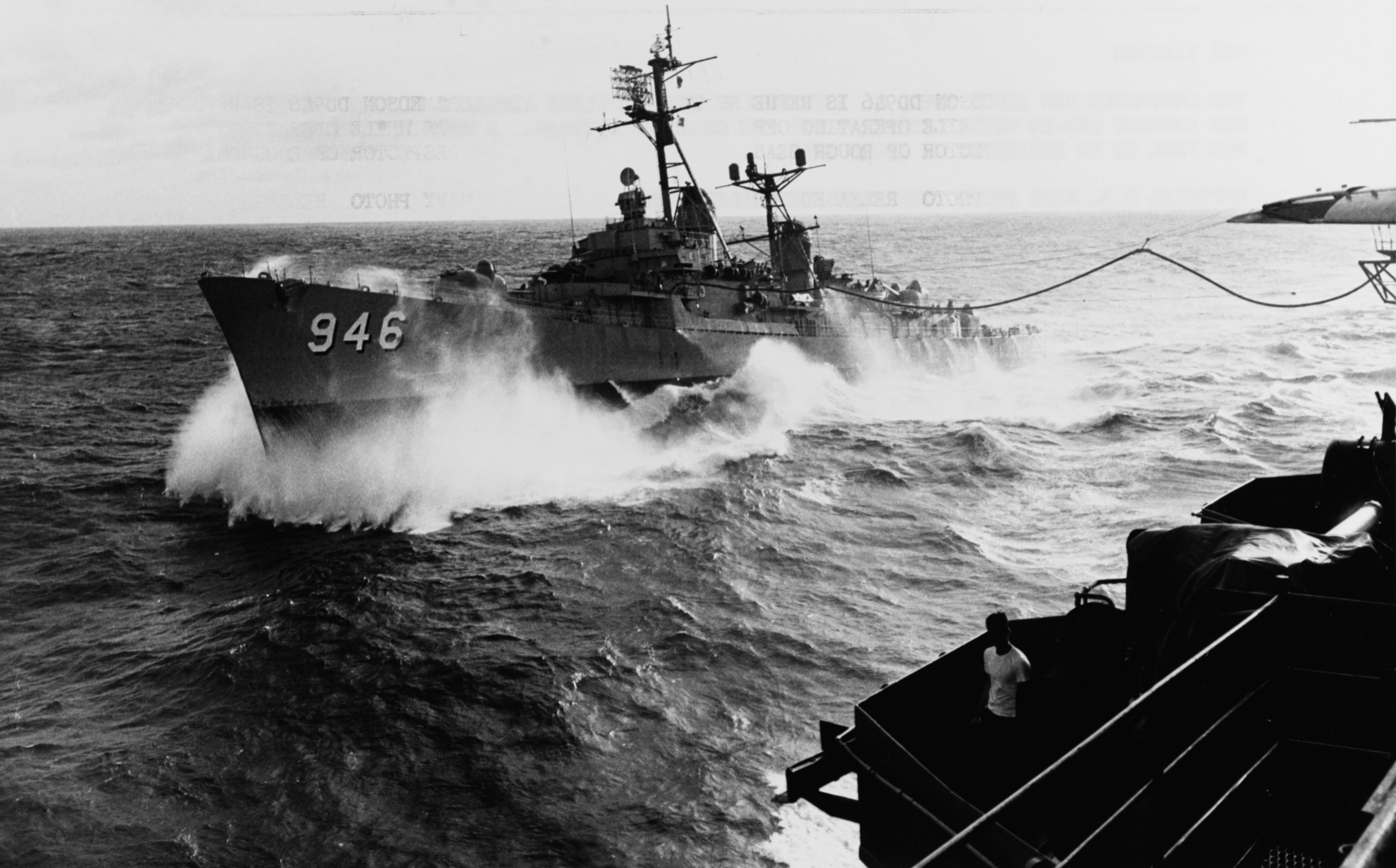 The USS Edson was a Forrest Sherman-class destroyer of the United Stated Navy. This class of destroyer was the most built type of surface warship in U.S. Navy history.  Using lessons learned from WWII, the Edson was an adept anti-submarine and screening escort vessel.1 The USS Edson was built in 1958, and it was the last of its class to be retired. Edson was built by Bath Iron Work in Maine, although her home port was Long Beach, California where she first served in the Pacific.

During the early years of the US intervention in Vietnam, the USS Edson operated off the coast of Vietnam and the Taiwan Strait. The ship was present for the Gulf of Tonkin Incident, an alleged attack on the USS Maddox that President Johnson and Congress cited in defense of their plans to escalate American involvement in Southeast Asia. The Edson received her first of three Navy Unit Commendations for service in the incident.2

The Gulf of Tonkin incident led Congress to pass the Gulf of Tonkin resolution which granted President Johnson the ability to intervene with military action in any country in Southeast Asia that may fall to communism. Details of the incident and subsequent actions by the hawkish Secretary of Defense Robert McNamara and President Johnson are still disputed to this day. It is certain that their decisions led to one of the longest and most costly conflicts in U.S. military history.3

The Edson spent ten years running gun line duty off the coast of Vietnam. The ship received its second and third Navy Unit Commendations for its role in the evacuations of Phnom Penh, Cambodia and Saigon, Cambodia. All told the Edson spent around 30 years as a member of the Pacific Fleet and ran training missions until it was decommissioned in 1988.

With more than 3,000 miles of coastline, Michigan has an impressive maritime heritage. Several cities along the lakeshore host museum ships that are open to the public for tours, in season. Among them are a WWII-era submarine, an LST, a Coast Guard icebreaker, a Vietnam-era destroyer, and a lake freighter.