The Executive House Hotel was constructed in 1974-75 under the request of former Georgia Governor, Carl Sanders. The project, upon completion, was regarded as a driving component in the Augusta downtown revitalization due to the convention and meeting space amenities it offered. In 1995, Ramada Worldwide, a chain of Wyndham, purchased the Executive House and renamed it the Ramada Plaza. 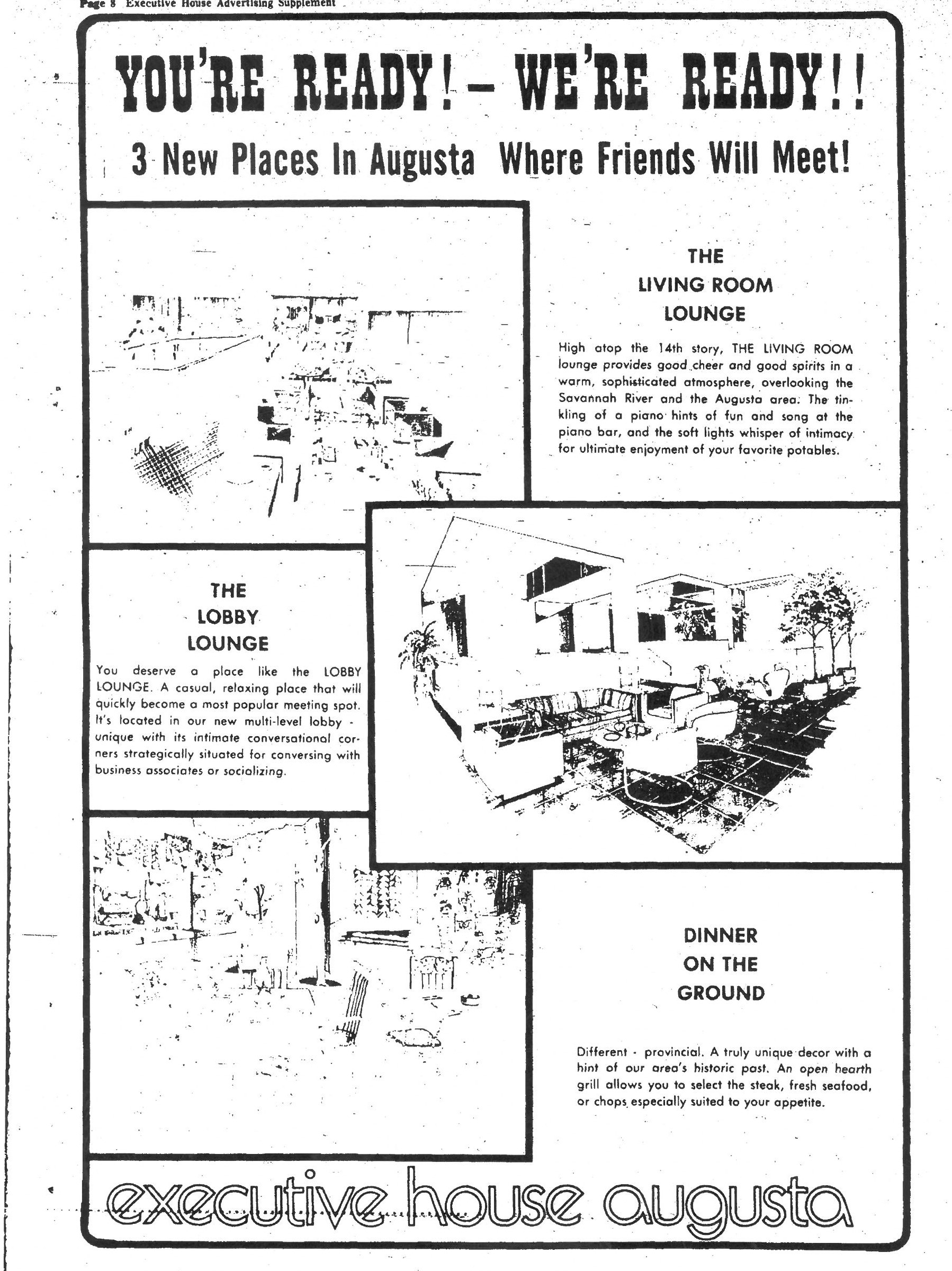 View of hotel from 400 block of Broad St 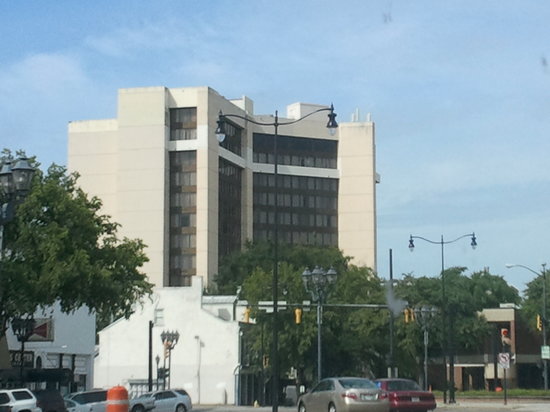 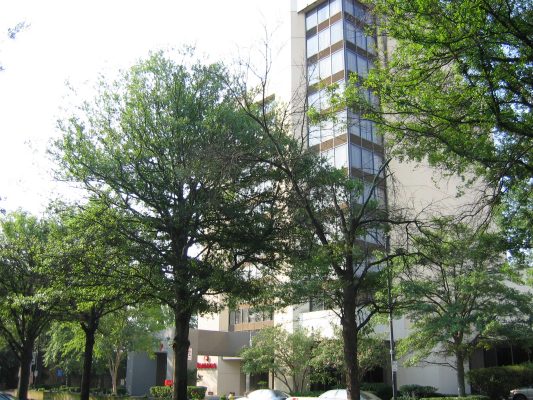 Ad for grand opening of hotel 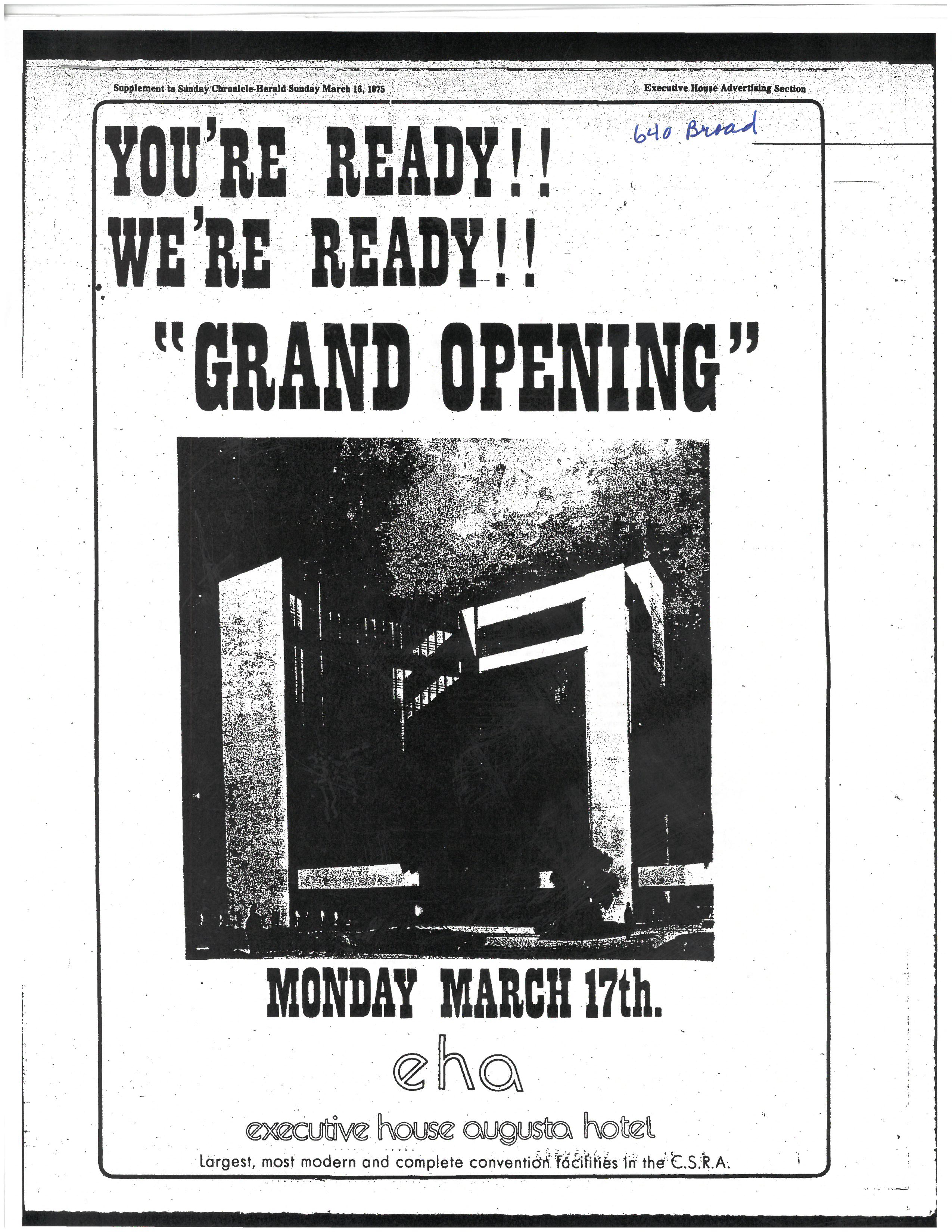 Began as the Executive House in 1972, built by a partnership including former Georgia Gov. Carl Sanders. The Hotel experienced a number of various owners and was renamed the Ramada Plaza in 1995. An article announcing the hotel's transition from the "Executive" to the "Ramada" also mentioned the advertisement of a Jack Nicklaus Suite, perhaps a room he booked during Masters Week.

The hotel opened on Monday 17, 1975. The $6 million 14-story building offered proof of the rapid economic development promised to the people of Augusta. The attendance for the hotel's grand opening was described as a "fantastic crowd" by the Chronicle. A cow and her son from the Borden Milk Company even made an appearance. The hotel was very successful during its early phase, and the Jack Nicklaus Suite was booked a month in advance for master's week at the price of The two bed and bath Penthouse suite had already been booked for master's week, about a month in advance for the price of approximately $400/night.