The Fenton House is a historic ranch house originally built in the mid-1860s. It is significant in the areas of agriculture and women's history. Now serving as a place of retreat for ministers, the house is the centerpiece of a 160-acre homestead that is also known as the Ferris-Hermsmeyer-Fenton Ranch. The house consists of an 1866 cabin and the two-story addition built in 1900. The property also features other structures including two old barns, one of which was originally constructed around 1866 and expanded by 1937, and a horse barn that was also built around 1866. The ranch was established in 1872 by Jane Ferris, who was likely the only woman in the area to acquire the property through the preemption, which was a law that allowed people to claim land not yet surveyed by the federal government. The property was added to the National Register of Historic Places in 2008.

The Fenton House is the centerpiece of a historic ranch established in 1872 by Jane Ferris. 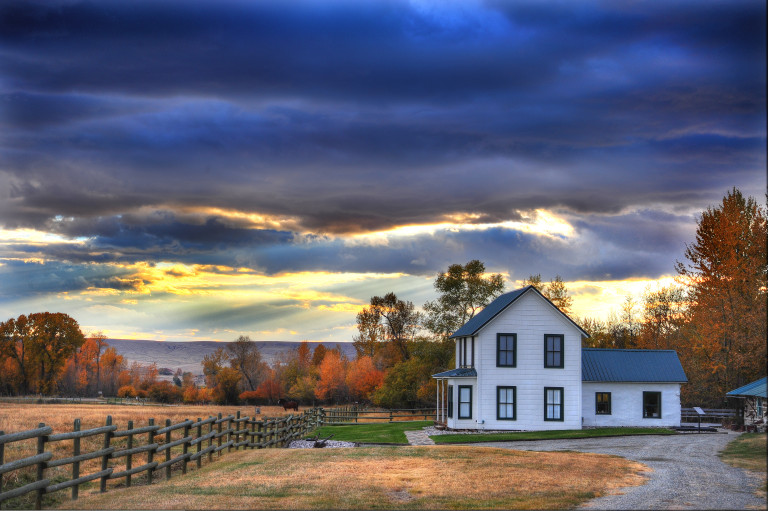 The ranch property was originally owned by a man named John Barber who, in 1864, claimed it using preemption. It seems it was part of a larger property he owned. Jane Ferris, who was born in Scotland, and her two children (a son and daughter) settled on the property in 1866 after arriving from Colorado. By then, Ferris was widowed; her husband, Henry, had died in a mining accident in Montana in 1864. It is believed that Ferris learned of his death when she and the children were on their way to be with him. They returned to Colorado for a time then relocated to Virginia City, Montana the next year, before settling on the ranch in 1866. Apparently, Ferris worked as a housekeeper for Barber until he died in 1872.

Congress passed the Preemption Act in 1841. It allowed squatters in Western states to secure ownership of 160 acres of land. Temporary preemption laws were passed in the 1830s but Eastern states opposed them. They believed the laws would encourage immigrants to move west and therefore decrease the labor supply. In response, the federal government agreed to allow the profits from land sales to be distributed to Eastern states (distribution ended in 1842 and preemption in 1891). Sadly, Ferris passed away in 1873. However, she is representative of the many women in the West who were heads of households and claimed land.

The next owner of the ranch was German immigrant Fred Hermsmeyer, who bought it in 1883 using money he earned as a miner and sawmill owner. The family owned the ranch until 1917. After a series of owners, Stanley and Helena Fenton bought it in 1937. Beginning in 1943, the Fentons began hosting birthday parties to children living in a state orphanage in Twin Bridges. They bought the furniture still located in the living room to give the children a sense of home. Stanley died in 1959 but Helena lived in the house until she passed away in 2000. She became an award-winning reporter working for Montana newspapers and the Associated Press. It is not readily apparent when the ranch house opened up for ministers.