The core of the historic home standing at 224 East Sixth Avenue is an earlier house built in the 1870s. The house was home to United States Seantor Preston B. Plumb and his wife, Carrie, beginning in 1880. After Senator Plumb died unexpectedly in late 1891, his widow remained in the Italianate style home with a tower and a French mansard roof. In the mid-1890s, Carrie Plumb had major additions and remodeling done on the home and dedicated the Neoclassical style building as a memorial to her late husband. Carrie's heirs donated the house to the National Young Women's Christian Association. The house was listed in the National Register in 1984. 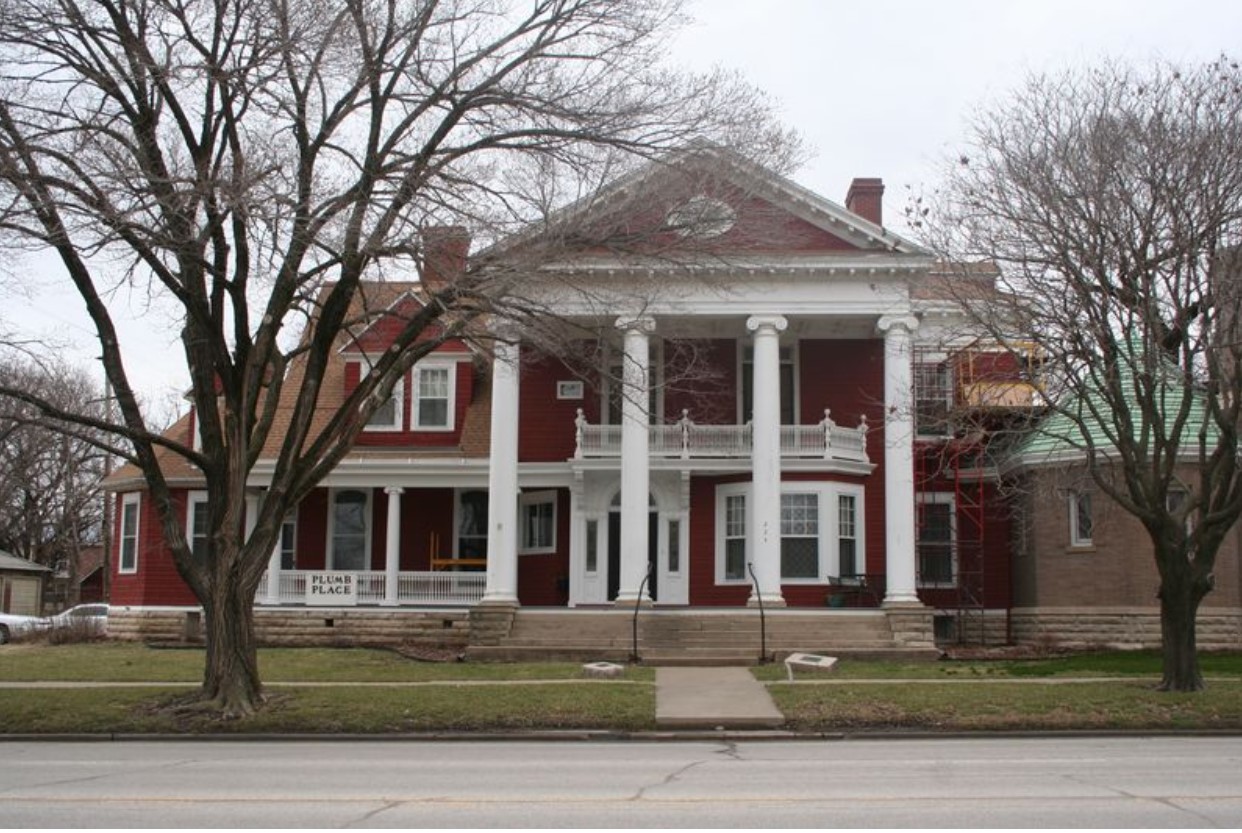 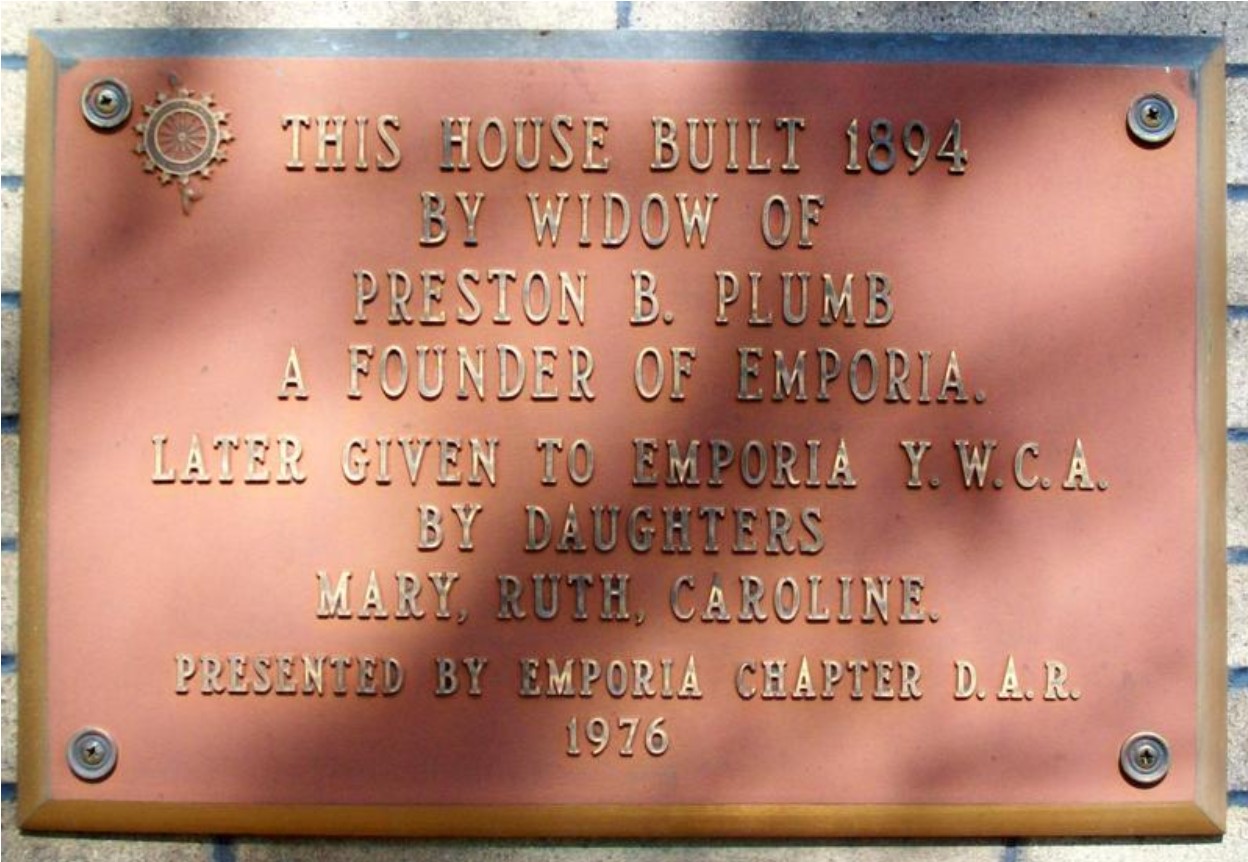 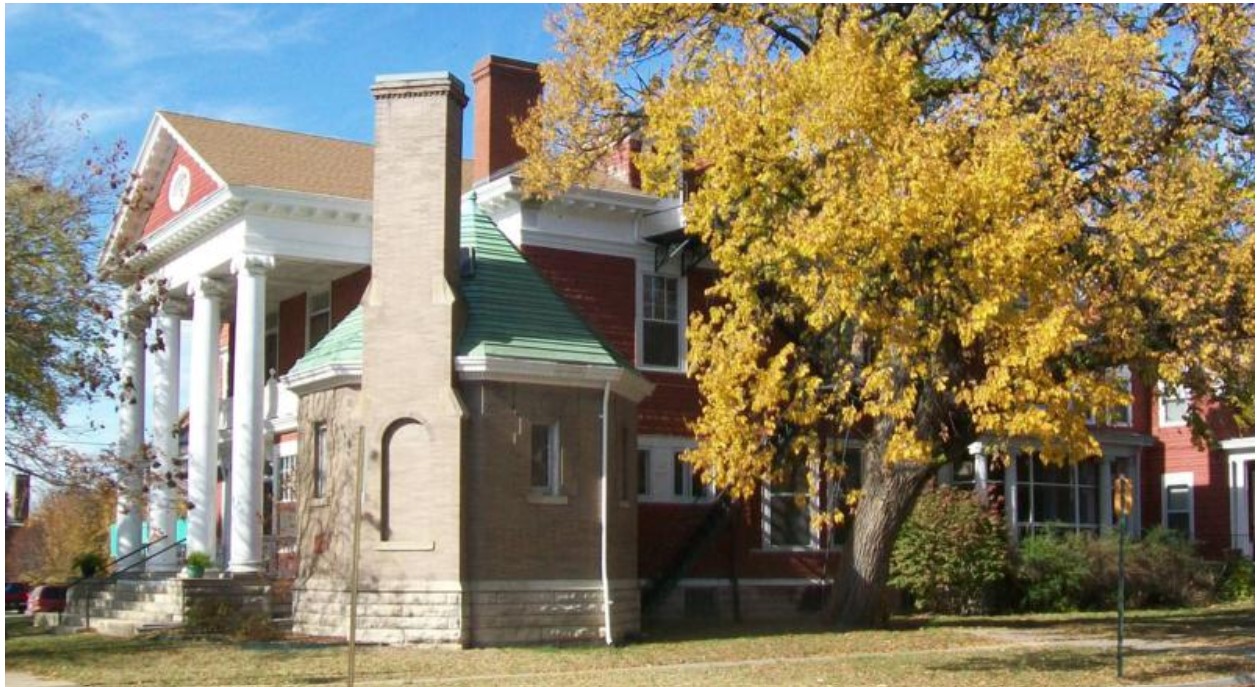 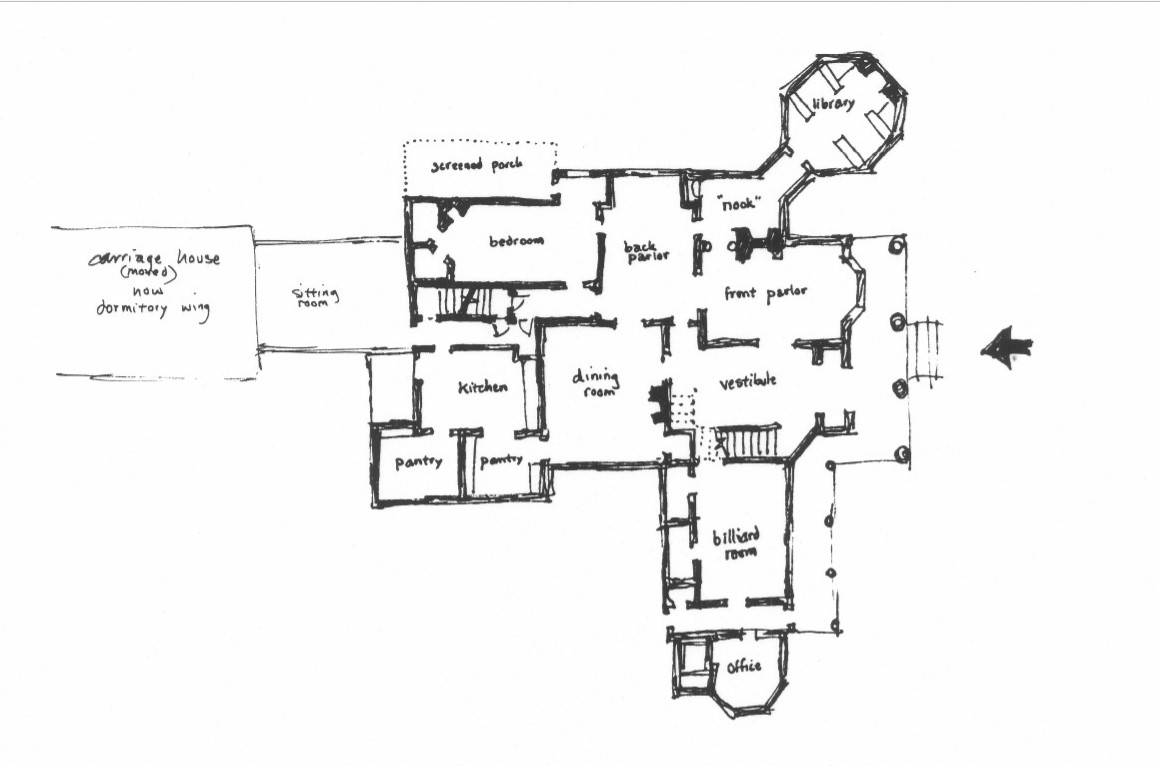 Preston Plumb served in the U.S. Senate from Kansas for fourteen years and was a member and speaker of the Kansas House of Representatives. He previously was a reporter for the Kansas Supreme Court. His wife, Carrie Plumb, played a prominent role in the social affairs of Emporia and donated the nearby land where the Emporia Carnegie Library was constructed in 1904. Mrs. Plumb set aside one room in the mansion in 1917 for the Red Cross to make surgical dressings for the war effort.

The original portion of the house, which served as the home of both Senator Plumb and Carrie Plumb, is clad in wood shingles; the later additions by his widow are clad in brick. The Neoclassical style front portico features two-story Ionic columns facing south toward Sixth Avenue supporting a pedimented front entryway topped by a fanlight. The intersecting gabled roof covers an irregular, asymmetrical two-story building with a wrap-around porch to the west of the main porch. The foundation is rough-cut stone. The quirky octagonal building that projects off of the building's northeast corner was designed as a library.

After Carrie Plumb's three daughters - Mary, Ruth and Caroline - inherited the mansion in 1919, they donated it to the National Y.W.C.A. and an Emporia chapter was chartered in 1920 to accept the gift. Their two brothers donated thousands of dollars in order to move the carriage house from the alley and attach it to the north side of the house with a connecting two-story passageway. The passageway provided sitting space and the carriage house was remodeled inside to be used as dormitory space. The house became the Community Center of Lyon County in 1955 when the Y.W.C.A. chapter disbanded. The Community Center used the building as a residence for low-income women.

The Emporia Chapter of the Daughters of the American Revolution affixed a plaque to the house in 1976 to honor Preston Plumb, a founder of Emporia, and his family. The Plumb House was owned by the organization Working Women of Lyon County in 1984 when it was listed in the National Register and the Kansas Historical Places Register. The offices of the Flint Hill Girl Scouts Council occupied the ground floor of the carriage house. The house was primarily significant for its architecture and represents one of the most elaborate examples in Kansas of the "Neo-Colonial" style, combining elements of Georgian and pseudo-Georgian decorations added to an irregular, picturesque Victorian home. It marks the beginning phase of the Colonial Revival movement.

This short walk though Emporia starts at the home of William Allen White and works its way to Commercial Street where it stops at the Granada Theatre, Lyon County Historical Center, and the Kress Building. The tour than turns east on 6th Avenue to include historic homes such as the Cross House and home of Senator Preston Plumb, one of the founders of the city who came to Kansas as part of the Free Soil Movement.

This drive through the heart of Emporia begins on the campus of Emporia State University and winds its way south with stops and historic homes that belonged to influential journalists such as William Allen White. The tour also includes the home of Preston Plumb, one of the most influential 19th century political leaders in Kansas and a man who intervened to prevent segregation of the city's schools at the same time that the practice took hold in Topeka, Wichita, and numerous other Kansas communities. Highlights of the tour include the Lyon County Historical Center and the Granada Theatre. The tour concludes at Soden's Grove, home of the All Veterans Memorial--an appropriate end to the tour as Emporia is the home of Veteran's Day. .