Denver's Tivoli Club was a famous gaming hall and saloon operated by the infamous Soapy Smith. The Tivoli Club operated from 1885 to 1895 by Smith, a con artist who rose to lead a crime syndicate that controlled much of the city Denver. The Tivoli Club was Smith's headquarters and home to his gang of disbarred lawyers and political bosses as well as petty criminals. It was known around town that visitors would lose money here, but the biggest crime came for Smith's fake stock exchange, lottery shops, and fake diamond auctions. 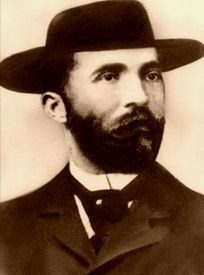 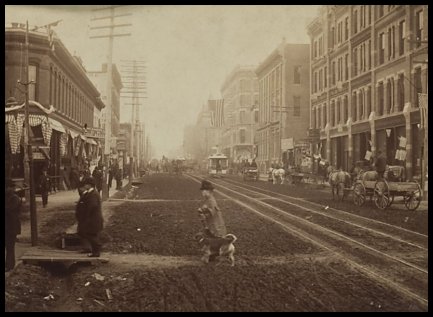 Jefferson “Soapy” Smith was a famous con man in Denver. Smith earned his nickname after a successful con in which he sold soap bars under the false promise that the purchaser had a good chance of winning prize money hidden inside the bars. Smith had a background in sales, but excelled at card games and ran numerous schemes in Denver. This helped him amass enough loot to open the Tivoli Club, his longest running saloon. It was also the location where he ran his crime organization which became powerful at the turn of the century..

Jefferson Randolph Smith Jr. was born in 1860. He came from a successful and well-regarded family with both his father and two of his brothers working as attorneys. Three of his other brothers became doctors, one a minister, and one a farmer. In 1876, Smith's family moved to Texas and he worked as a salesman. After his mother died, Smith moved to Denver and began his transition from salesman to con man.

In 1883 he was nicknamed “Soapy" after a successful con in which he turned a handsome profit by selling soap to miners in Colorado. What made his soap special? Smith hid money prizes under paper wrapped around the soap. He made a show of wrapping the money in front of a crowd, with prizes that could include anything from $20-$100 bills. Smith used sleight-of-hand to pocket most of the bills. He would sell the soap from $1 to $5, being sure to "sell" a winning soap bar or two to his associates who were planted in the crowd. Seeing the numerous bills wrapped in the soap bars and excited winners in the crowd, many were victimized by Smith's early con. This provided money for Smith to enlarge his operation and the scale of his swindles.

In 1885, Smith opened the Tivoli Club at 17th & Market St. The upstairs consisted of a gaming room and downstairs was home to a saloon. Smith's main goal was to get money out of visitors to the city. He hung a warning sign above the stairs going up to the gaming room. It read "Caveat Emptor" meaning "let the buyer beware." The Tivoli Club came under fire when two visitors felt they had been swindled out of $1500. They took Smith to court. When evidence was provided that they aggrieved parties had been swindled, Smith defended his actions saying his was an “institution of public education.” Sure the Tivoli was operating under false pretenses, Smith acknowledged, but these rigged games "cured the compulsive gambler of his urge."

He stated “I should be recognized as a public benefactor. Praise, instead of censure, should be our portion.” He was acquitted of the charges.

Soapy Smith was able to influence the elite through his growing wealth, only some of which came from the gambling hall. The Tivoli was the headquarters for a growing organization. Among Smith's gang were disbarred lawyers, pickpockets, muggers, and burglars. These men ran a fake stock exchange, lottery shops and fake diamond auctions. Soapy was able to avoid punishment for years by bribing police and politicians, and there is evidence that he also rigged elections. The Rocky Mountain news nicknamed the club "the slaughterhouse" because his hired men would cause bodily harm to those who challenged Smith or his crooked dealers.

Eventually Smith's actions caught up to him. Smith changed the Tivoli Club's name to the Silver Dollar Club after visitors to the city had heard enough warnings that business declined. Despite this change, but the mid 1890s it was well-known that Smith was the ringleader of a gang that used this as their headquarters. David H Waite was elected as governor under a reform banner and voters looked to him to drive corruption from the city. Soapy Smith's ties to City Hall soon fell, and favor ran out for the Tivoli Club. This saloon closed in 1895 but Smith's story lives on in Colorado folklore