St Paul's Rochat-Louise-Sauerwein Block consists of three adjoined commercial buildings that were construed from 1885-1895. Together, these three buildings reflect the economic and commercial boom in St. Paul during the late nineteenth and early twentieth centuries. Swiss-born watchmaker George Rochard commissioned the Rochat Building which was constructed by William H. Castner and finished in 1885. The Louise Building was the result of financing and planning by Willliam G. Robertson and was completed in 1885 by Edward P. Bassford. Hermann Kretz built the Sauerwein Building for saloon keeper John Sauerwein. That building opened in 1895 and was once home to an expansive Odd Fellows Lodge on the top floor.

The block buildings also represent how St. Paul's commercial center and nearby locations in the final years of horse-drawn carriages appeared before steel skyscrapers and wider streets emerged. 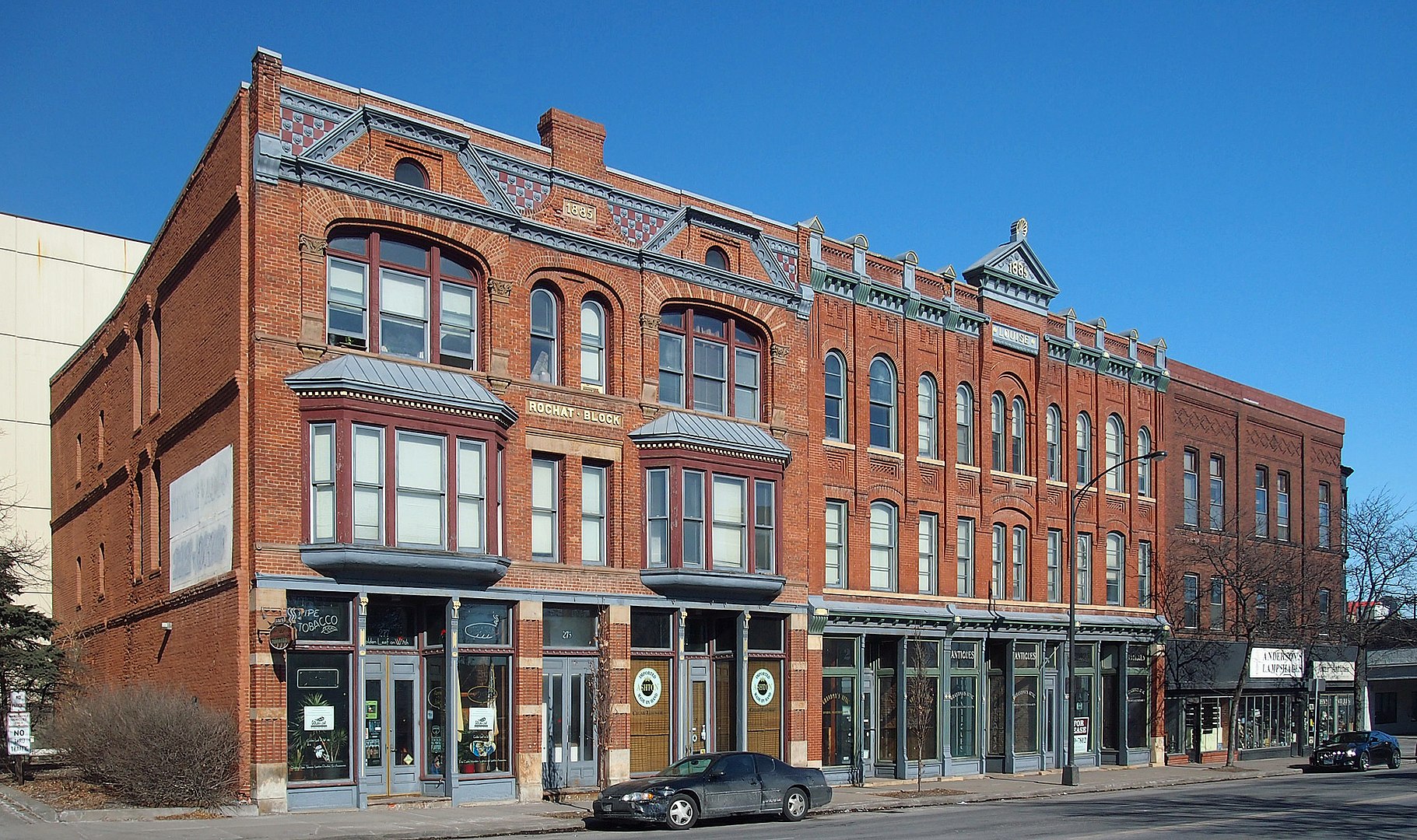 The Rochat-Louise-Sauerwein Block, comprised of three connected buildings, exemplifies the St. Paul Victorian-era commercial storefront architecture design and function as a combined commercial and residential building occupied by the business owners. The building serves as a reminder of the late nineteenth and early twentieth centuries when many of St. Paul's downtown streets were lined with structures similar to the Rocaht-Louise-Sauerwein Block.

The Rochat-Louise-Sauerwein Block was built during an economic boom in St. Paul, which included commerce construction, railroad expansion, increased milling, and both a period of population and housing growth. The block arose at the same time as other notable buildings such as the Schornstein Grocery and Saloon (1884), Walsh Building (1888), Germania Bank Building (1889), the Manhattan Building (1889), the Merchants National Bank (1892), the Pioneer and Endicott Buildings (1889–1890), and the Otto W. Rohland Building (1891) along with a host of theaters, libraries, and parks. Moreover, the establishment of the Commercial Club of St. Paul occurred in 1891, helping spur commercial growth in St. Paul.

The three buildings arose from 1885 - 1895. Because older locations similar to where the Rochat-Louise-Sauerwein Block lies consisted of densely packed brick structures, they favored horses and wagon transportation. When steel-framing came into fashion, the St. Paul commercial center shifted to newer locations with broader streets (and eventually automobiles), leaving brick skyscrapers and block buildings outside the heart of business activity. Thus, the tri-building block offers a glimpse into how the old St. Paul commercial center and vicinity appeared during the 1880s and 1890s before steel skyscrapers arose.

--- --- ---. AIA Guide to the Twin Cities: The Essential Source on the Architecture of Minneapolis and St. Paul. St. Paul: Minnesota Historical Society Press, 2007.