Built in 1802, the Klingensmith House was donated to the Westmoreland County Historical Society and was later moved to Historic Hanna’s Town. The Klingensmith House reflects the influence German culture had on Southwestern PA, as well as shows the difference between typical German and American architecture. The house also shows the lasting effects German immigrants had and still have on our country today. In 1983, the Klingensmith House was deconstructed and has stood at Historic Hanna's Town since. The house has gone under little reconstruction to make it safer for use, and is now used for special events and programs. 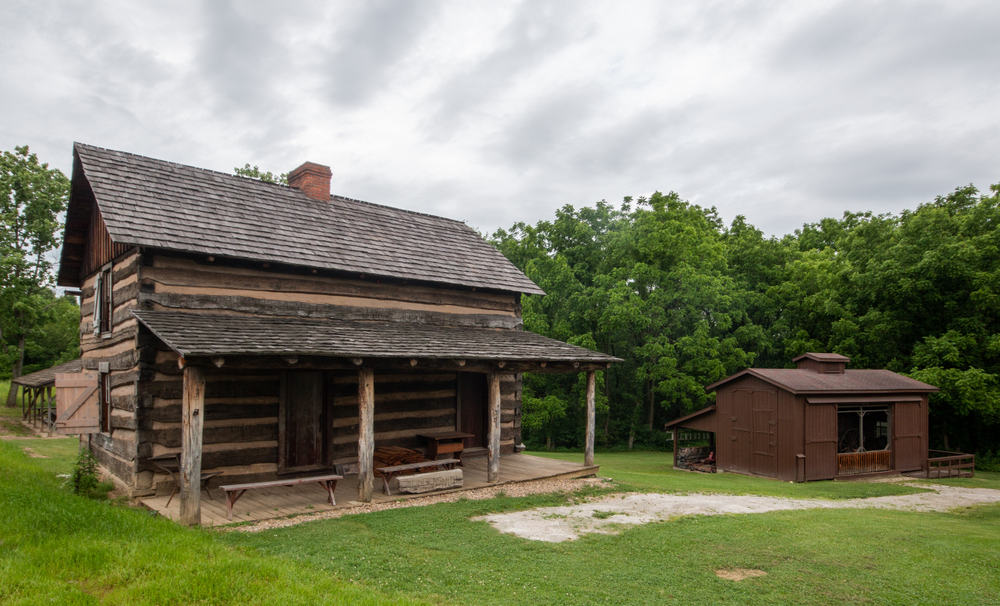 The Klingensmith House belonged to the Klingensmith family who emigrated from Germany. The family were bell makers and farmers until they immigrated in 1670 to Pennsylvania where most of the family remained in the Philadelphia area. Philip Klingensmith came to Southwest Pennsylvania through military duty where he served as a scout and courier under Forbes, Washington, and Bouquet in the French & Indian War. He established Fort Klingensmith near Jeannette in 1769 and stayed there until nearly all of his family members were massacred in 1781.

In 1802, the Klingensmith's purchased a large farm in the Kiski area after receiving a land grant from the Pennsylvania Land Grant Commission. The origins of this Land Grant Commission can be traced back to 1682, when William Penn appointed Thomas Holme as Surveyor General. This office had many functions, and was responsible for accepting applications, issuing warrants, surveying tracts, verifying returns of surveys and granting patents for land in Pennsylvania. The Klingensmiths’ would have gone through this office to get their land grant. According to family tradition, Philip built the structure and then started his own farm. This house now stands at Historic Hanna’s Town after being moved and deconstructed in 1983.

The log house that is now at Historic Hanna’s Town shows typical German construction. The structure is 28’ by 19’. The logs are made out of chestnut and cut to be 18 inches square. The house has inverted V notching, contains a central chimney and numerous fireplaces. The house originally sat directly on the ground and has no type of foundation. The house is also unique because it has two front doors, not a front door and a back door. These amenities are typical to a German house. Restorations had to be made on the house to replace rotted wood and make the structure safer. The Klingensmith House shows the differences of architecture in Historic Hanna’s Town that would have been prominent at the time.

The Klingensmith House shows the influence that German culture had on the area during the colonial period. It also shows the German culture and how it affected relationships in the family. During the 18th century, many settlers were kidnapped by Native Americans. These kidnappings helped them survive, as well as shift identities and allegiances. During the massacre that took the lives of the majority of the Klingensmith family in 1781, one child, Peter, was captured and raised by Native Americans. After 30 years, Peter returned to the Klingensmith Farm to claim his inheritance, however, when he arrived he received harsh treatment, and the family refused to recognize Peter as their own. Peter refused to give up his Native American ties, and he completely abandoned the German language. This shows that the German heritage ran deep in their family, and they were willing to give up one of their own to preserve this heritage and culture.