This location along Paint Creek behind the Royal Park Hotel is the site of the former Western Knitting Mills dam (also known as Chapman Dam), which was originally built to supply power to the Western Knitting Mills. The mill pond that was formed by the damming of Paint Creek lay east of Water Street and encompassed the area that is now occupied by the Post Office, Rochester Hills Public Library, Sunrise Senior Living home, and Royal Park Hotel. Some remnants of the dam may still be seen along the banks of Paint Creek at this location. An interpretive historical marker is located at the east end of the Michigan Central Railroad Bridge on the Paint Creek Trail. 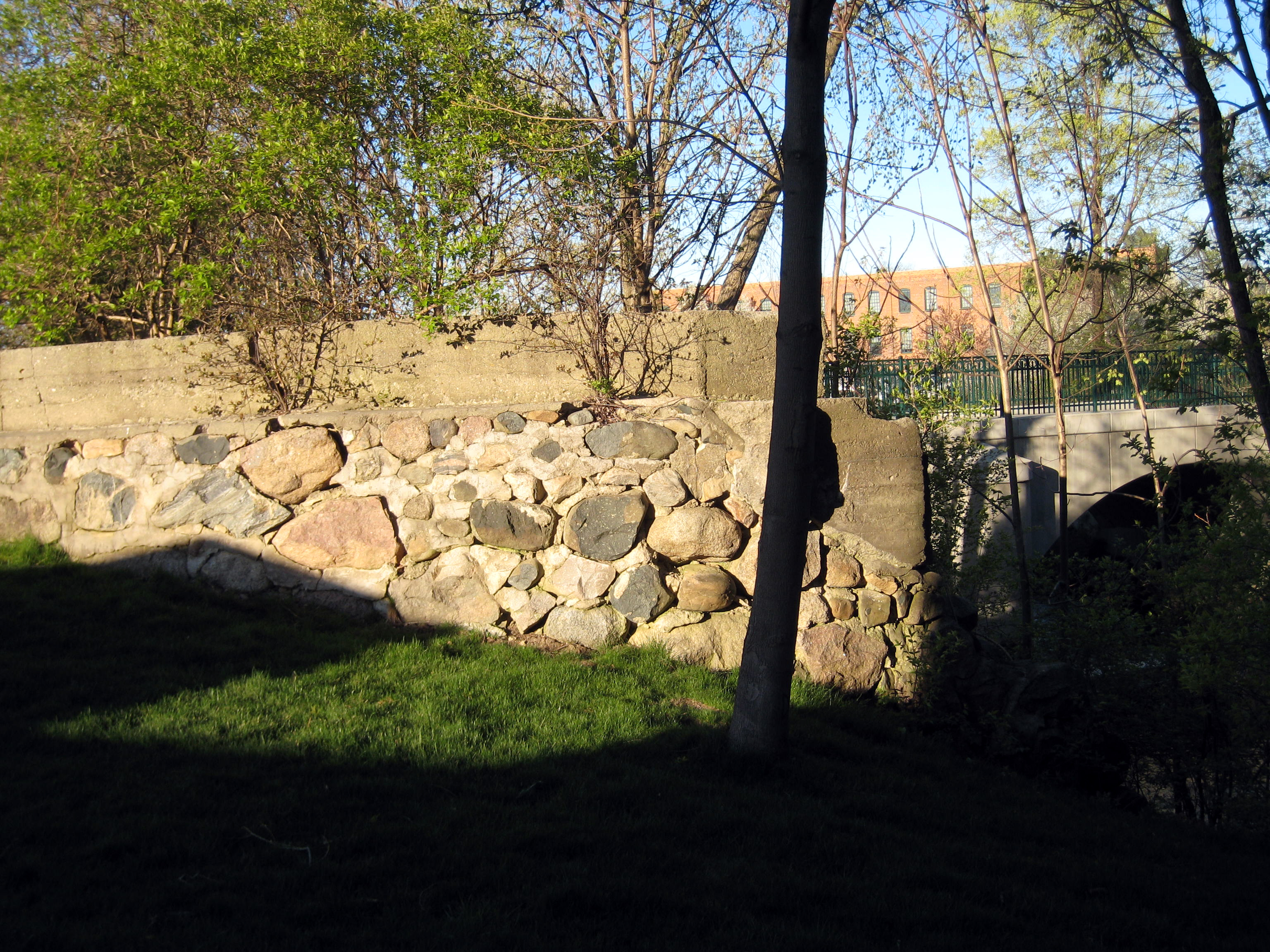 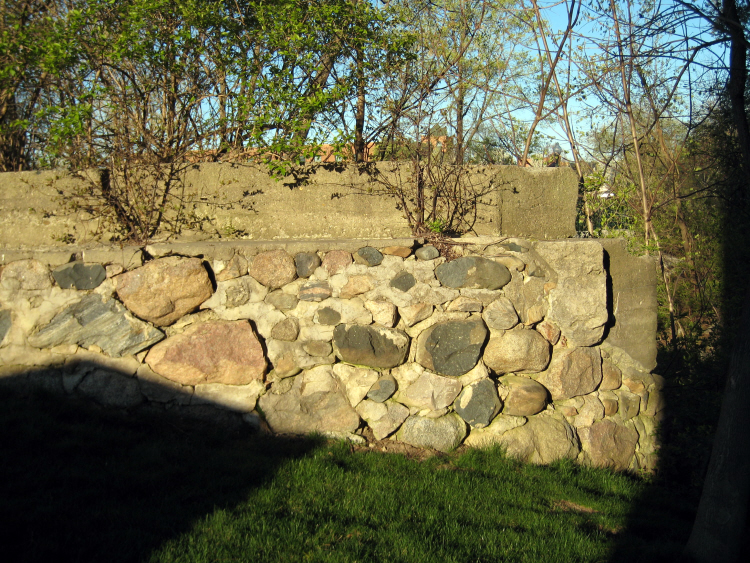 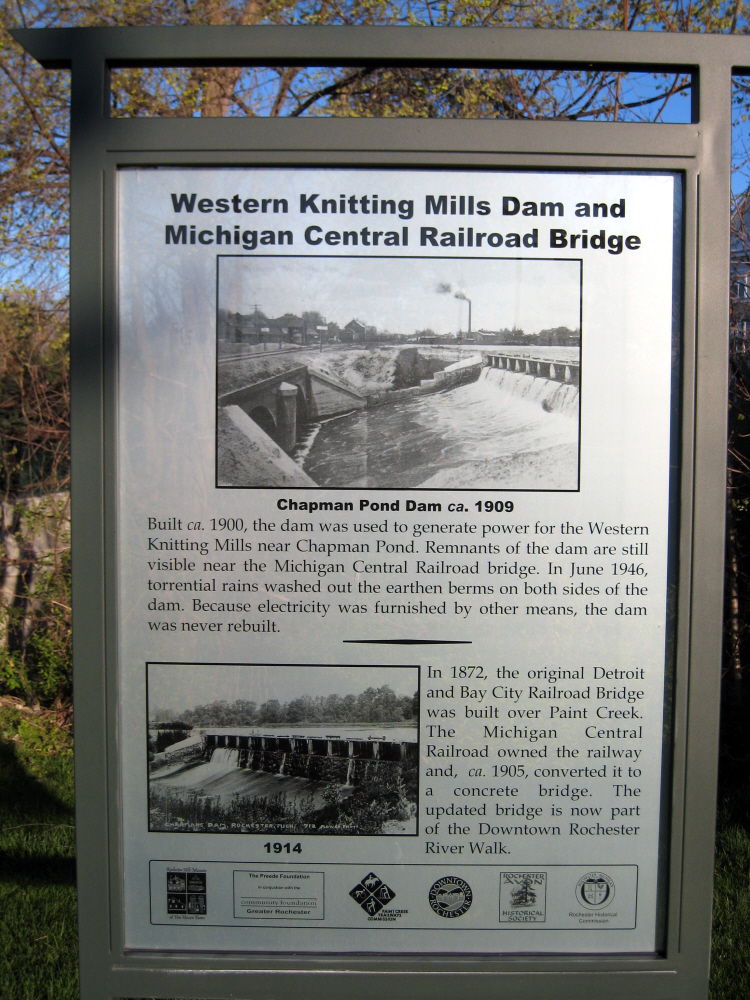 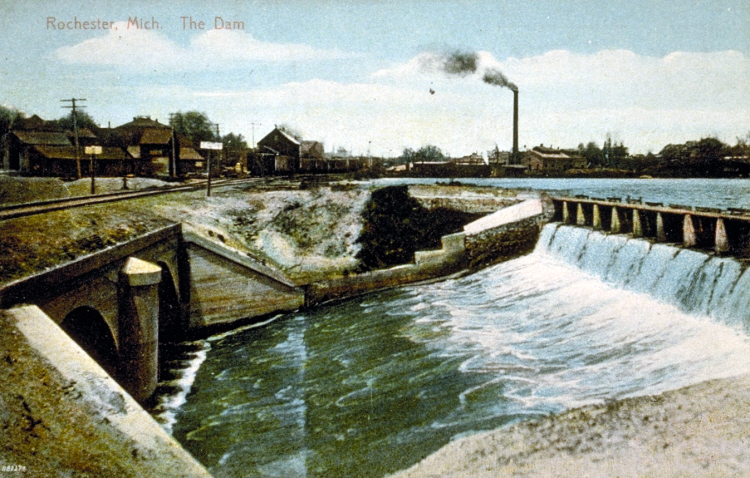 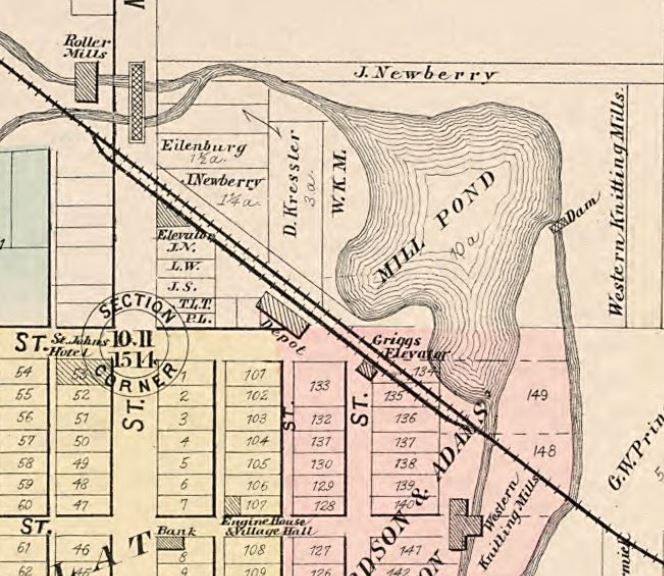 The mill pond that was formed here by damming Paint Creek served to provide power to the Western Knitting Mills. The dam was built in the summer of 1902, to replace an earlier dam that had been washed out by a heavy rain storm in July 1902. The Detroit Free Press reported on November 15, 1902: "Today, for the first time, water was turned in to the new reservoir of the Western Knitting Mills. The heavy rains of June last raised the water to such an extent that on the morning of July 3 the dam was carried away, damaging the buildings to the extent of several thousand dollars in addition to the destruction of the dam. Instead of rebuilding the old dam the company decided to build a new one further down the stream, thus securing a larger reservoir and forming an extension and handsome artificial lake which will be very much appreciated by the citizens."

The Western Knitting Mills' dam has been raised two feet. A series of twelve gates have been put in, the solid cement pillars holding them. This is one of the many improvements installed by the company during the past season. The waters of the lake will be raised two feet.

In an article profiling the Western Knitting Mills in November 1903, the Rochester Era further described the new dam as follows:

The new dam including the wings is 172 feet long, with an overflow of 100 feet. It is built from stone and cement, is 25 feet high, 10 feet wide at the bottom and 4 feet wide on top. They have a reservoir now covering some 25 acres of land, the depth of the water being from one to twenty feet.

The reservoir formed by the dam, sometimes known locally as Chapman Lake or Chapman Pond (after Charles S. Chapman, president of Western Knitting Mills) was a popular local recreation spot for swimming and fishing. Charles Chapman, whose home, Oak Bluff, stood on North Main Street overlooking the mill pond, famously kept a rowboat at his home by which he traveled across the pond from his house to his office at the Western Knitting Mills.

The knitting mills closed in 1927 and subsequent occupants of the factory did not require the dam to generate power, but the dam and mill pond remained in place until June 1946. At that time, the earthen bermage around the dam failed during a torrential rain storm and caused the dam to break and flood the east side of Rochester. After the storm, the dam was not rebuilt and the old lake bed was eventually filled and the land reclaimed.

Today, only remnants of the old dam structure are visible on the banks of Paint Creek near the Michigan Central Railroad Bridge.