The Albion Building was constructed in 1900-1901 and designed by Architect Willis F. Denny of Atlanta who also designed the old First Baptist Church located on Greene Street. Augusta businessman, J.B. White, commissioned the architect to design a business complex of five stories and two wings with a construction price of approximately $60,000. A large commercial hotel resided on one end with an equally impressive dry goods department on the opposing end.

At the time of its construction, the Albion was described as "a handsome building five stories high and specially arranged to afford ample light and air to every room." The facade was plastered in light cream brick and Georgia Marble. 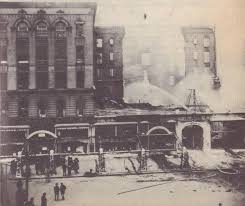 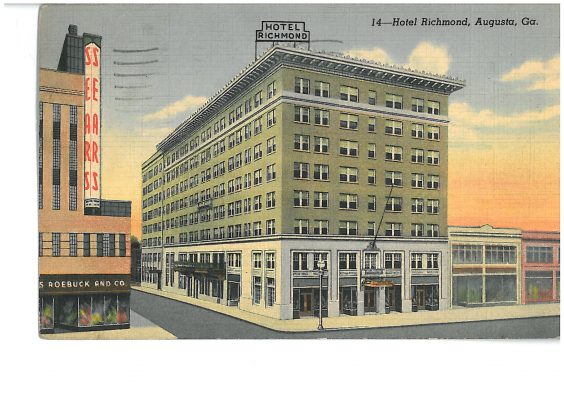 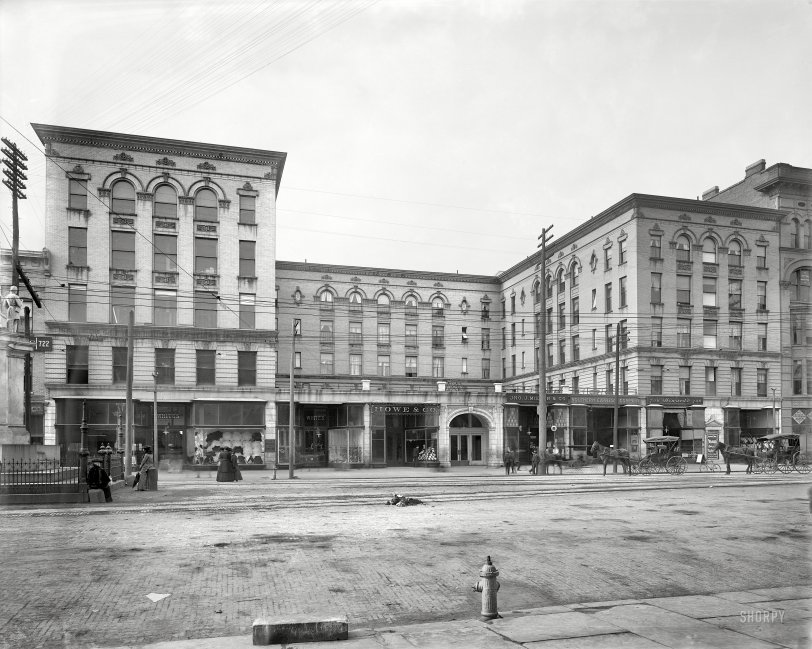 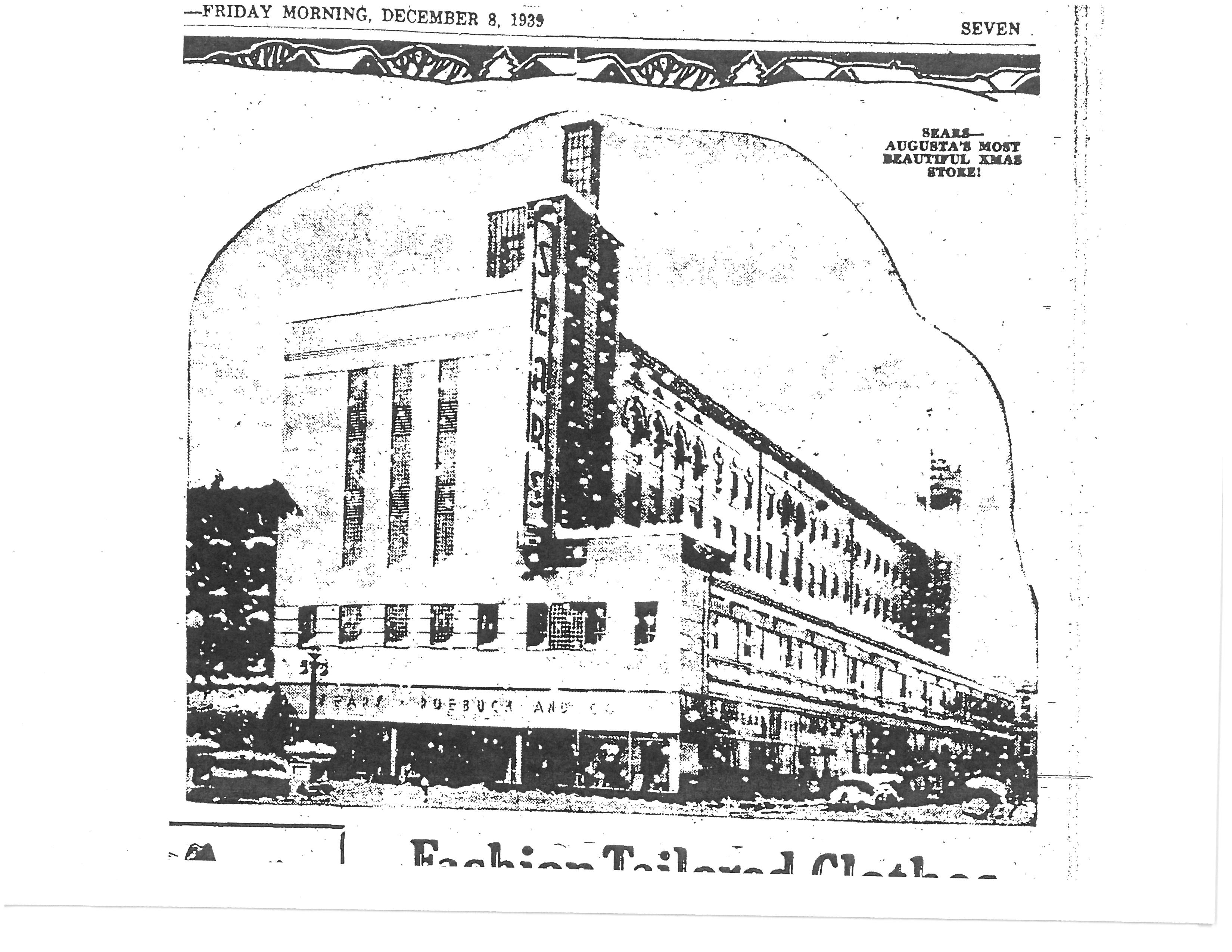 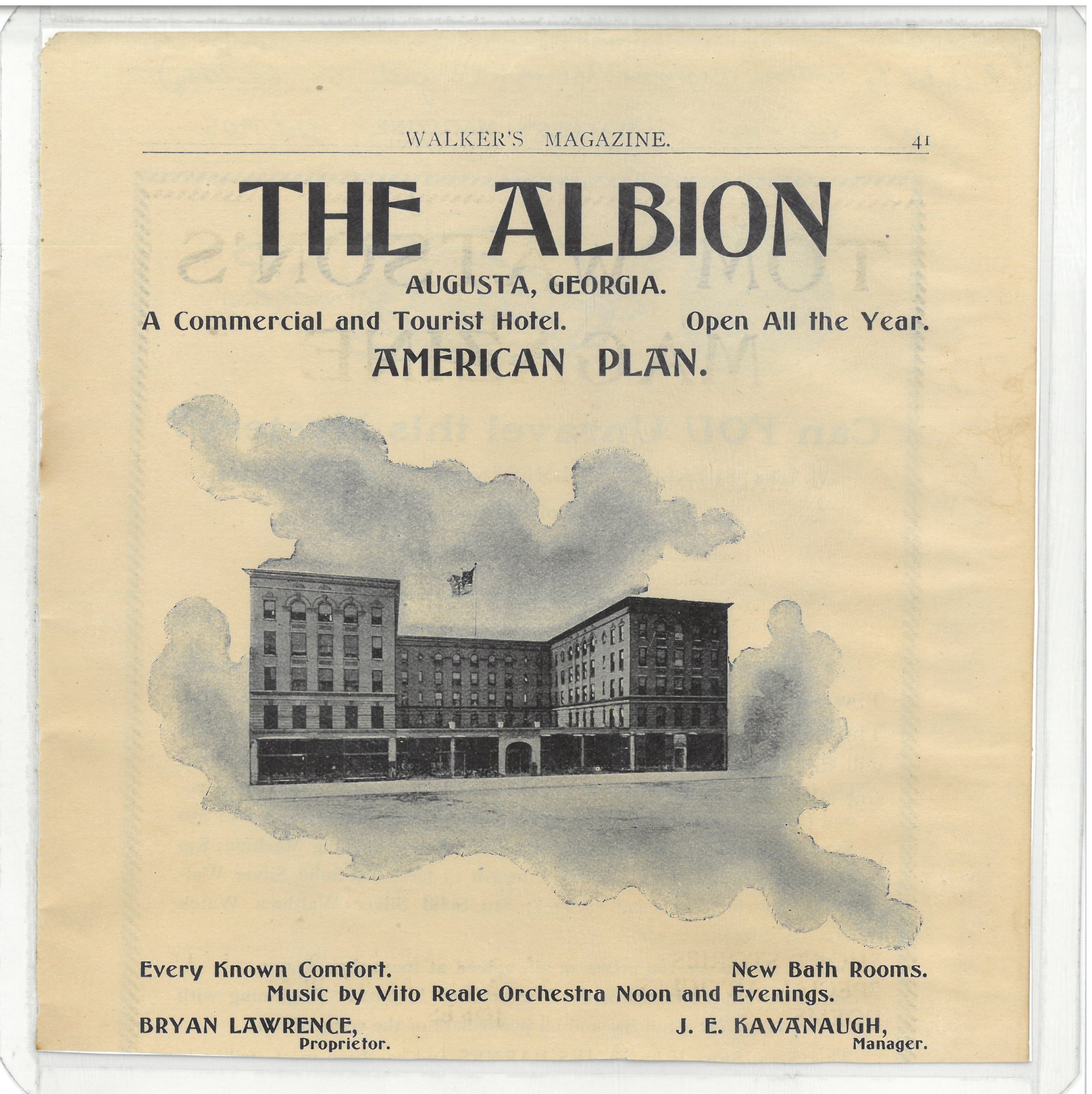 For his brave endeavor and substantial contribution to the Augusta Downtown business district, the Augusta Chronicle congratulated Mr. White and wished the Albion a "speedy completion, and great popularity and success." Upon its completion, the building was reported to stand as one of the South's most impressive and accommodating hotels. The hotel resided on the West Wing and the dry goods department store resided on the East Wing. The main entrance to the hotel was in the center of the complex and the lobby retained an 18-foot ceiling with ornamental metal tiles, uniform lighting throughout each tile, and two high-speed elevators. There were 150 bedrooms in the hotel, each receiving ample light and ventilation. The commercial units housed a cloak and carpet department on the second floor, a furniture department on the third floor, and a wholesale department on the fifth. The shipping department was located in the basement of the west wing.

On Saturday, November 26, 1921, a massive fire erupted at 1:50 A.M. at the corner of Eighth and Broad Streets. The Harrison Building, whose burning masonry fall fell through the roof of the Albion were both considered a total loss for total damage of about $1,000,000. The right and the center portions of the building were gutted through to Ellis street. The damaged middle portion was never rebuilt and the Albion Avenue was laid out as a fire break when the block was rebuilt.

The west end of the property was rebuilt in 1923 as the eight-story Richmond Hotel. The Art-Deco façade that is currently on the East End Broad Street façade was added in 1922. Approximately 7,000 square feet of floor space was added and 230 feet of window displays for the Sears Roebuck company. By 1958, The J. C. Penney department store began leasing the 83,000 square foot building and in 1959 company founder, James Cash Penney attended the grand opening. The J. C. Penney Department store left the location in 1987 and moved to the newly constructed Augusta Mall.

The Albion/J.C. Penney property has been vacant since. The Richmond Hotel was converted in 1979 into a 125-unit subsidized-housing apartment complex, now known as the Richmond Summit. Albion Avenue is currently closed to vehicle traffic and serves as an outdoor sitting space for Richmond Summit Residents.