Starting in 1900, this was the location of Denver's Broadway Baseball Park. At the time, this was the premier baseball park for Denver and the home of the Denver Bears, the Western League Champions in the park's inaugural season. This park helped grow baseball's popularity in Denver which helped the city become the host for one of the most important semi-professional baseball tournaments in the early 20th century. From 1901 to 1926 Broadway Park hosted amateur and professional baseball games, as well as local football events.

View of side of the park at Speer BLVD & 7th Ave 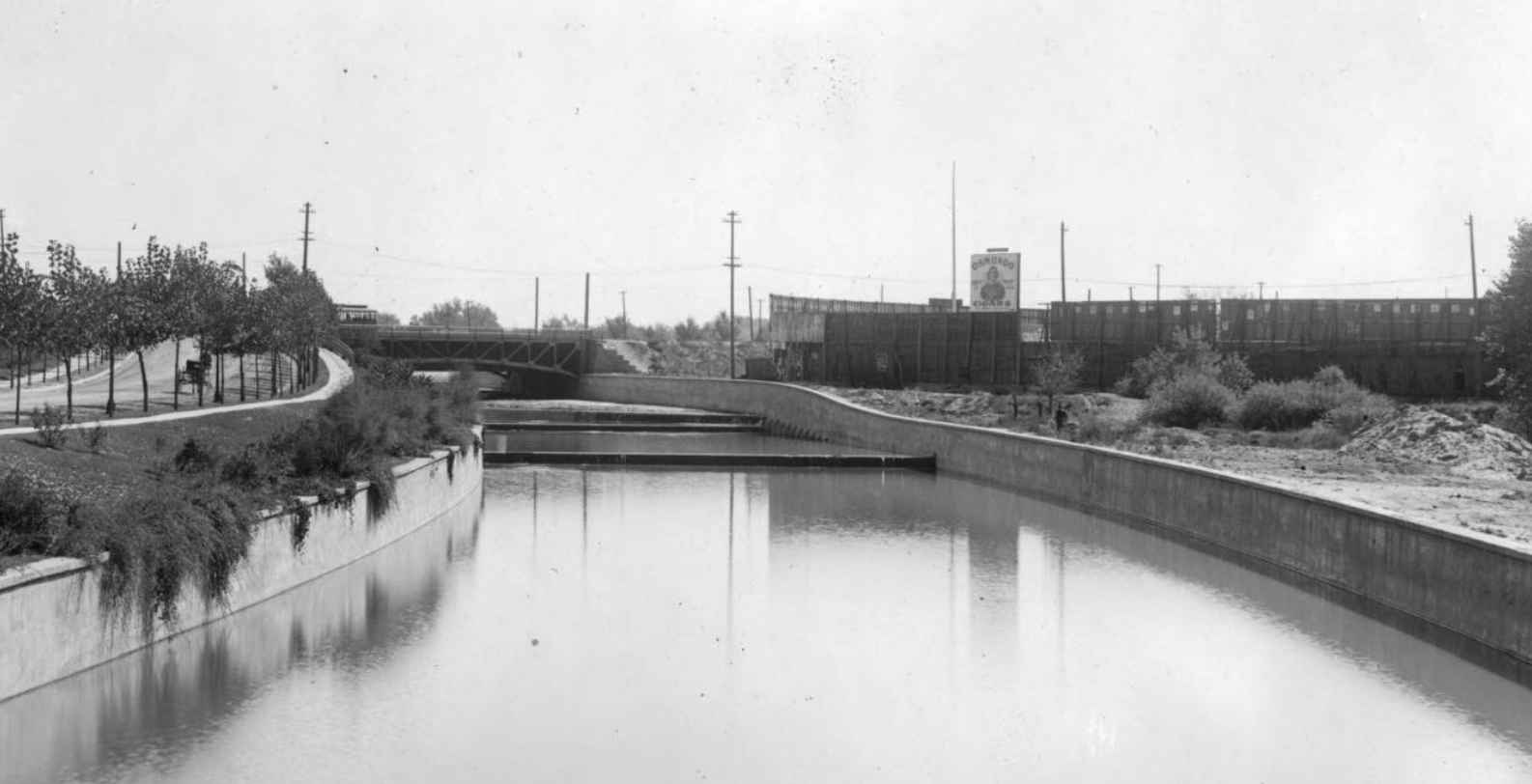 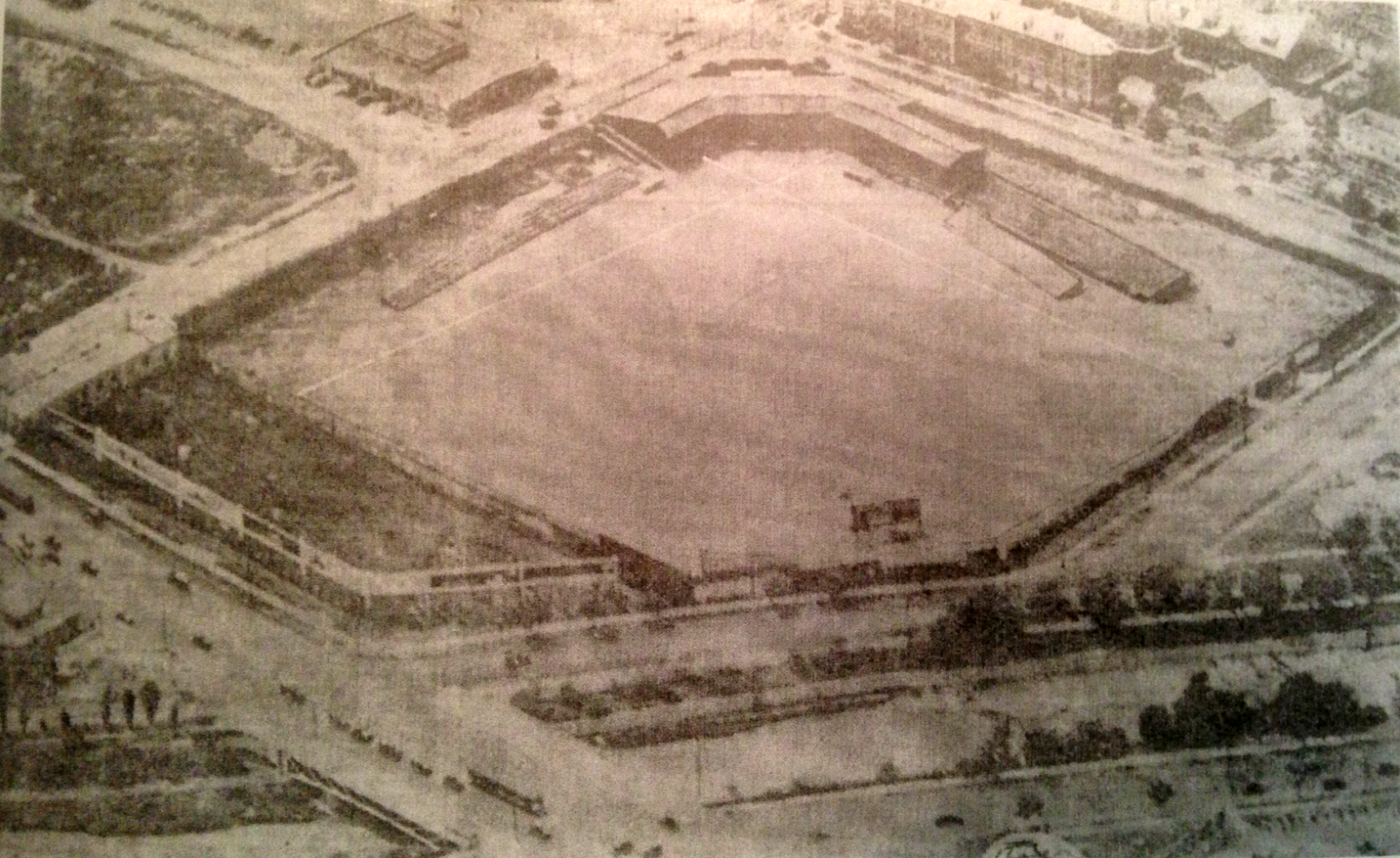 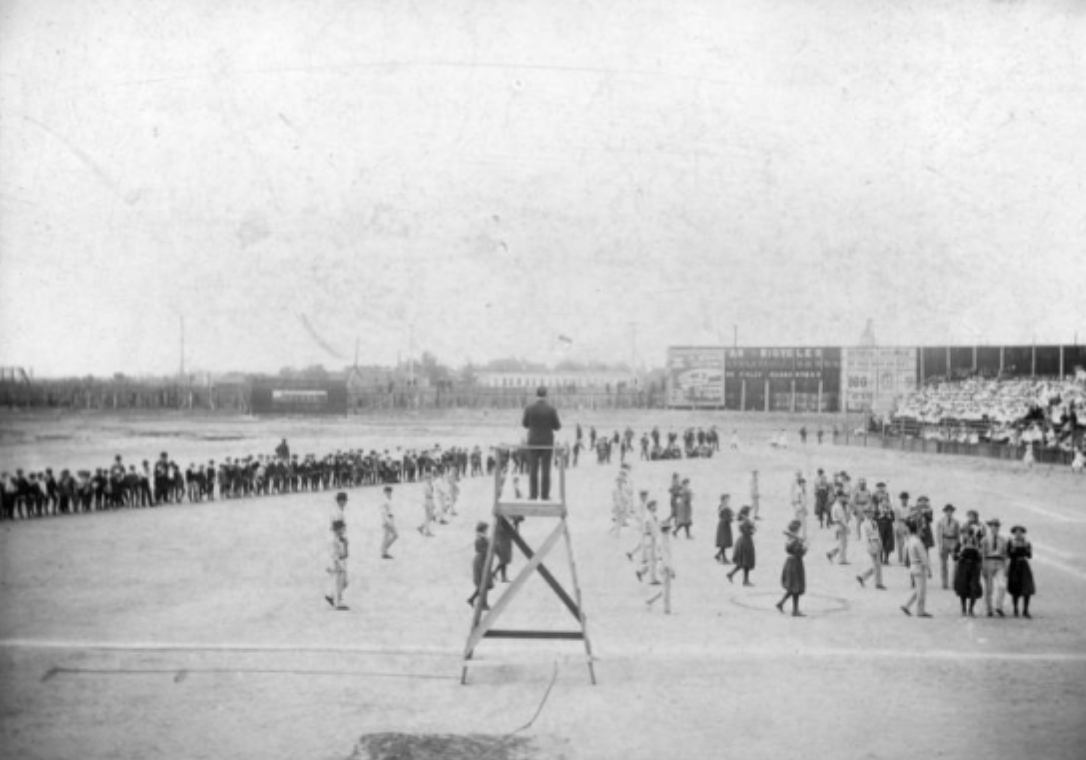 The Denver Bears Baseball Team circa 1900 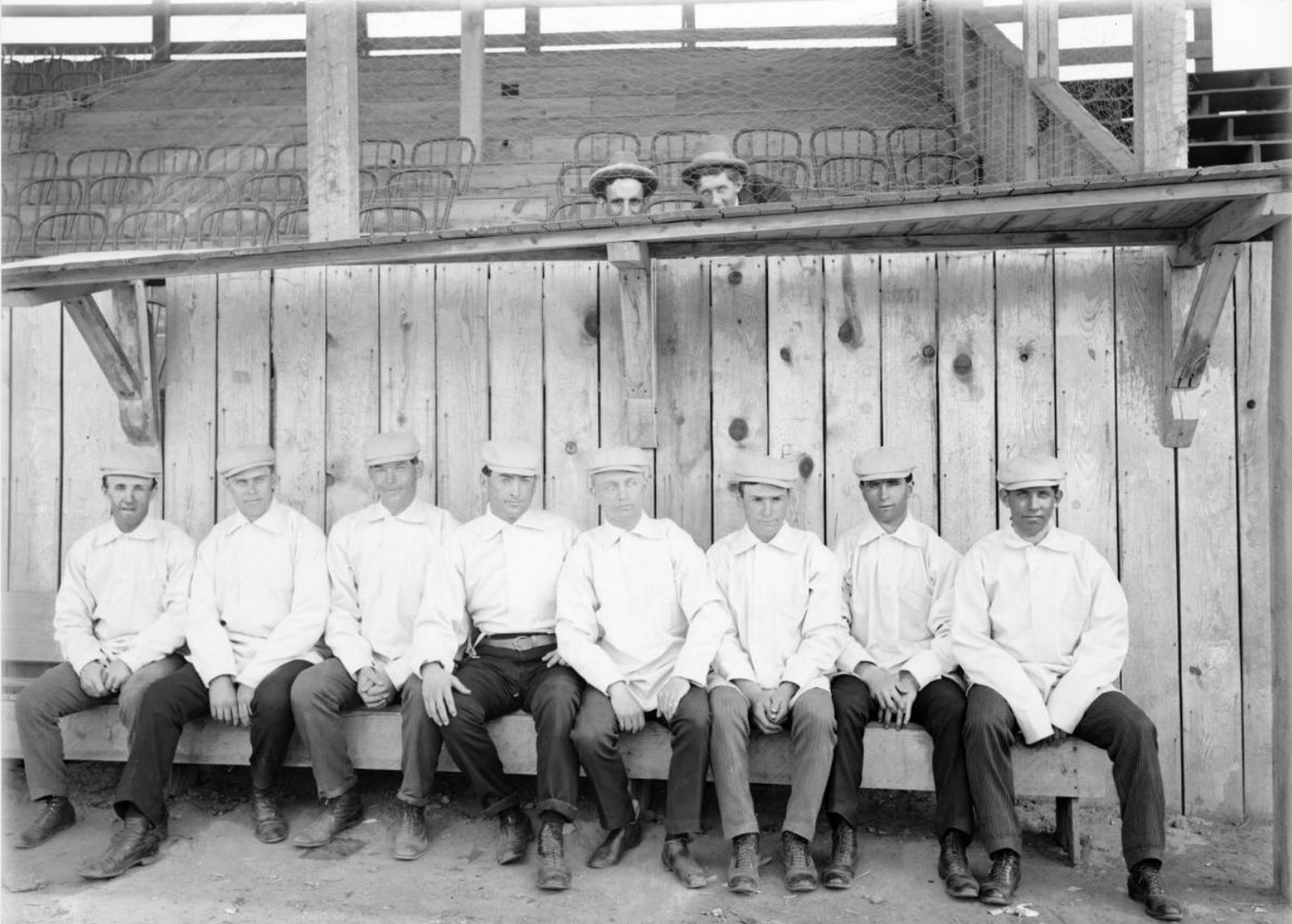 This was the location of Denver's early baseball field, which was referred to at the time as either the Broadway Park or Broadway Baseball Park. The wooden grandstands and field replaced the Denver Wheelman's Club which was built in 1893 and hosted bicycle races, college football, coursing, and other sports until the venue was destroyed by fire in 1899.

Denver’s lack of a substantial ballpark limited the town's prospects for fielding a leading team until 1900 when Broadway Park, a complex containing 2500 seats, was constructed. In contrast to today's complicated seating and pricing plans, admission to games included any seat with the exception of the shaded grandstand seats which were available at a premium. Broadway Park became the new home of the Denver Bears.

The Denver Bears became part of the Western League in 1886. Due to a lack of funding for small market teams like the Bears, many of the team's best players were recruited to play for some of the Major League teams out east. However, in their first year at Broadway Park, the Bears went on to win the Western League Championship, staking their claim in the region as serious contenders. Famous players on the team included Tim Raines Sr., Barry Larkin, Joe Tinker, Randy Bass, and Greg Vaughn.

The park also hosted amateur and local league baseball games. Additionally, local high school football events took place at the field. Many merchants and neighborhood groups sponsored the teams. The Neighborhood House, a nearby charitable organization speaks about times at the park:

“The summer of 1913 exploded with Baseball Benefits. The Neighborhood House nine bravely took on other teams of the city such as East Denver, Elitch’s and Sacred Heart. Society women served as usherettes. Musical programs were given before the games and during the intermission.”

This short drive through downtown Denver includes two museums and several current and historic ballparks that have been home to Denver's professional teams.