Nearby is the grave of Revolutionary War soldier Josiah Marcum (1759-1846). Marcum served under Colonel Campbell in the Virginia Militia. He fought as wagon guard during the infamous Gates' retreat after the Battle of Camden, South Carolina. Later he served as a drummer at the Battle of Guilford Courthouse in North Carolina. He moved to the Tug River Valley near the present day town of Crum, WV where he worked as a blacksmith and gunsmith and fathered a large family. The Historical Marker commemorating Josiah Marcum is located about a mile from his actual grave site. 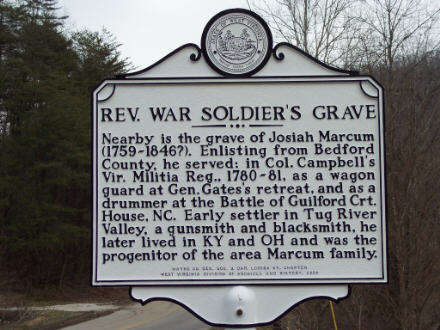 Close up photo of headstone. 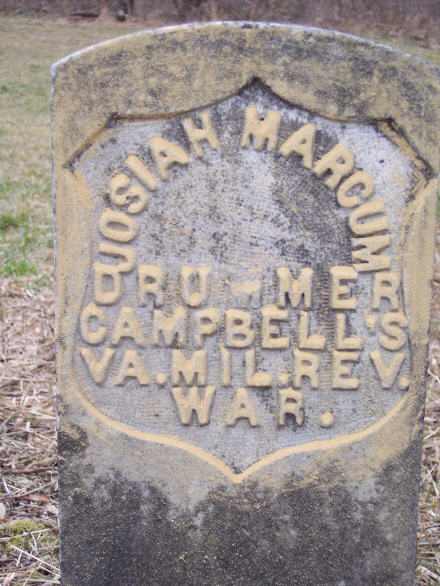 Photo of headstone at grave. 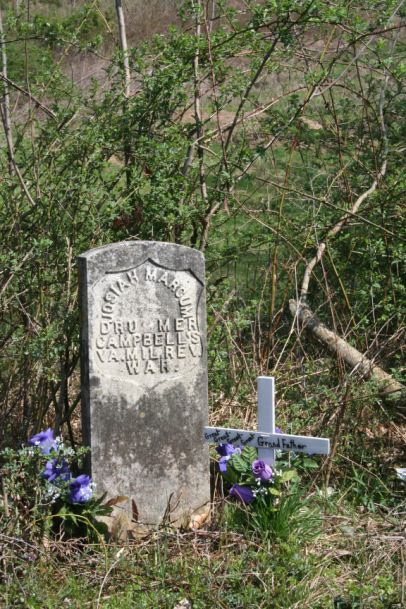 2001 newspaper article about Marcum and the commissioning of the Historical marker. 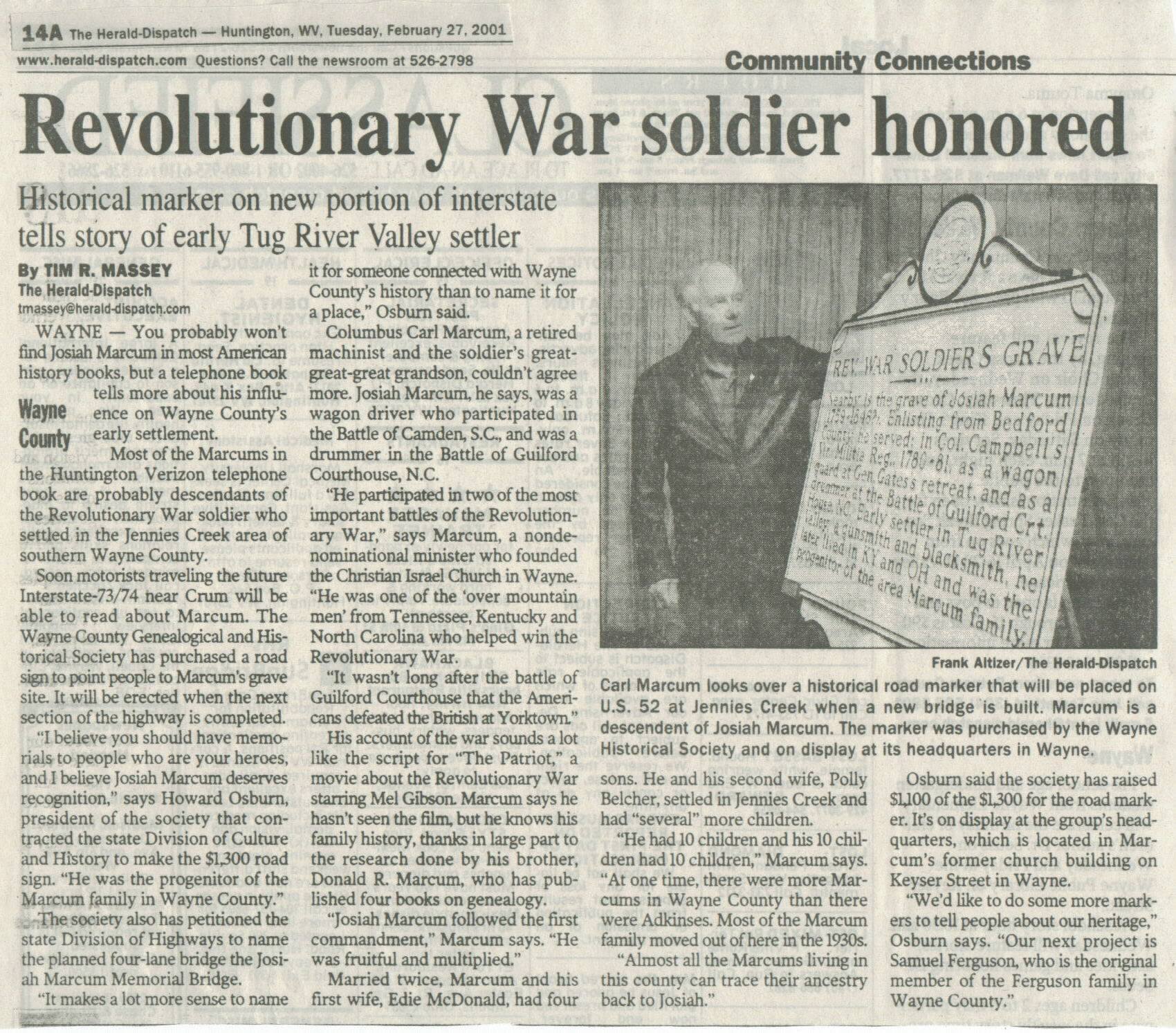 About a mile from the mouth of Jennie’s Creek near the town of Crum, West Virginia is the final resting place of Revolutionary Way soldier Josiah Marcum. Josiah was born in 1759 in Chesterfield County, Virginia. In 1780, he volunteered for service in Colonel Campbell’s Virginia Militia. He served as a wagon guard at General Gates’ retreat in South Carolina and as a drummer at the Battle of Guilford Court House in North Carolina.

In 1780, General Horatio Gates was placed command of the Southern Army in South Carolina. In July of that year, he decided to attack British troops in Camden, South Carolina, despite the fact his army was running low on necessary supplies. This attack, called the Battle of Camden, occurred on August 16, 1780 and was one of the worst defeats suffered by the Revolutionary Army in the war. His army was forced to retreat. As his troops retreated, Gates abandoned his army. He was deemed a coward and deserter and was removed from command in October, 1780.

The Battle of Guilford Courthouse was one of the fiercest battles of the Revolution. On March 15, 1781, Major General Nathanael Greene and an army of around 4,500 American Militia engaged with a British force of about 1,900 troops under the leadership of Lord Charles Cornwallis at the town of Guilford Courthouse, North Carolina. Greene’s army defended the town through two and a half hours of intense fighting. Eventually, Greene was forced to retreat. However, the British victory came at a heavy price. Cornwallis lost over 25% of his army during the battle. As a drummer at the battle, 22 year old Josiah Marcum had a tremendous responsibility. Drums, along with fifes and bugles, were used during the Revolutionary War to communicate orders on the battlefield and direct troops.

After the war, Josiah and his family settled in the Tug River Valley which makes the modern day borders of western West Virginia and eastern Kentucky. He became a prominent blacksmith and gunsmith in the area. He later spent some time living in both Kentucky and Ohio.  Eventually he returned to the Tug River Valley near the present day town of Fort Gay where he fathered a large family before passing away around 1846.