The Rialto Theatre reportedly opened on Wednesday, September 18, 1918, at 2:00 PM with the showing of Douglas Fairbanks' "Bound in Morocco". An Augusta Chronicle Article sited described the theatre as representing "the last word in the way of a moving picture theater." With a seating capacity of 710 people, the theatre opened two months after the Imperial theatre, making it the third operating theater on broad street. 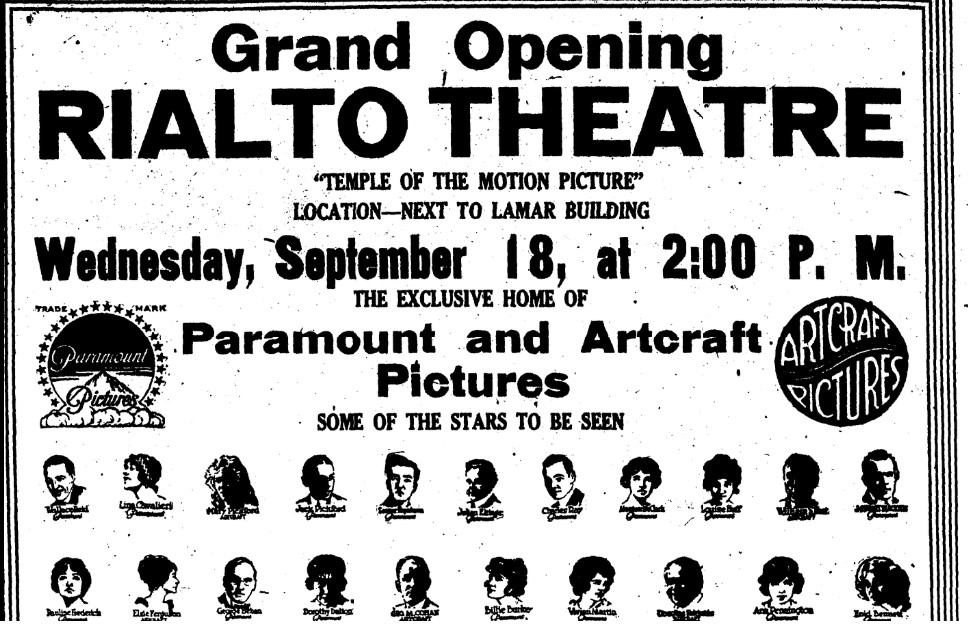 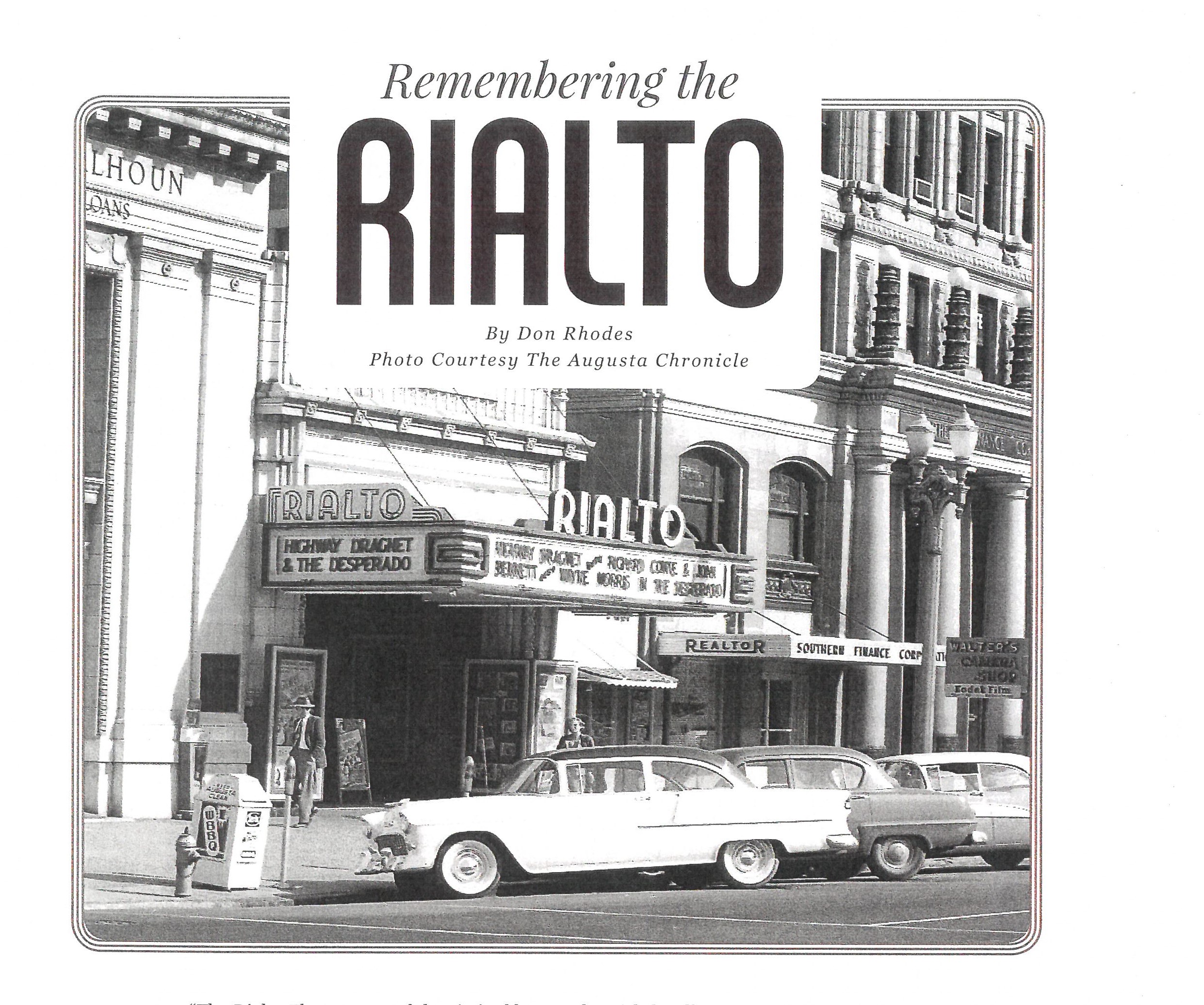 The theater architect, G. Lloyd Preacher also served as the building's first owner. The Rialto's exterior, plastered in a pale yellow, was complemented by its signature stage velvet curtains. The contractor, Mr. H. D. Hearn of S. A. Lynch enterprises, a prominent southern theater company, proclaimed the building to be fireproof. The ventilation system was reported to have "two eight-foot fans run by ten-horsepower motors which empty the air of the theater completely every two minutes and bring in a current of fresh air".

As an exclusive shower of Paramount and Art Craft motion pictures, locals were happy to hear that "Augusta will see the same pictures as are being shown in New York and other big cities...while they are new and fresh." Although expected to open on September 18, the opening was postponed to Monday, September 23 due to technical difficulties. Like many motion pictures that double as venues for vaudeville acts, the Rialto had a five-piece orchestra play every afternoon and evening.

On January 6, 1956, a news article announced that the Rialto was going out of business after almost 38 years of operation. With faltering success in relation to the Imperial and the Miller Theatre, the Rialto reported losing some $300 per week. The theater officially closed on Feb. 18 and was replaced by the Augusta federal savings and Loan Association which conducted extensive renovations on the building in association with Architect Phil Scroggs. A new marquee of Georgia marble was added, the theater floor was leveled and finished with terrazzo tiles, the walls were newly paneled, and an acoustically treated ceiling was installed.