The Goodman Theater operates as Chicago's oldest not for profit theater company. Since 2000, its home has been located within the heart of Chicago's theater district. However, its history dates back to 1922 when it opened in the back of the Art Institute. The history of the theater involves a mix of professional, student, or combined student and professional productions. The Goodman won a Regional Theatre Tony Award in 1992, one of five Chicago-based companies to win the award, giving Chicago the most Tony awards for the Regional Theatre category. The current DePaul University School of Drama owes its history to the Goodman School created in 1922, which served as an integral part of the Goodman until the 1970s and still enjoys a connection. 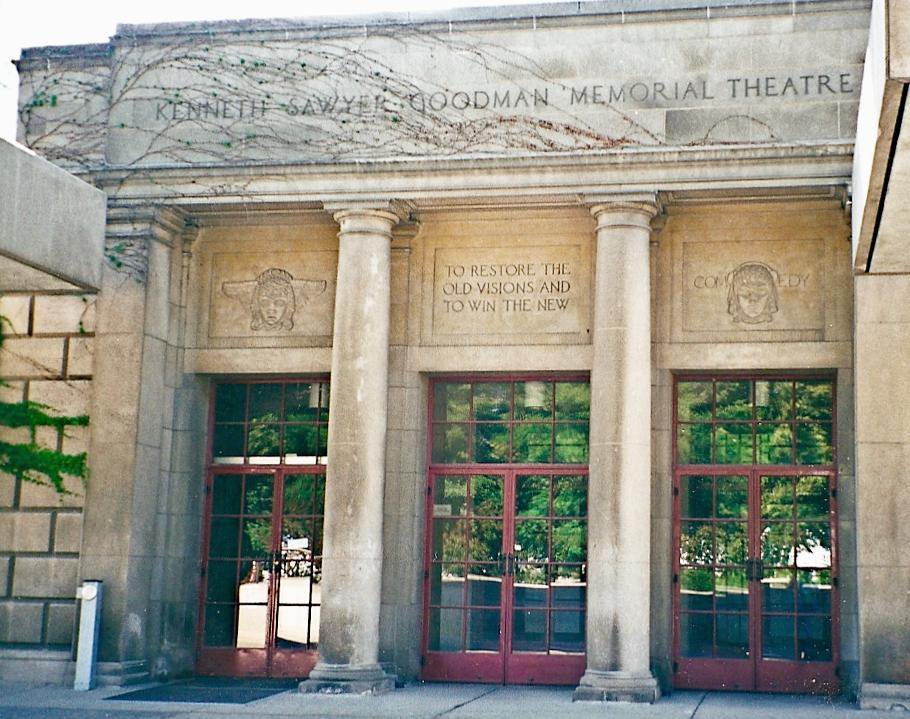 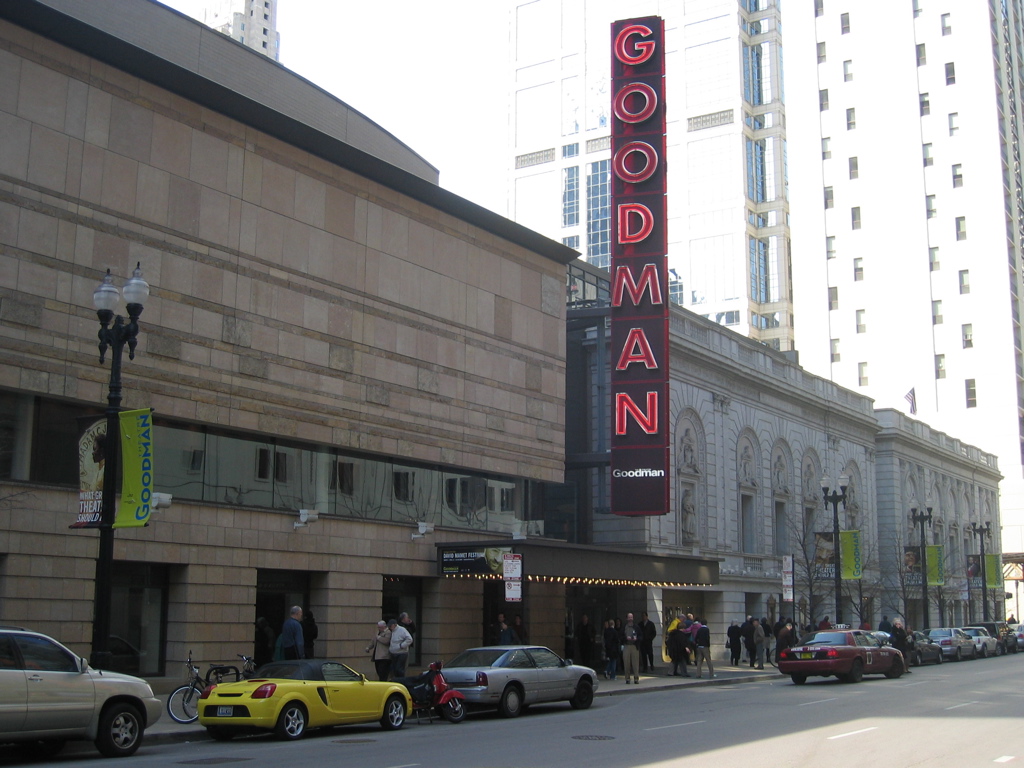 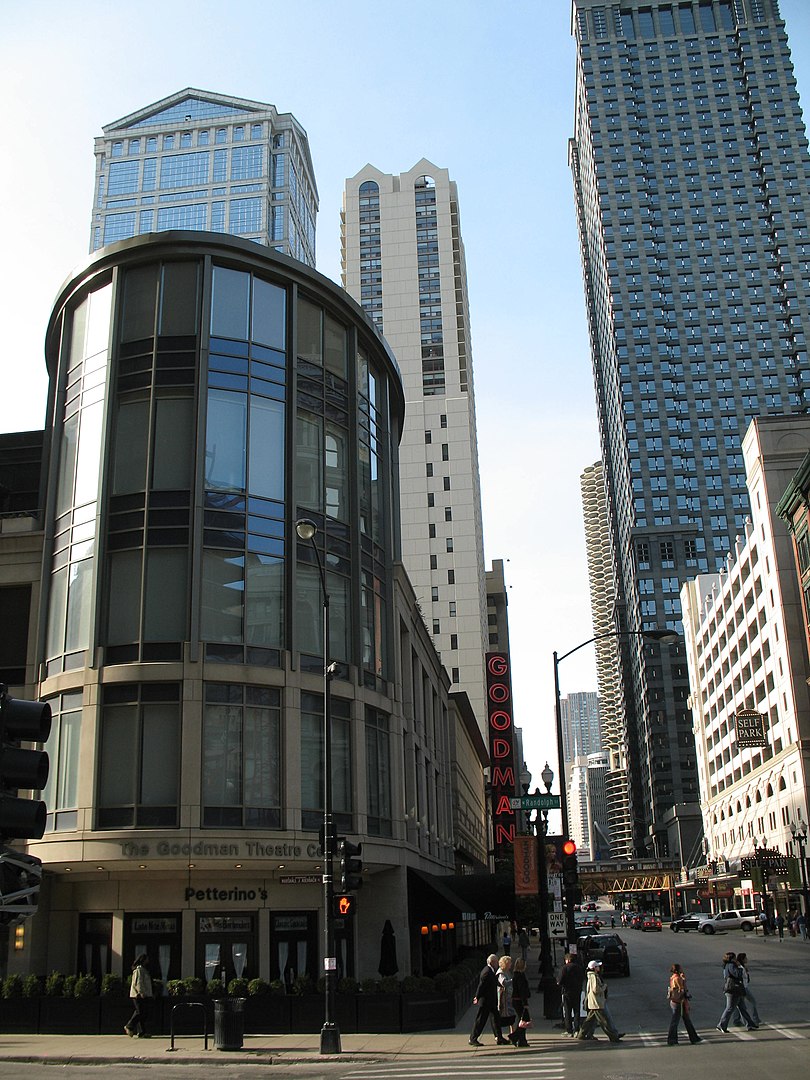 Chicago's oldest and largest not-for-profit theater opened in 1925, three years after the parents of Kenneth Sawyer Goodman, a Chicago playwright who died of the "Spanish Flu" while serving in World War I, sent a letter to the Art Institute trustees that proposed a theater at the rear of the museum as a memorial to their son. The theater group remained connected to the Art Institute until 2000 when it moved to Chicago's theater district in the heart of downtown Chicago. The Goodman Theatre has received a Tony Award for Outstanding Regional Theatre.

The Goodman Theatre opened during a decade when live shows gave way to films; movie attendance soared. By the mid-1920s, fifty million people a week went to the movies (the equivalent of half the nation's population). By 1929, in Chicago, theaters offered enough seats to accommodate half the city's population to attend a movie every day. Nonetheless, live theater -- plays and music performances -- did not vanish, and the Goodman catered to those still seeking to view live theater. Often, productions reflected a society that undergone profound change as a result of World War I; plays routinely reflected a culture less sure about its future than was before the war. The earliest productions at the Goodman drew audiences of all types, from the affluent to the art devotees.

The founding director Thomas Wood Stevens departed five years into the theater's existence in 1930, resulting in the professional company dissolving. Still, the school of drama Stevens had established in 1922 survived, and student productions took over the Goodman stage during the Great Depression and lasting into the 1950s. Professional actors did not return until 1957 when John Reich, a Viennese teacher and director, took over the Goodman and brought professional actors back to the theater. For twelve years, Reich directed productions that comprised of professional and student actors. But, in 1969, under his leadership, the Goodman opened the season with the first entirely professional acting company at the theater since its first five years of existence. In the late 1970s, having parted from the school (which had moved to DePaul University) and the Art Institute, the Goodman formed an independent board: Chicago Theatre Group. Although debts mounted during the late twentieth century as a result of hiring professional actors, the theatre avoided the plight of many 1920s theater houses by not only surviving but remaining relevant. In 1998, the landmark revival of Arthur Miller's Death of a Salesman enhanced the theater's popularity allowing it to move into a new structure. Thus, in 2000, the company moved into its current building at 170 N. Dearborn in Chicago's famed theater district. Meanwhile, the original Goodman School of Drama lives on through the DePaul University School of Drama, and enjoys a connection to the Goodman.