Rising up out of the ashes of the 1895 Libertyville fire, the Triggs and Taylor building has become one of the iconic buildings of downtown Libertyville. Built in 1896, it was home to the Triggs and Taylor grocery store for about 40 years. Since then, it has been home to a variety of businesses including other grocery stores, a shoe store, an ice cream parlor, and a menswear store. 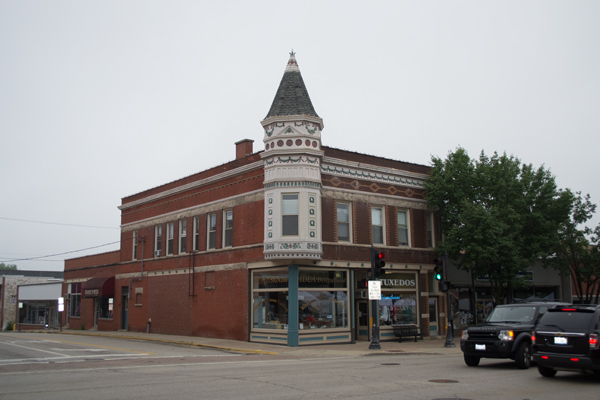 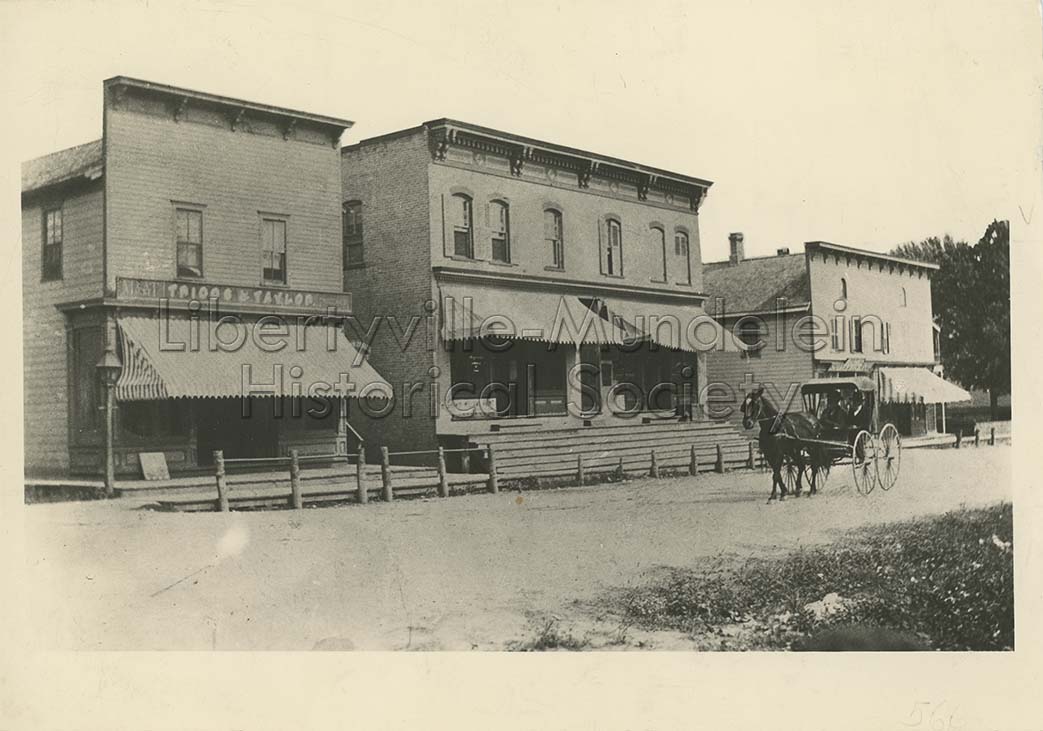 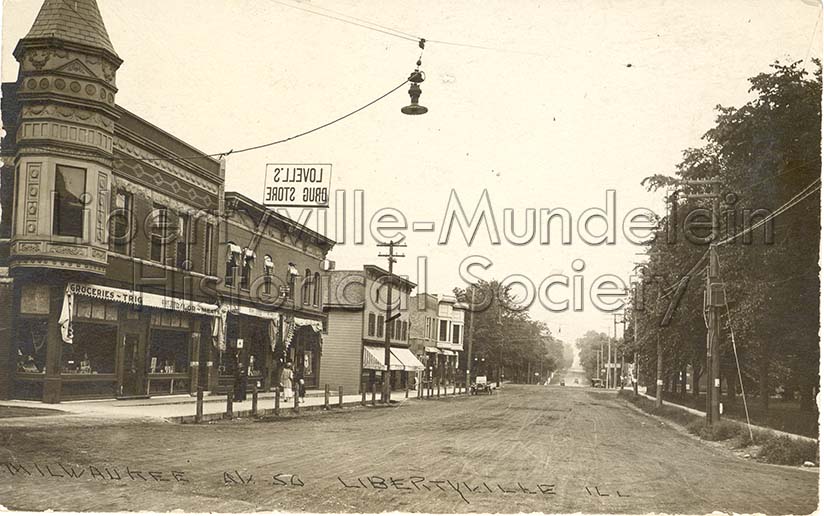 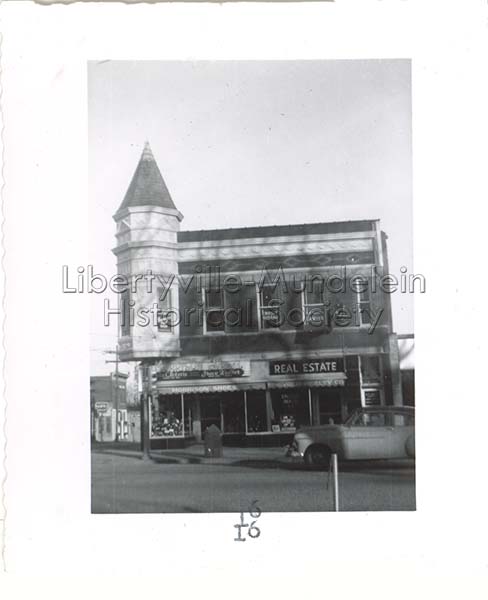 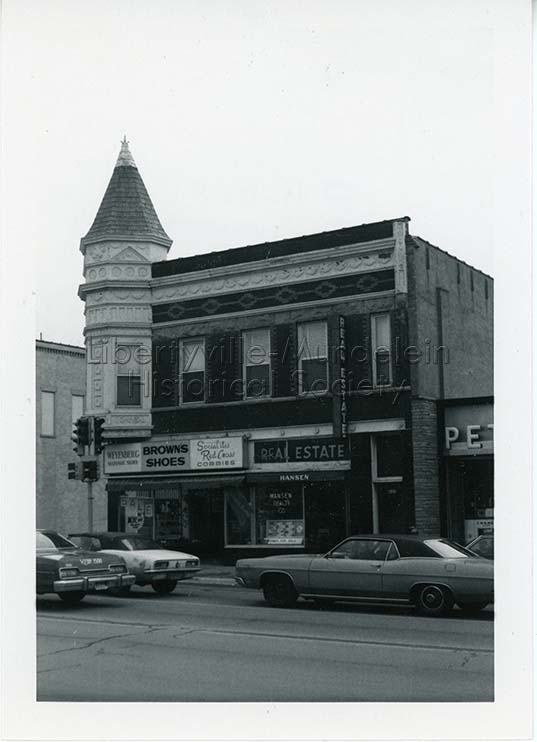 In 1892, brother-in-laws, J.Eli Triggs and Charles W. Taylor started a grocery and dry goods store. Triggs had grown up in Libertyville. Taylor was an immigrant from England who met and married Clara O. Triggs, J. Eli Triggs’ sister, in Iowa. The business was located in a wood framed building on the corner of Cook and Milwaukee Avenue in downtown Libertyville. All of this was destroyed on August 31, 1895, when a fire swept through the business district on the east side of Milwaukee Avenue. A makeshift store was quickly established and plans were made to rebuild.

In the fall of 1896, Triggs and Taylor reopened their store in a grand, fire proof brick building. In 1914, the store ownership was passed on to the sons of J. Eli Triggs and C.W. Taylor: Ross Triggs and Ross Taylor. Eventually, Ross Taylor sold his share of the store to A. L. Johnson. The partnership of Triggs and Johnson would last until 1932, when A. L. Johnson sold out to Ross Triggs.

In 1933, Triggs Market moved a few doors down to 422 N. Milwaukee Avenue and the National Tea Company, a chain grocery store, moved in. The building continued its role as a grocery store.

By the mid 1950s through the 1980s, the building became home to a variety of businesses including Morrison Shoe Store, Enevold Realty, Brown Shoes and Mainsweets.

The upstairs space functioned as offices for professional services such as lawyers, dentists and doctors. One early tenant was Dr. John Taylor. Known as “the country doctor,” Dr. Taylor practiced medicine for 50 years in Libertyville. He was Lake County Coroner and instrumental in the founding of Condell Hospital. Dr. Taylor was also involved with the World War I local draft board, which had their office in an upstairs space.