A mix of old and new. The Old Chicago-School framing and windows of the Oliver Building facade along with the theatre advertisements of the Theater that now occupies the vast majority of the building. 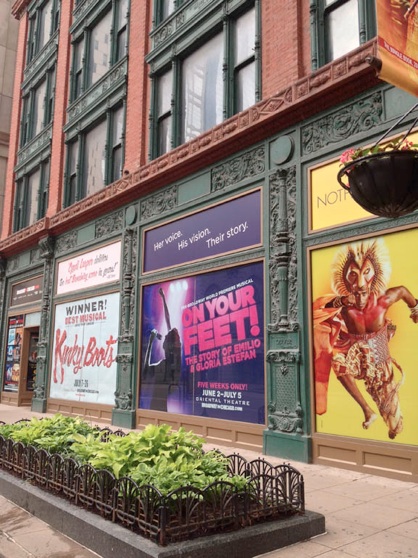 The Oliver Building only stood five stories high in 1907. Two stories were added in 1920.

The nameplate that remains in place on the front facade, despite the building now existing as part of the James M. Nederlander Theatre 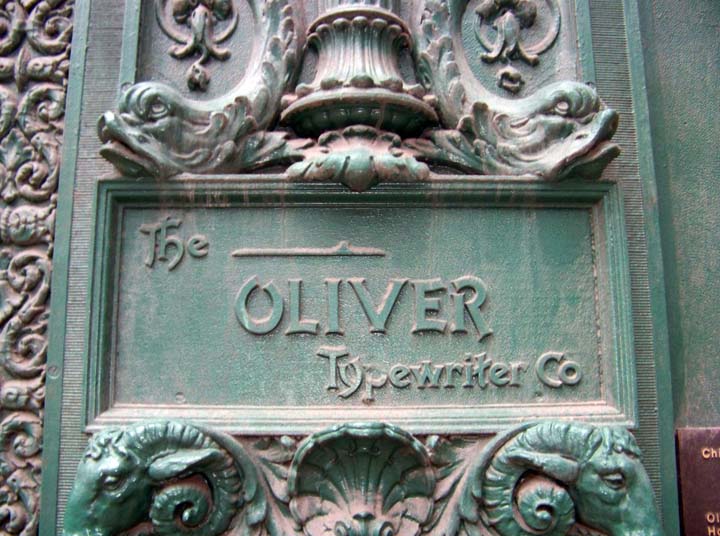 2012 Photo when the front facade of the former Oliver Building existed as part of what was known then as the Ford Theater. The Chicago School design and Chicago Windows are easily seen. It was designed by Holabird & Roche for the Oliver Typewriter Company. The top two floors were added in 1920. 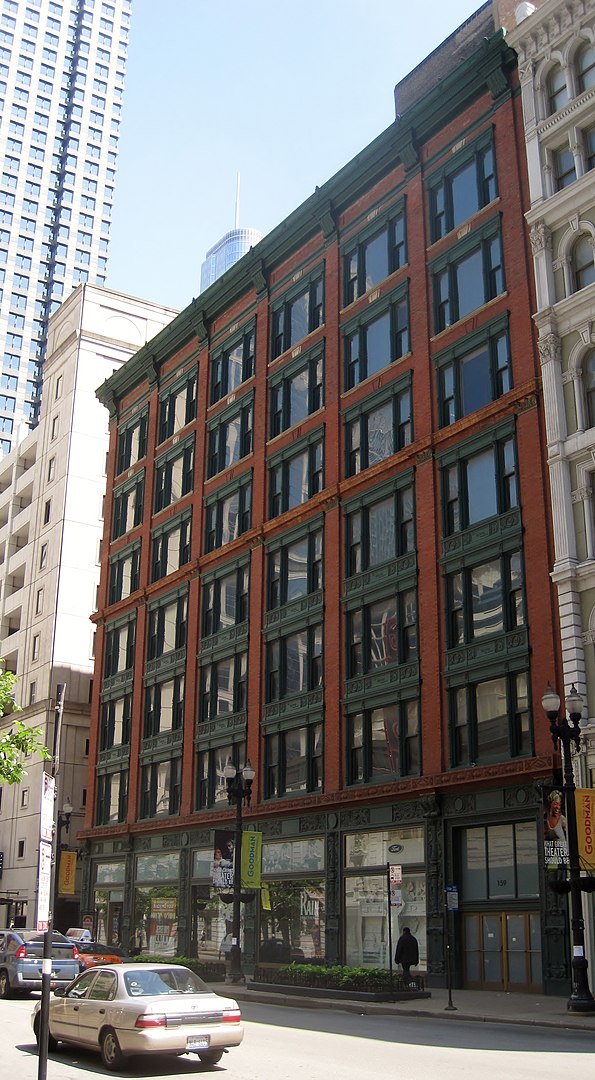 The Oriental Theater (now James M. Nederlander Theatre) expanded in 1997 by tying its theater into the historic Oliver Building, leaving only a portion of the landmark Oliver Building and its front facade in original form. As such, historic theater and the historic building -- home to the Oliver Typewriter Company -- seemingly merged. Oliver Typewriters revolutionized the typewriting industry, growing into the world's leading typewriter manufacturer. The company moved to its downtown Chicago location in 1907. Meanwhile, The Oriental Theater opened nearby in 1926 as a place for silent films and vaudeville performances before movies served as the theater's leading draw.

Methodist minister Thomas Oliver founded the Oliver Typewriter Company in 1894 two years after he applied for a patent on his unique design for a "down-strike" typewriter that allowed the typist to see the line he or she was typing. Oliver's design differed from other typewriters of that era that used a "front-strike" method, preventing typists from seeing what they were typing. From 1896 to 1926, the Oliver Typewriter Company stood as the leading typewriter manufacturer in the world, having developed more than a dozen models of its distinct typewriters. Its "No. 9" accounted for more than 400,000 units of sales from 1915 to 1926. The Oliver Typewriter company constructed a factory in the Chicago suburb of Woodstock, Illinois, affording that suburb of becoming the "typewriter capital of the world." Oliver moved the company to its now-historic Dearborn Street location in 1907. The Oliver Building personified the classic principles of the Chicago School of architecture. One can easily view the building's internal steel frame by observing the surviving front facade and the cast-iron ornamentation that includes inscriptions of its name and product. By 1920, the company operated six branches throughout the U.S. and London and added two floors to its downtown Chicago location.

Thus, the expansion and renovation of the Oriental Theater during the 1990s provided the theater a new life, but it also came with a plan to demolish the history of another icon: The Oliver Building. Instead, the compromise met by city, historians, builders and investors in the 1990s ostensibly saved the history of both well-known institutions, allowing their chronicles to remain tied together for the foreseeable future.