This 19-acre park was created in 1996 as part of the state of Tennessee's efforts to commemorate the 200-year anniversary of Tennessee statehood. The park includes dozens of monuments and historic markers that interpret and celebrate the state's history, including a "Pathway of History" that guides visitors through a chronological exploration of Tennessee's past. Other highlights include the World War II Memorial, a circle of carillon towers with 95 bells, a 200-foot granite map of the state, several fountains, and a 2,000-seat amphitheater. 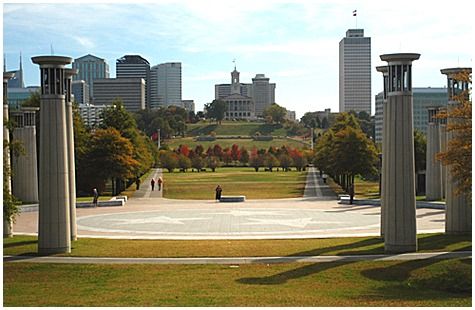 Tennesseans & Their History by Paul H. Bergeron, Jeannette Keith, and Stephen Ash. Click the link below for more information about this book. 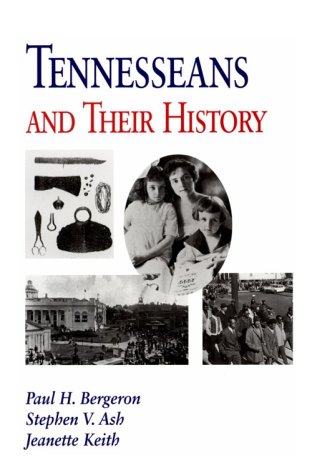 The park hosts the Tennessee History Festival each October 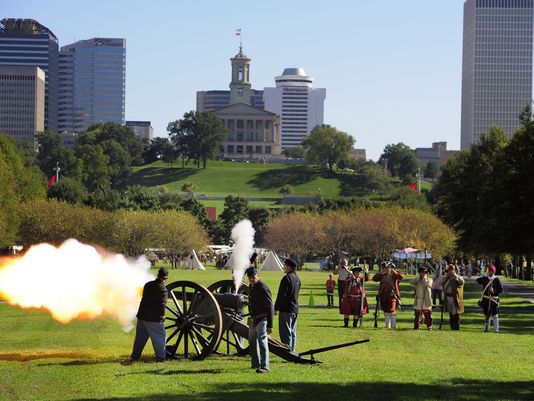 The state legislature created Tennessee 200 and appointed a Bicentennial Commission several years prior to the 200-year anniversary of Tennessee's admission into the United States in 1796. These two organizations coordinated projects and awarded grants to local counties to fund bicentennial celebrations, and also worked to create this historical park in the shadow of the state capitol. The mall was dedicated on June 1, 1996.

Each feature of the park was planned to commemorate the history of the state or highlight its natural features. For example, 31 fountains representing the leading waterways of the state come together at the Rivers of Tennessee Fountain Plaza. The Tennessee Map Plaza features a 200-foot wide granite map of the state. Together with eight smaller maps, the Plaza highlights information about the state's geography, economics, and history. The park is best known for its iconic Court of 3 Stars which includes the icon of three stars found in the Tennessee state flag.

The image and state flag represent the three Grand Divisions of Tennessee-- East, Middle, and West. East Tennessee is home to the Great Smoky Mountains and is part of Appalachia. In contrast to the mountainous region of Eastern Tennessee, Middle Tennessee features rolling hills and is home to Nashville. West Tennessee has a more "Southern" orientation and is part of the Gulf Coastal Plain. Historically, this region was dominated by cotton production. During the Civil War, many of the residents of East Tennessee opposed secession. In fact, some residents attempted to secede from Tennessee after the rest of the state joined the Confederacy. Given its reliance on cotton and the dominance of cotton planters, West Tennessee strongly favored secession. As one might expect, residents of Middle Tennessee divided on the issue of secession.

In addition to monuments and markers, the park is home to the Tennessee History Festival. This two-day festival is held each October and offers historic displays, lectures and entertainment, and demonstrations by historic re-enactors.

Park visitors often enjoy a trip to the nearby Nashville Farmers’ Market. Open year-round and located just across from the park, the Farmer's Market is home to vendors as well as restaurants and retail shops.