The 501-505 building has been a vital part of the fabric of Libertyville throughout its existence. Built by the Lake County Bank in 1894 in a prominent business district location, the brick building originally provided two first floor storefronts and a second story flat. A varied array of businesses have come and gone from north storefront and the second level, but the establishments with the longest tenure occupied the corner storefront at 501. In 1923, the bank completed a new state-of-the-art facility and moved next door to 507 N. Milwaukee Avenue. Titus Brothers Electrical Contractors bought the building and began a more than 50-year run in the corner spot. In 1982, the Picnic Basket Restaurant established themselves in the corner store and became a mainstay in the Libertyville restaurant community. Their recently completed expansion and restoration of the structure has assured that Lake County Bank building will continue well into the next century. 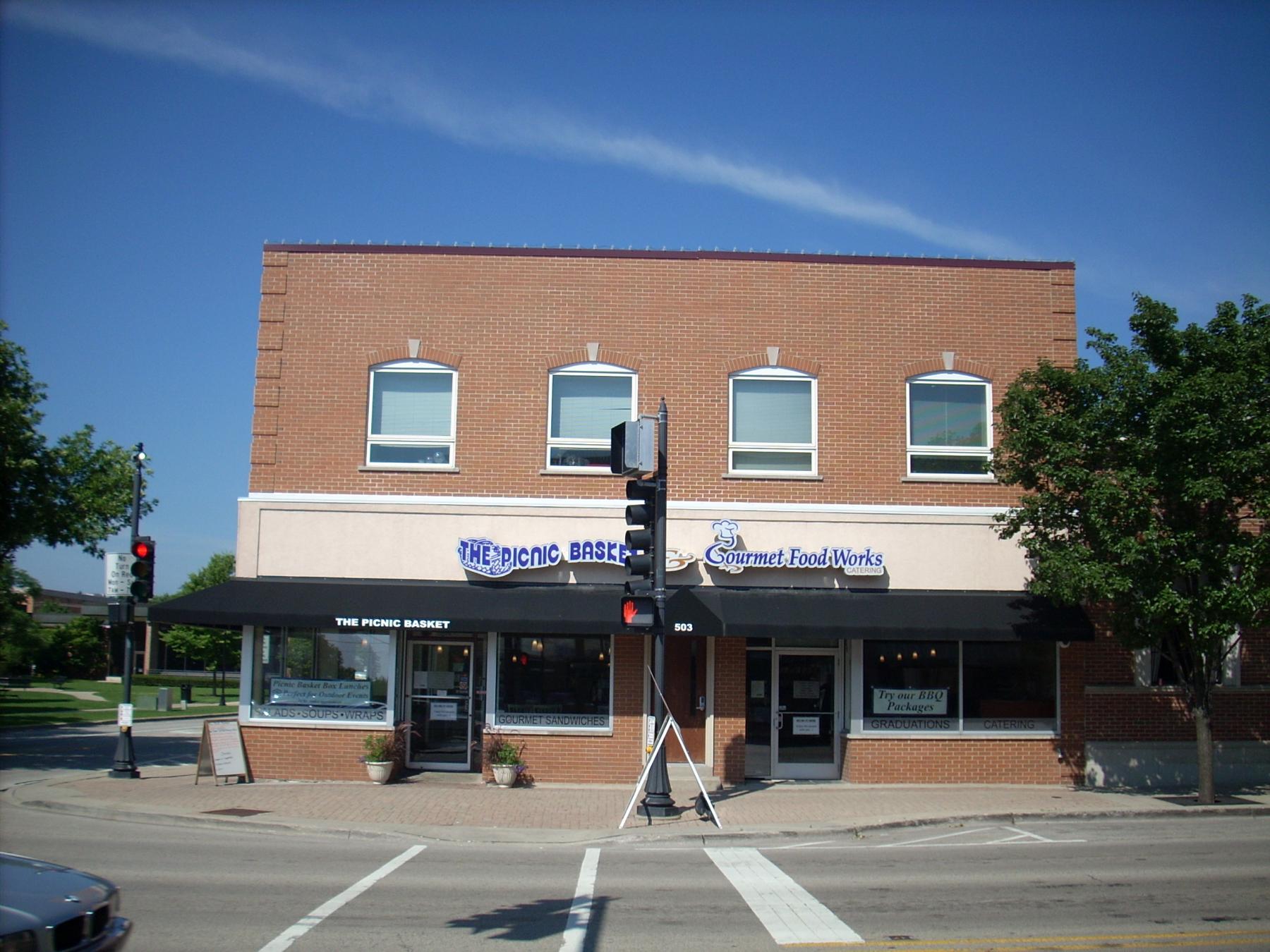 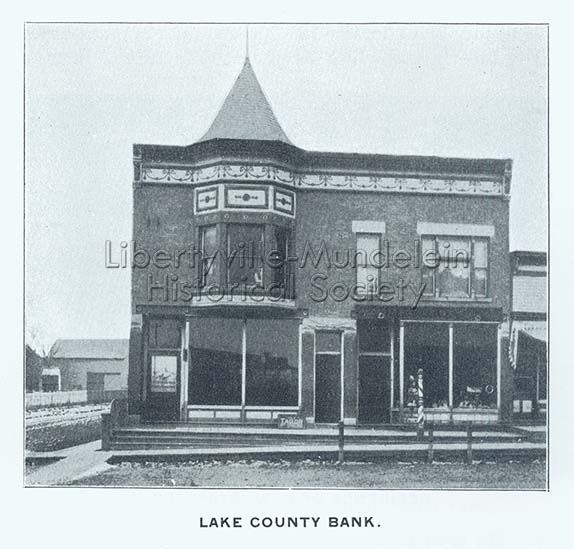 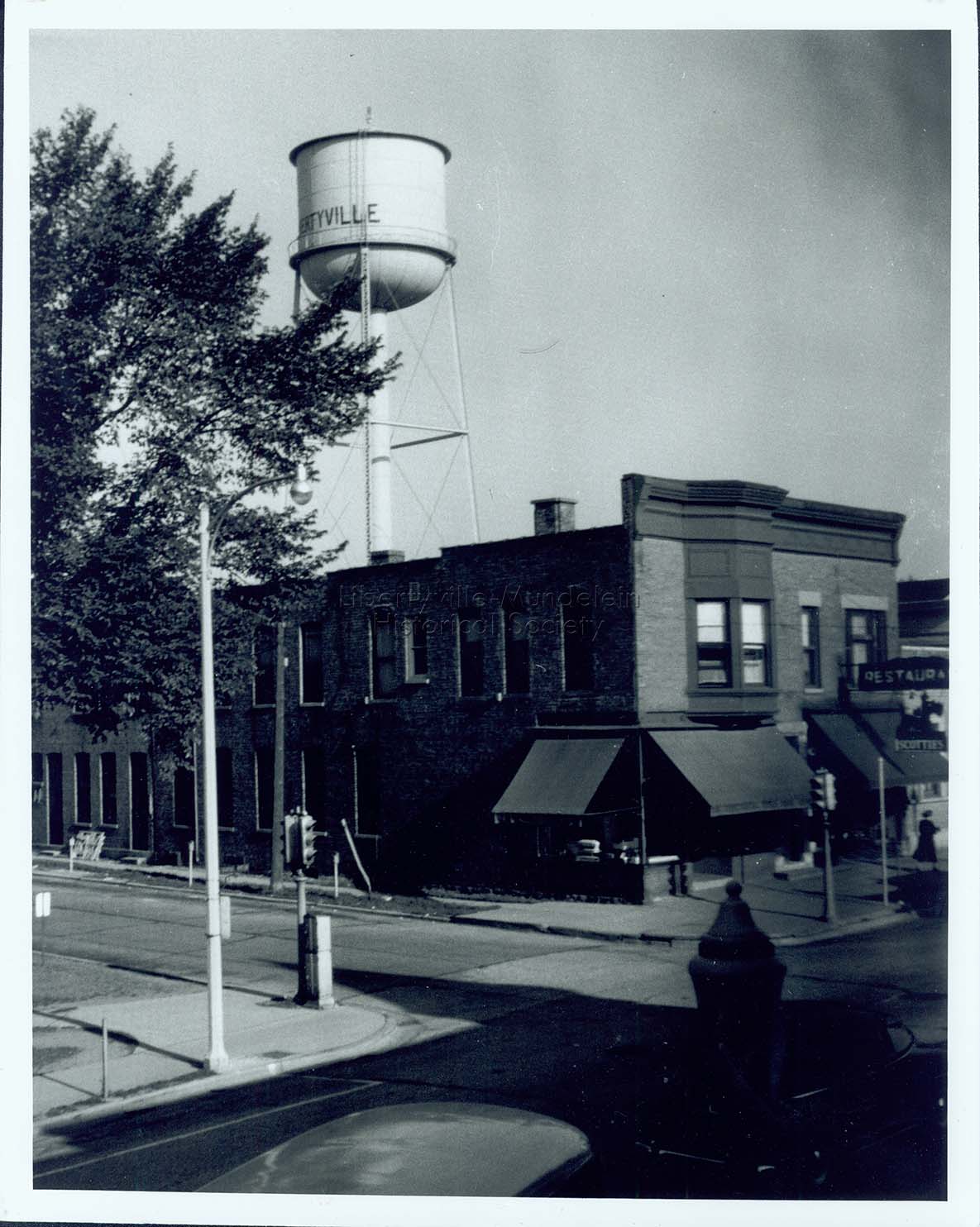 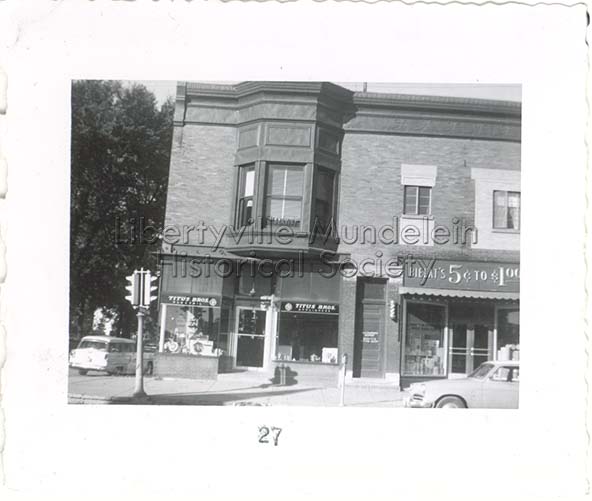 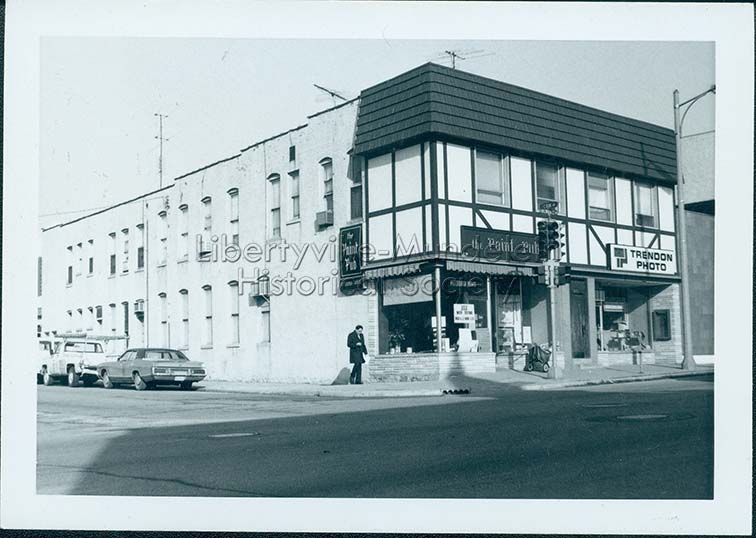 In 1892, E.W. Parkhurst, Caleb Wright, G.A. Wright, C.F. Wright and F.P. Dymond formed the first bank in Libertyville with an office further north on the 500 block. Initially called Wright, Parkhurst & Company, the firm was briefly known as Wright, Dymond and Co. after Parkhurst sold his interest shortly after opening. The 501-505 N. Milwaukee Avenue building was constructed in 1894 to house the growing institution now known as the Lake County Bank.

The bank flourished in the new 501 N. Milwaukee location. By 1898, deposits averaged over $100,000 and services had expanded to include farm loans, insurance policies and real estate transactions. In 1903, the financial institution was incorporated under the National Banking Law as the Lake County National Bank of Libertyville. The bank successfully continued to grow and in 1922 started construction of a state-of-the-art facility constructed at 507 N. Milwaukee Avenue.The grand opening was held in March 1923.

In 1924, Titus Brothers Electrical Contractors purchased the former bank building and made the 501 location their business home for more than 50 years. After Titus Brothers left the space, a quick succession of businesses moved through including a home decorating store called the Paint Pub and a short-lived bakery. The exterior construction of the building had been extensively altered from the original look by this time with different windows and a faux stucco English Tudor exterior on the east facade. In 1982, Ahmed and Cathy Amin came to Libertyville and found the corner storefront available. They believed the highly visible location would be well suited for a small restaurant and opened the Picnic Basket Deli in the late spring of that year with two tables and a counter that had seating for three more.

The 503 and 505 N. spaces had a very different experience with occupants. 503 was the designation for the second floor flat. Over the years, it has contained such businesses as dentists, lawyers, barbers and even a chiropractor. It has not been used commercially for decades and is utilized now as an apartment. A fascinating array of businesses have been located at 505. Early on, there was a barber and a cigar factory in the space. The walls have hosted pool halls, restaurants and longtime Libertyville mainstay, Bielat’s five and dime store. Several camera stores, Trendon Photo, the Camera Bag and Helix Photo, occupied the spot for nearly three decades in the latter part of the twentieth century. A small assortment of shops that included Cathy’s Garden Gate came and left 505 during the first years of the next decade.

In 2011, after a nearly thirty-year tenure in the 501 location, the building that had been purchased by the Amins years earlier, underwent a historic renovation. The long overdue expansion of the successful business included the removal of the wall that separated the two first floor storefronts and created a single, larger location with increased seating and food preparation space. The changes included a removal of the synthetic stucco, brick refacing on three sides of the structure, new west facing windows and brand-new stucco frieze with signage. With this rejuvenating remodel, the building is now ready to face the future.