The construction of Gren Bay's Fox Theatre began in 1929 at a period when ornate downtown movie palaces were a feature in every American city. The theater opened on Valentine's Day in 1930, a few months after the stock market crashed and the early phases of the Great Depression could be felt. By 1933, the original company faced bankruptcy and merged with Twentieth Century to become 20th Century Fox. Meanwhile, Warner Brothers Studios purchased the Fox Theatre and changed the name to the Bay Theatre. Like many movie palaces, the Bay Theatre struggled in the postwar period but the building was preserved thanks to local residents and the Robert T. and Betty Rose Meyer Foundation. Today, the theater operates as the Meyer Theatre.

2013 Photo of the Meyer Theatre, formerly known as the Bay Theatre and, historically, the Fox Theatre 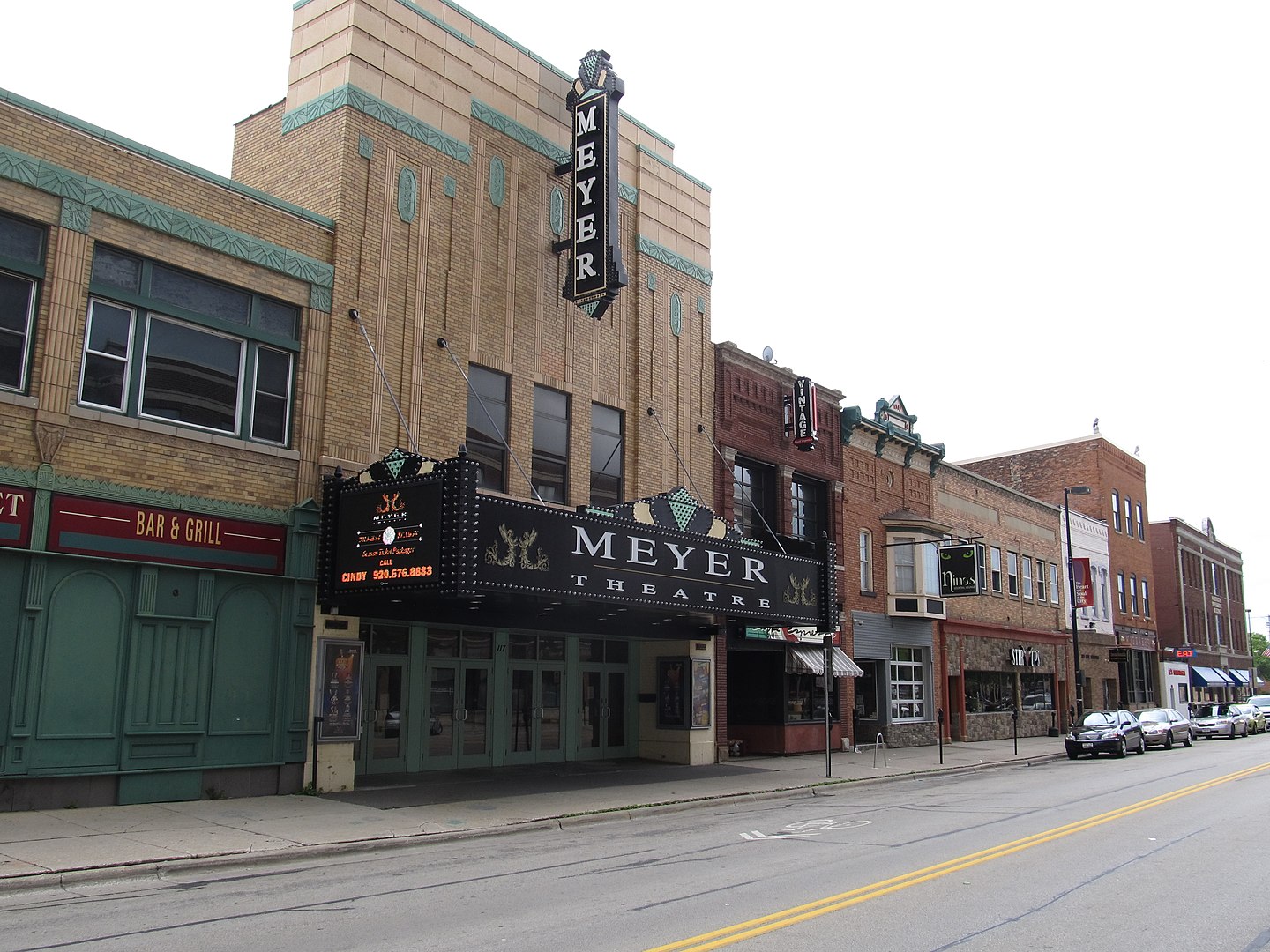 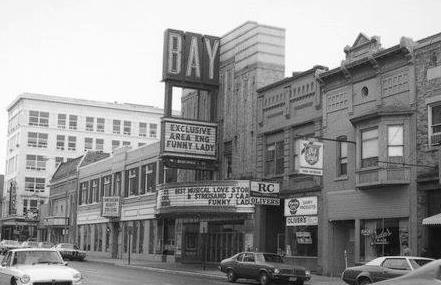 1964 photo credit and courtesy of Neville Public Museum of Brown County (via CinemaTreasures.org) 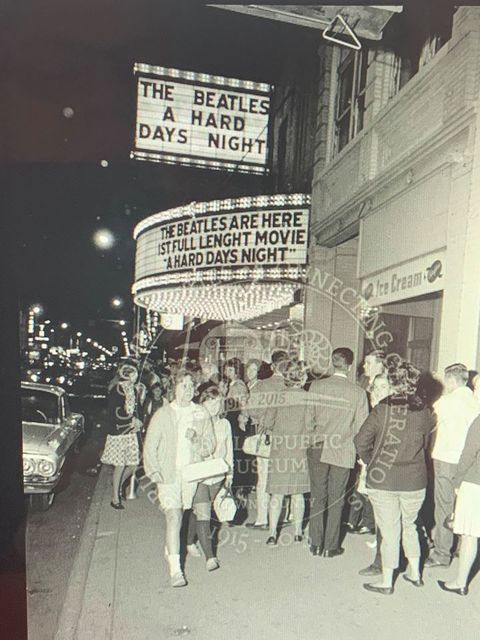 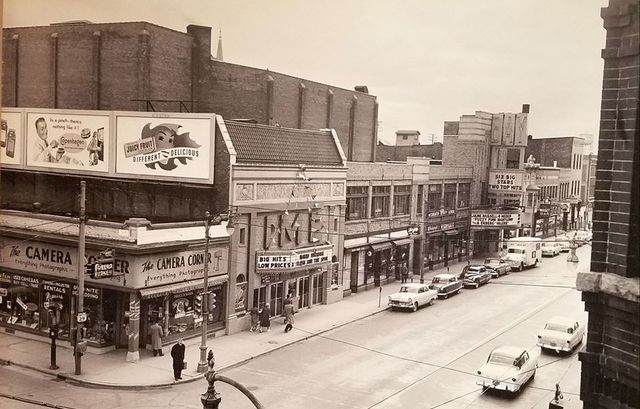 1930s photo of the Bay Theatre (a few years after Fox sold the property). Photographer unknown (via CinemaTreasures.org) 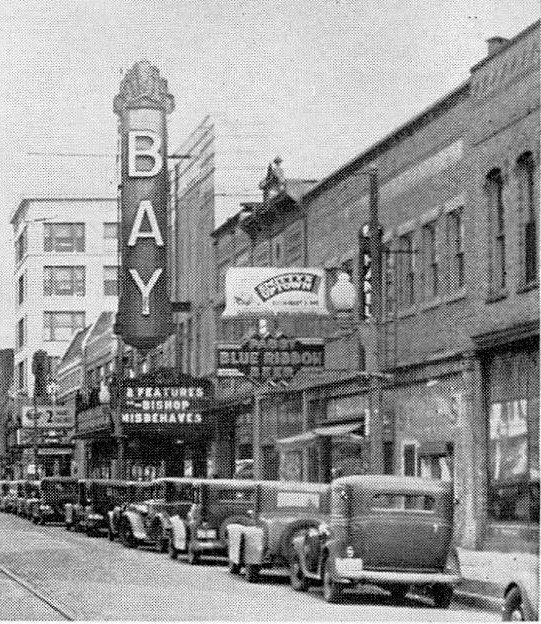 Fox Theatre interior shot in Green Bay at opening on February 14, 1930 (via CinemaTreasures.org) 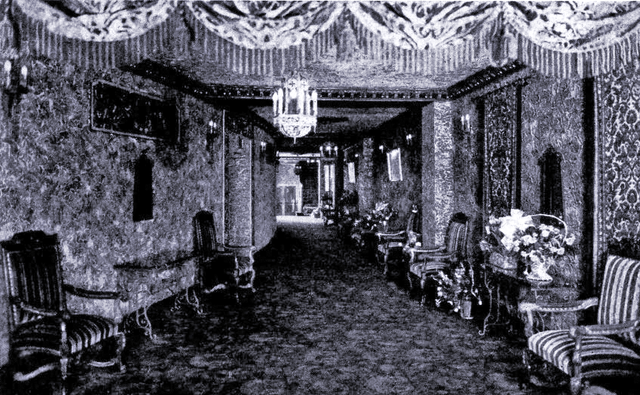 The Fox Theatre opened as an exemplary motion picture palace typical of large cities during the 1920s. Construction began on the historic theater in 1929 when the nation had enjoyed years of economic growth, but by the time it had opened in 1930, the Great Depression had commenced; the theater went bankrupt in 1933. Fortunately, the theater survived the Depression and some financial struggles during the late twentieth century and now operates as the Meyer Theatre. Its survival allows people to take a glimpse back to the "Roaring '20s" when movies and movie palaces grew immensely popular.

The typical motion-picture palace differed significantly from the smaller nickelodeons, vaudeville theaters, and playhouses of the 1890s - 1910s. Movie palaces arose in large cities by the late 1910s and in earnest by the 1920s, coinciding with the decade's meteoric rise in consumer culture. Between 1925 and 1929, more than 3,000 movie theater palaces opened in the U.S., with moviegoers doubling during that period. The movie palaces' spectacular quality and luxury provided guests with a theater experience as grand as the movie. Besides the ornamentation and lavish details, the vast majority of space and design went towards giving patrons exceptional comforts and a wealth of amenities. (Motion picture palaces existed as one of the first building types, other than places like hospitals that offered guests a "controlled atmosphere" with air conditioning.)

By 1930, however, the parent Fox firm was already finding itself in financial trouble worsened by the stock market crash of 1929 and subsequent Great Depression. As a result, Fox merged with Twentieth Century in 1935 to became the well-known 20th Century Fox. Before the merger, Fox divested itself of its many theatres. Consequently, in 1933, Warner Brothers Studios purchased the Fox Theatre and changed the name to the Bay Theatre.

The story in Green Bay mirrored that of the nation's theater trends. The onset of the Great Depression led to a quick decline in movie palace construction. After the 1930s, World War II, post-war suburbanization, increased movie production, the automobile, and even television led to a trend in chains and large multi-plex theaters instead of downtown movie palaces. The vast majority of once-grand movie palaces are long gone, while many others now operate as restaurants and retail stores.

In 1978, The Bay Theatre suffered from low attendance and financial woes, resulting in its sale to Standard Theatres and subsequent conversion into a tri-plex movie theater. Still, continued fiscal struggles nearly led to its planned demolition in the mid-1990s. A business group came to the rescue when it purchased the theater in 1998. They, along with a community effort, raised enough money to renovate the historic structure. In particular, the Robert T. and Betty Rose Meyer Foundation donated a substantial amount to the effort, leading to it re-opening in 2002 as the Robert T. Meyer Theatre (and it still operates as the Meyer Theatre as of 2020.). A severe storm damaged the Marquee in 2006, but it was restored in 2012. Other renovation projects from 2010 to 2020 have enhanced the Meyer Theater, one of hundreds of movie palaces from the early 20th century that was saved thanks to preservationists and local citizens.