The Hoover house, built in 1856, was originally on a 125 acre farm at the present day intersection of Dodge Road and Glen Oaks Drive. At the time, it was adjacent to the Bigelow Ransom Creek Farm. The Hoover house shares the story of upper middle-class life with special focus on Hoover's agricultural business and entertainment of the late 1800s. 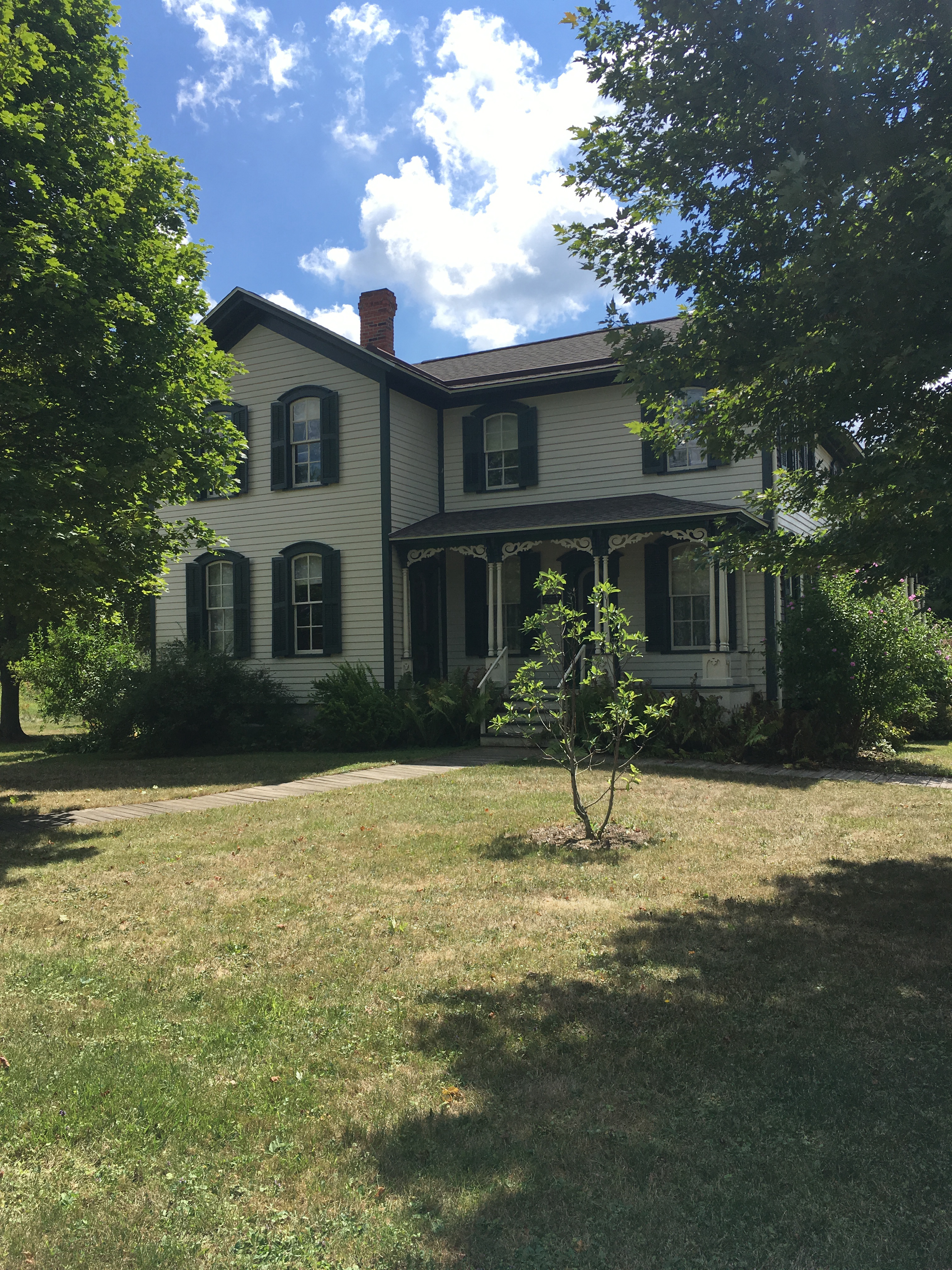 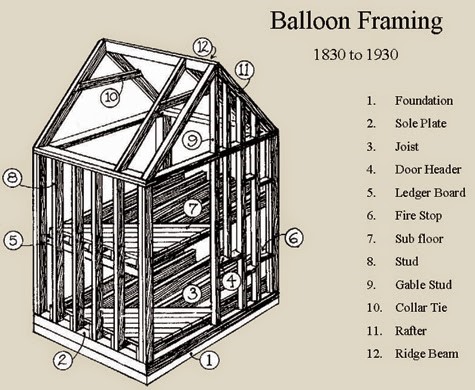 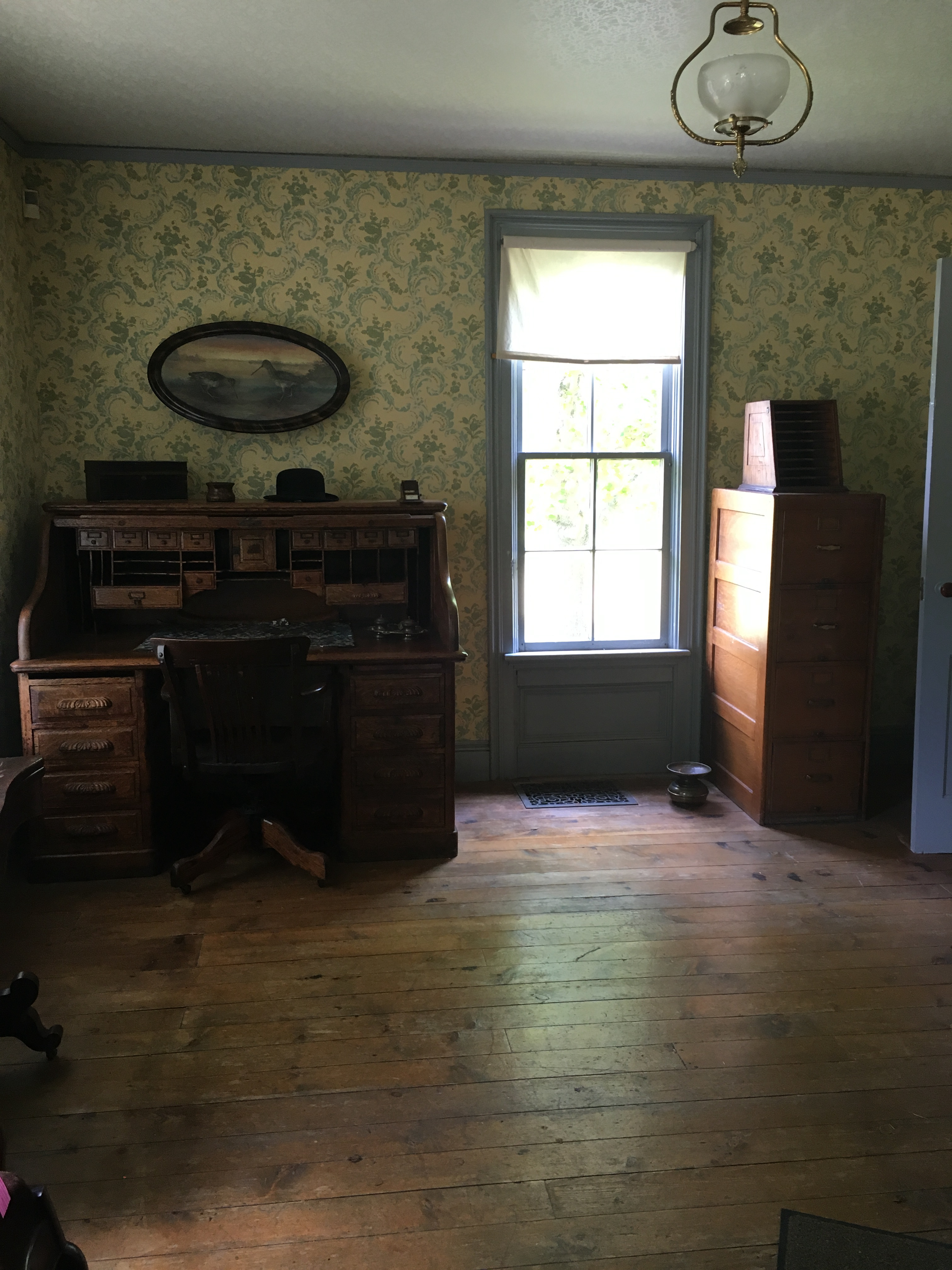 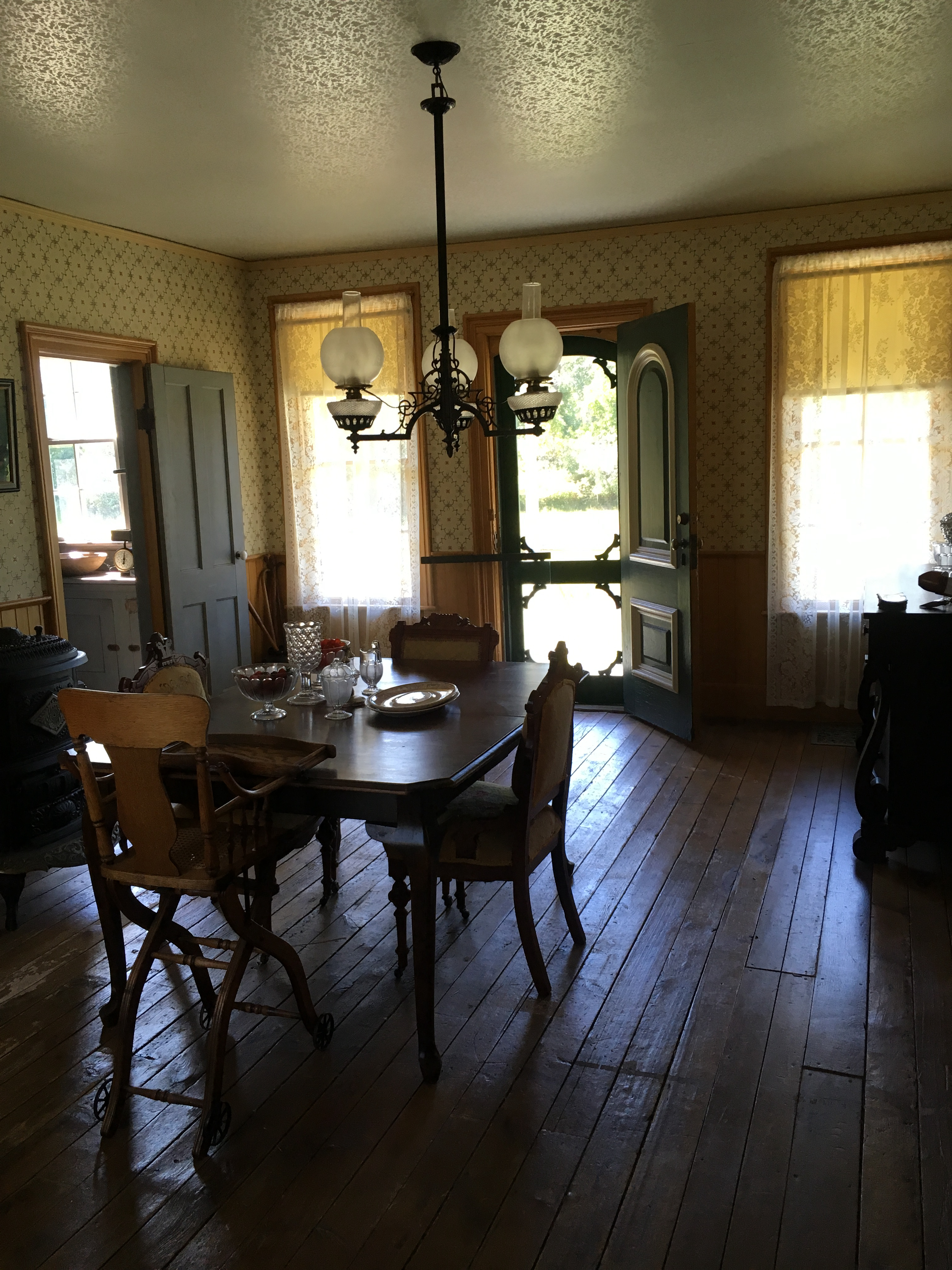 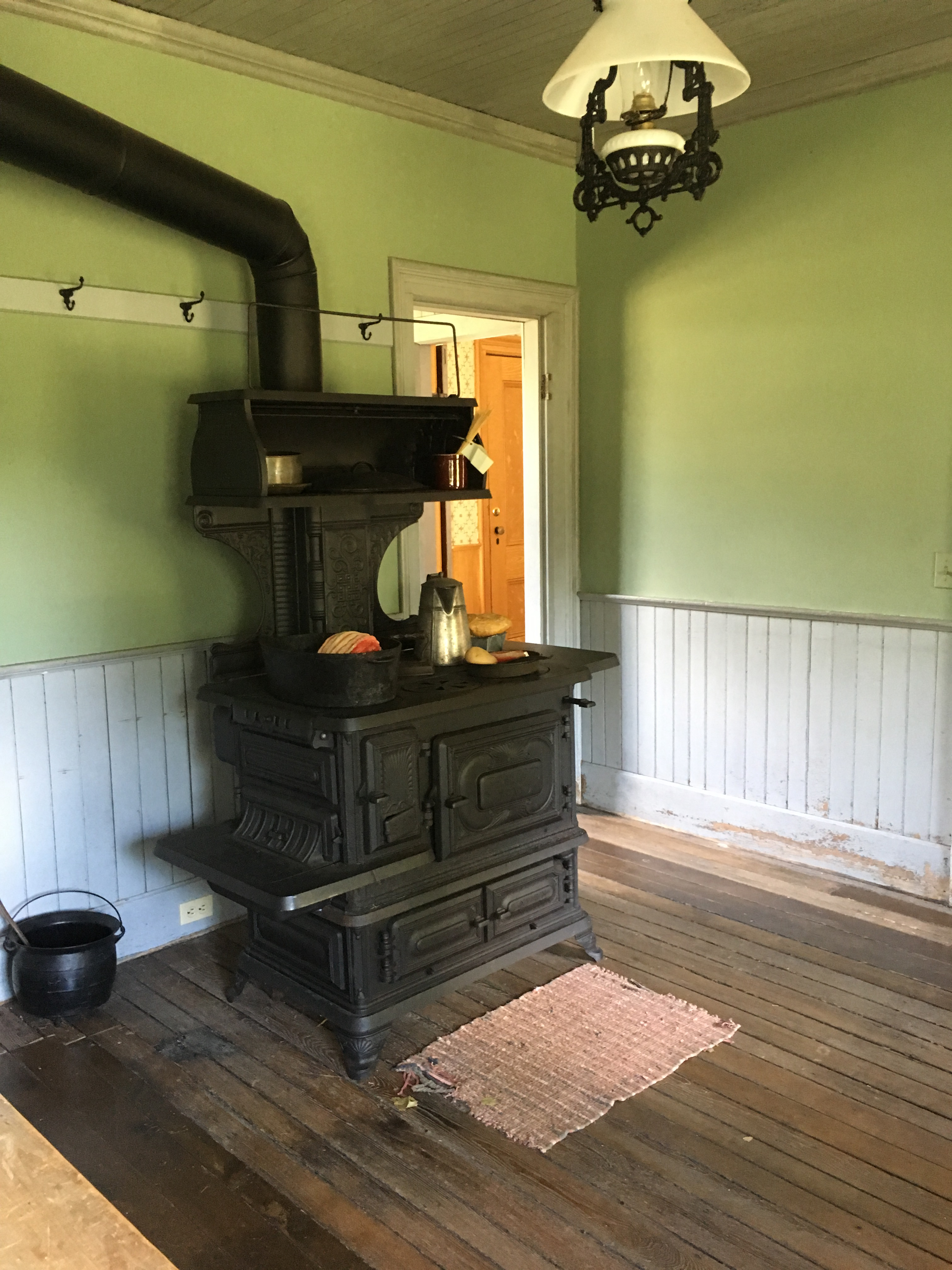 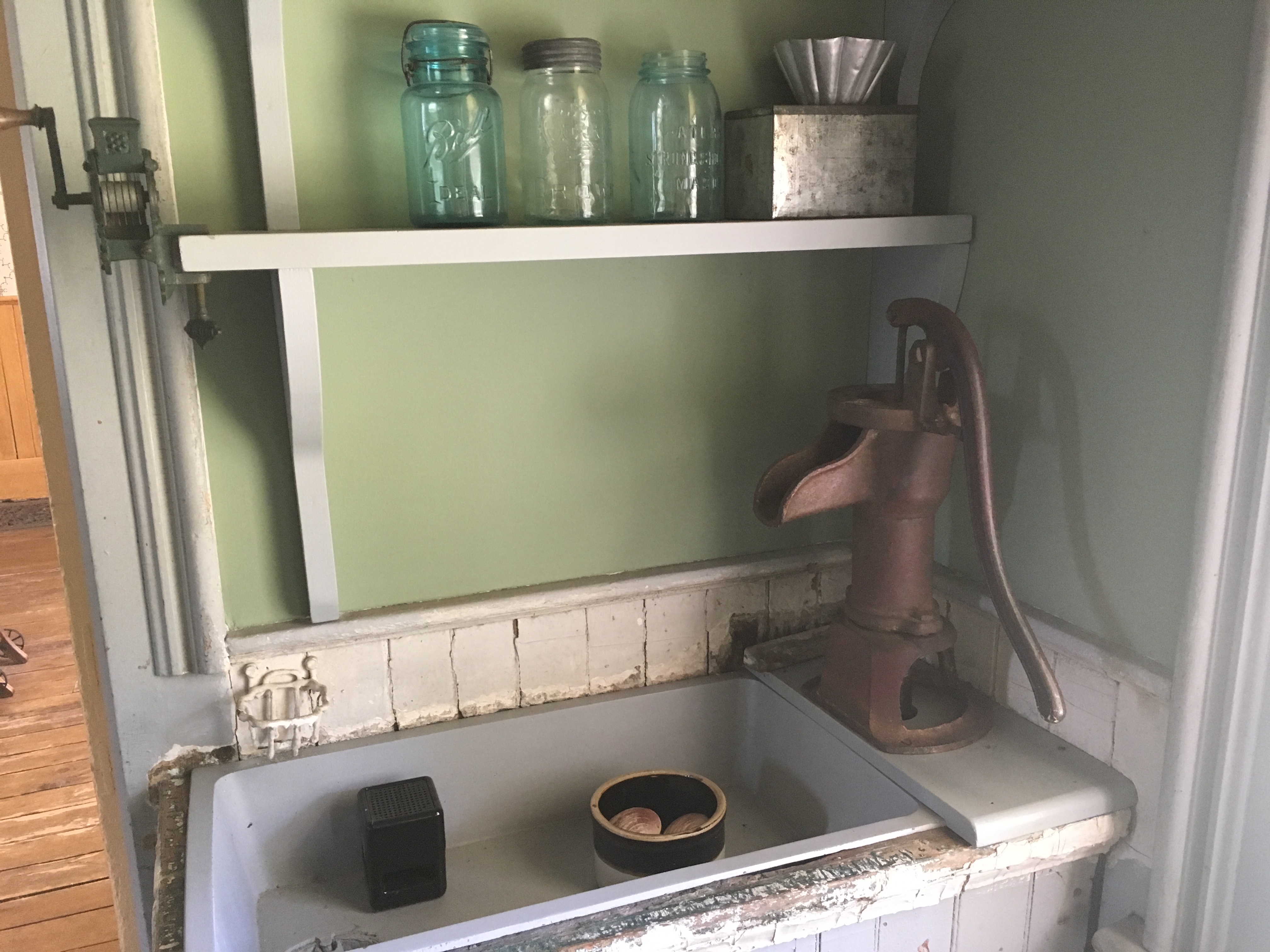 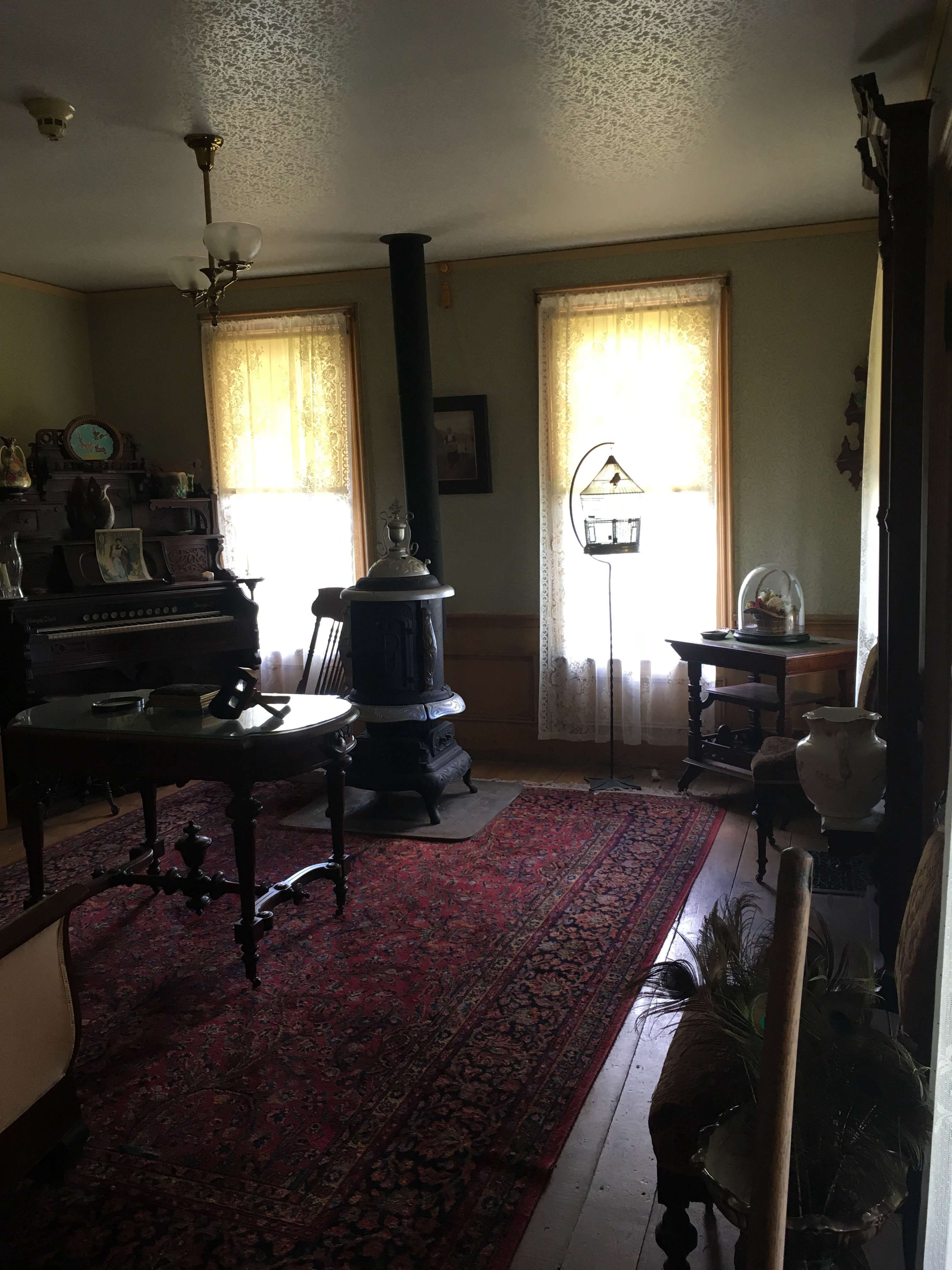 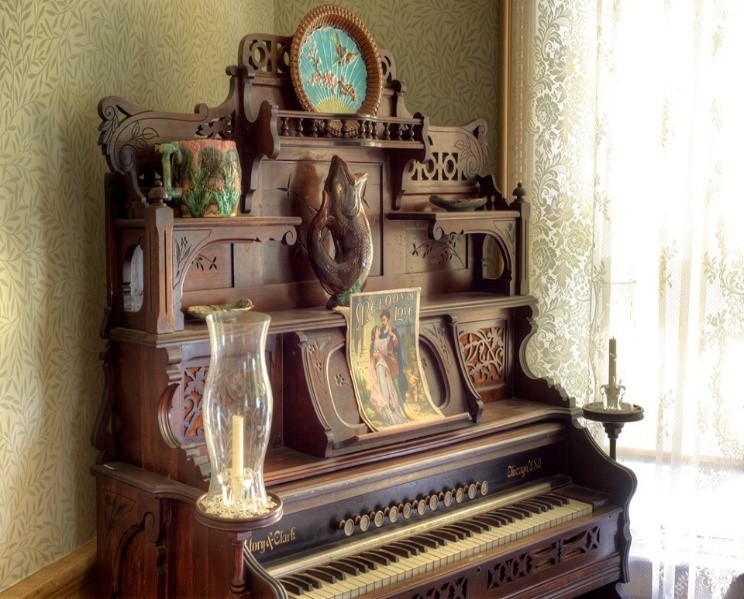 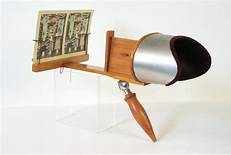 The Hoover House and farm is depicted in the lower left corner. 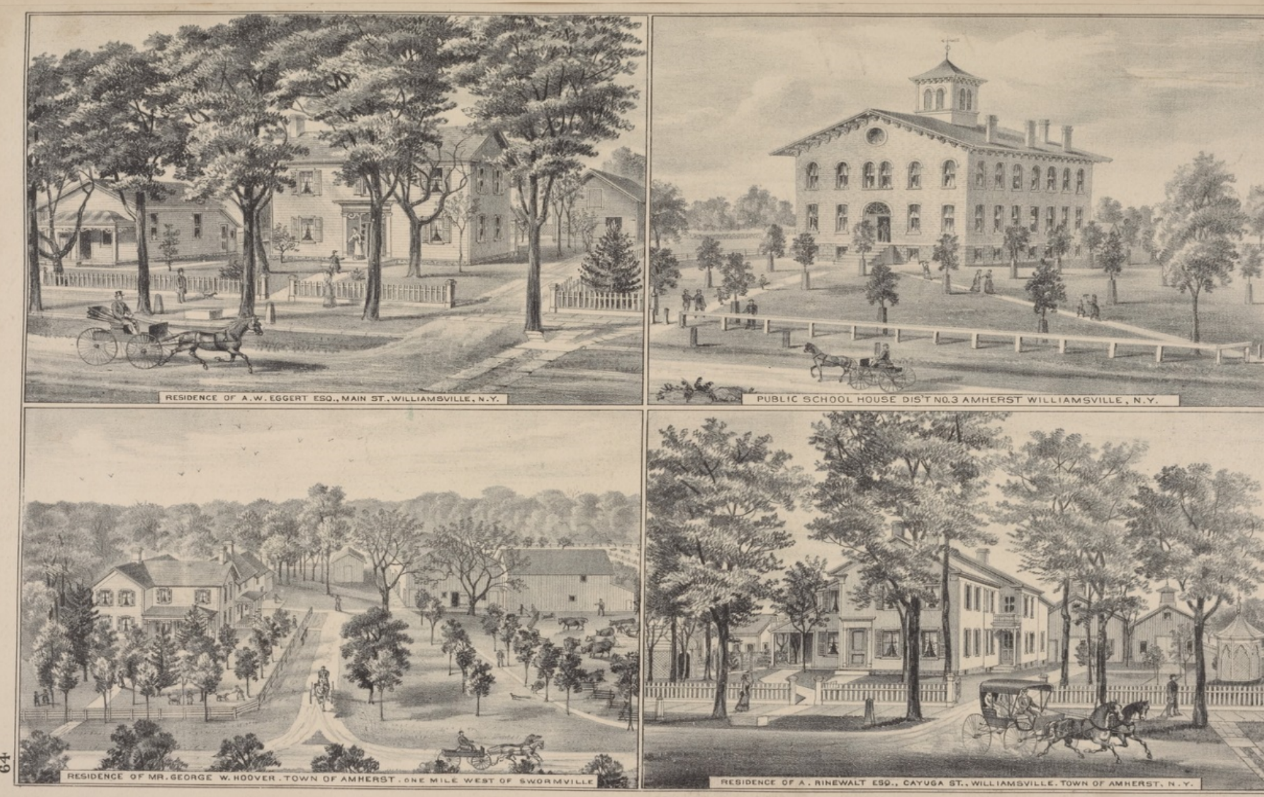 The Hoover House was constructed in 1856 with an addition added in 1875. It depicts Vernacular Italianate Architecture with bonneted windows, bracketing and porch details. The Hoover House was built using the balloon framing construction technique. Balloon-frame, which was built from the early 19th century until World War II, poses unique firefighting problems because it lacks horizontal fire stops between the studs inside of the exterior walls. Most balloon-frame homes are two or three stories tall. This allows for unimpeded fire spread from the basement to the attic in a matter of minutes via the interior stud channels of the exterior walls.

George and Jane had five children.

George and Ellen had two children.

1884 – in The History of Erie County, George was listed as a “farmer and agent for agricultural implements.”

The porch gave access to two entrances, one to Mr. Hoover's office and one to the residence’s parlor.

Mr. Hoover's office is the first room that one enters upon visiting the Hoover House. Inside there is a roll-top desk, spittoon, hall rack, book shelf, parlor stove, Victorian era paintings, and a bird prepared by a taxidermist. You will also notice that both the walls and the ceiling are wallpapered.

One then moves from the office through a small bedroom, which was most likely the grandparents' room or a sick room, through the nursery and into the dining room.

The wallpaper in the dining room is an exact copy of wallpaper that was found during restoration of the Hoover House. There is a late Classical Empire Sideboard along the wall and a kerosene chandelier over the table which was eventually converted to electricity. You will also find another large Parlor stove in the dining room.

The kitchen and pantry are both located off the dining room. The Hoovers have a much grander stove than the Elliotts, and are lucky enough to have a sink with a water pump. Rain water was collected (from gutters and downspouts) into a cistern in the basement to which the water pump was connected.

Off to the other side of the dining room was the parlor. Mr. Hoover's economic status allowed him to furnish this room with the finest furniture. Inside there is another parlor stove as well as a beautiful parlor organ. The Hoovers would spend their leisure time playing the organ or looking through their stereoscope.