Upon arriving at their new home the first thing that immigrants, such as the Schmitts, would do would be to build their barn. The barn was the focus of activity and had multiple purposes, making it the most important structure on the farmstead. The barn stored hay, feed, tools and equipment, as well as stabled the animals. Visitors to the Schmitt farmstead will learn about the development of agriculture in our area from the 19th century to the early 20th century.

Hay bales in the hay barn

Hay trolley in the hay loft 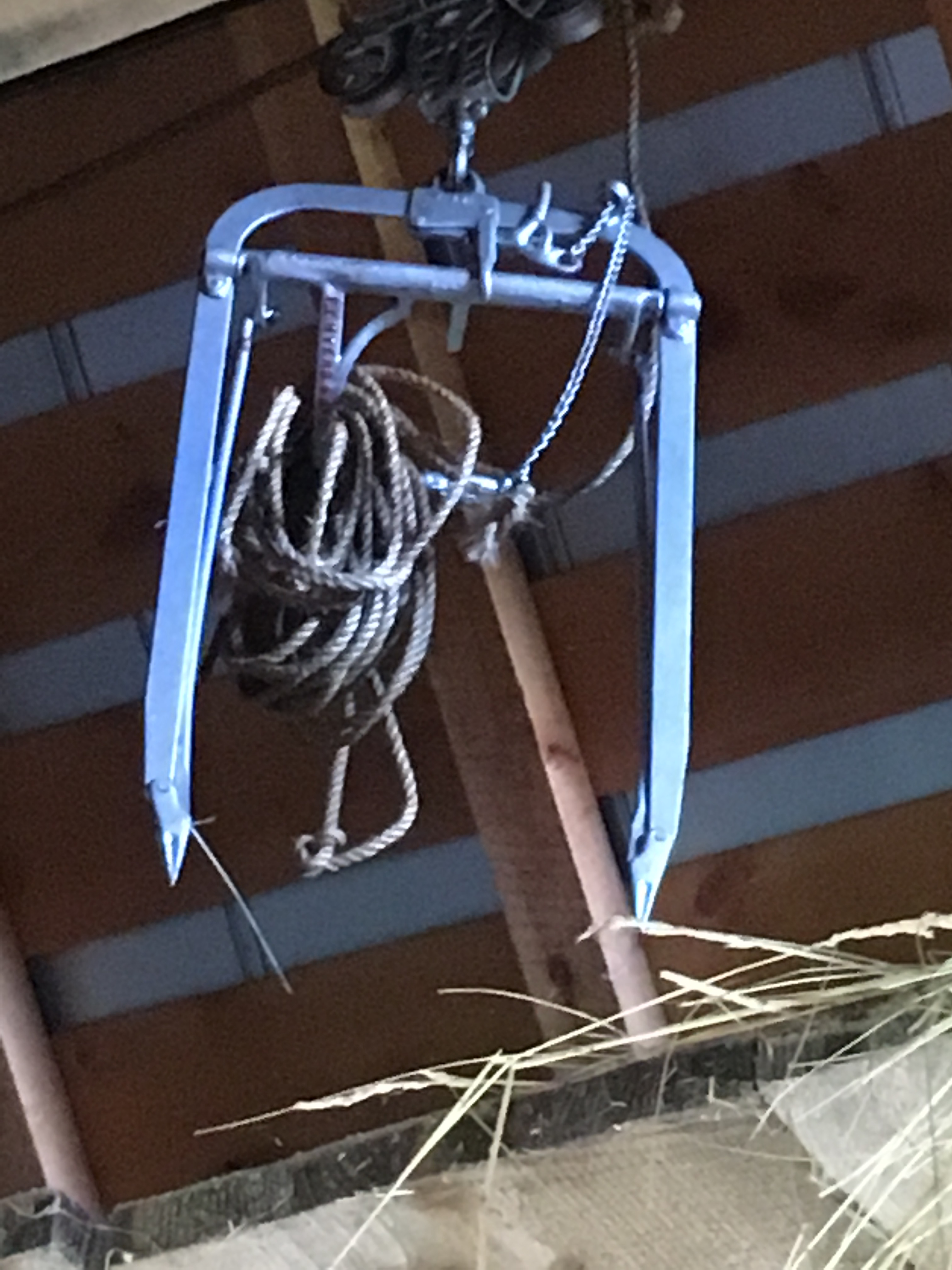 Joe and Bailey in ram pasture 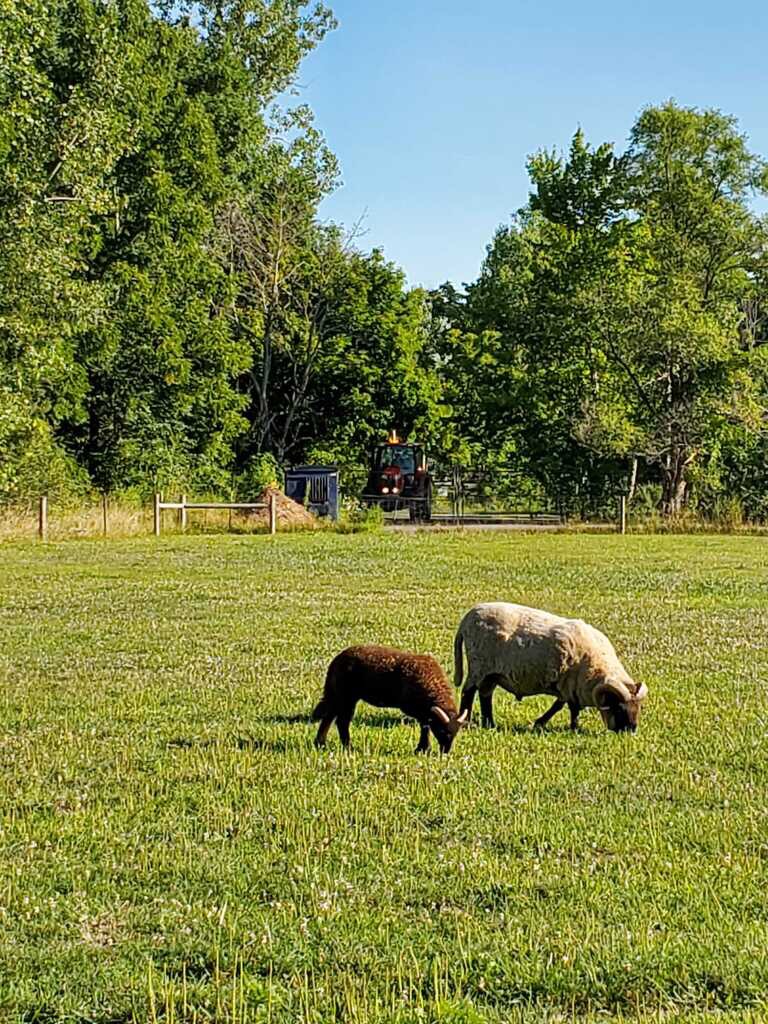 Ewes in the ewe pasture 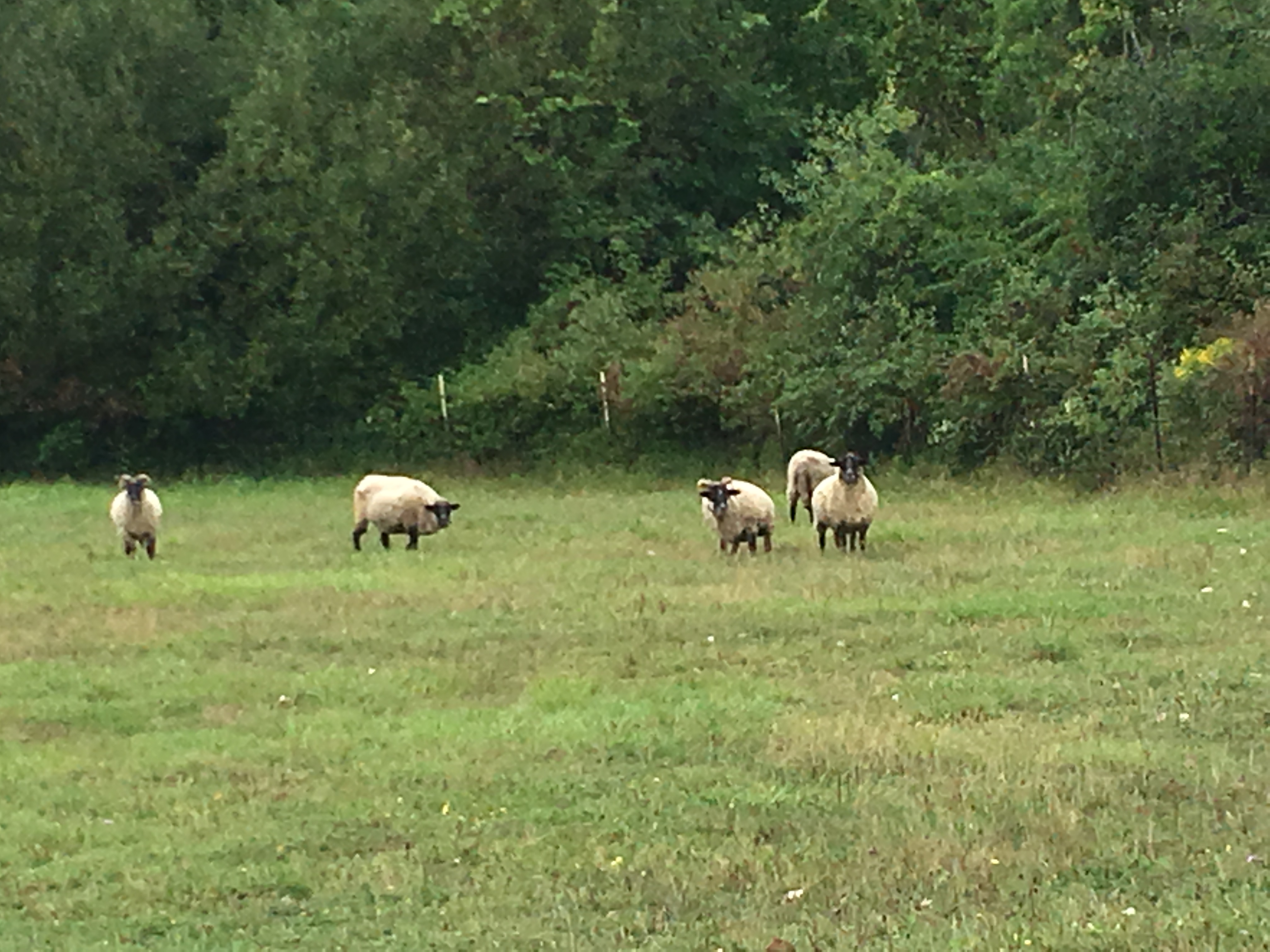 At the beginning of the 19th century, America was an almost entirely agrarian society and would remain so for several years to come. Immigrant farmers in the American northeast followed the centuries old patterns set by their European ancestors. Early farmers were primarily subsistence farmers, meaning that they would raise animals, and crops, chiefly to fill the needs of their household or the households of close friends and/or neighbors. German immigrant farmers, such as the Schmitts, would typically raise horses or oxen for labor, sheep in order to supply the family with clothing, swine and cattle for meat, goats for milk and cheese, chickens for eggs and meat, and bees for honey and beeswax. Something that set them apart from other European immigrant farmers was the fact that they sheltered their animals in the winter. A traveler at the time remarked "while the English and Swedes had no stables, the Germans and Dutch had 'preserved the custom of their country, and generally kept their cattle in barns during the winter." Here on the Schmitt Farmstead, we have both a ram barn and a ewe barn to shelter our livestock during the winter months, following the German tradition.

Another earmark of the German farmer was the cultivation of large vegetable gardens. Some of the most popular crops include: potatoes, turnips, cabbage, peas, beans, cucumbers, beets, onions, lettuce, carrots, and apples. Apples were especially important since they were primarily used to make cider, the main beverage of the time. Every farm possessed an apple mill and cider press.

The Schmitt Farmstead consists of the following outbuildings:

The sheep living on the Schmitt Farmstead are Hog Island sheep, which is a heritage breed in critical need of conservation. There are fewer than 200 in the United States. Hog Island sheep are primarily bred for their wool. The wool is of medium weight with fleece yields ranging from two to eight pounds.

Our chickens are primarily Barred Rock chickens (we currently have 1 Ameraucana chicken). They are also a heritage breed originating from the Massachusetts area in about 1865. Barred rock chickens are bred for both their egg laying ability as well as for their meat. They are beautiful chickens with black and rock-grey colored stripes on their feathers and a single red comb on their head.