The Cook Park Library of the Cook Memorial Public Library District is tucked away behind the Ansel B. Cook Home and Museum at the west edge of Cook Park. The library building was constructed in 1968 by A. W. Heinsom & Co. and design by architects Cone and Dornbusch. The original library building was 14,000 square feet of usable space on one level, with basement space for meetings and future expansion. Today, after renovations and additions, the library is 46,120 square feet. The library had several homes before this building, including a drug store, the village hall, and a Victorian home, but it has always been at the heart of the village. 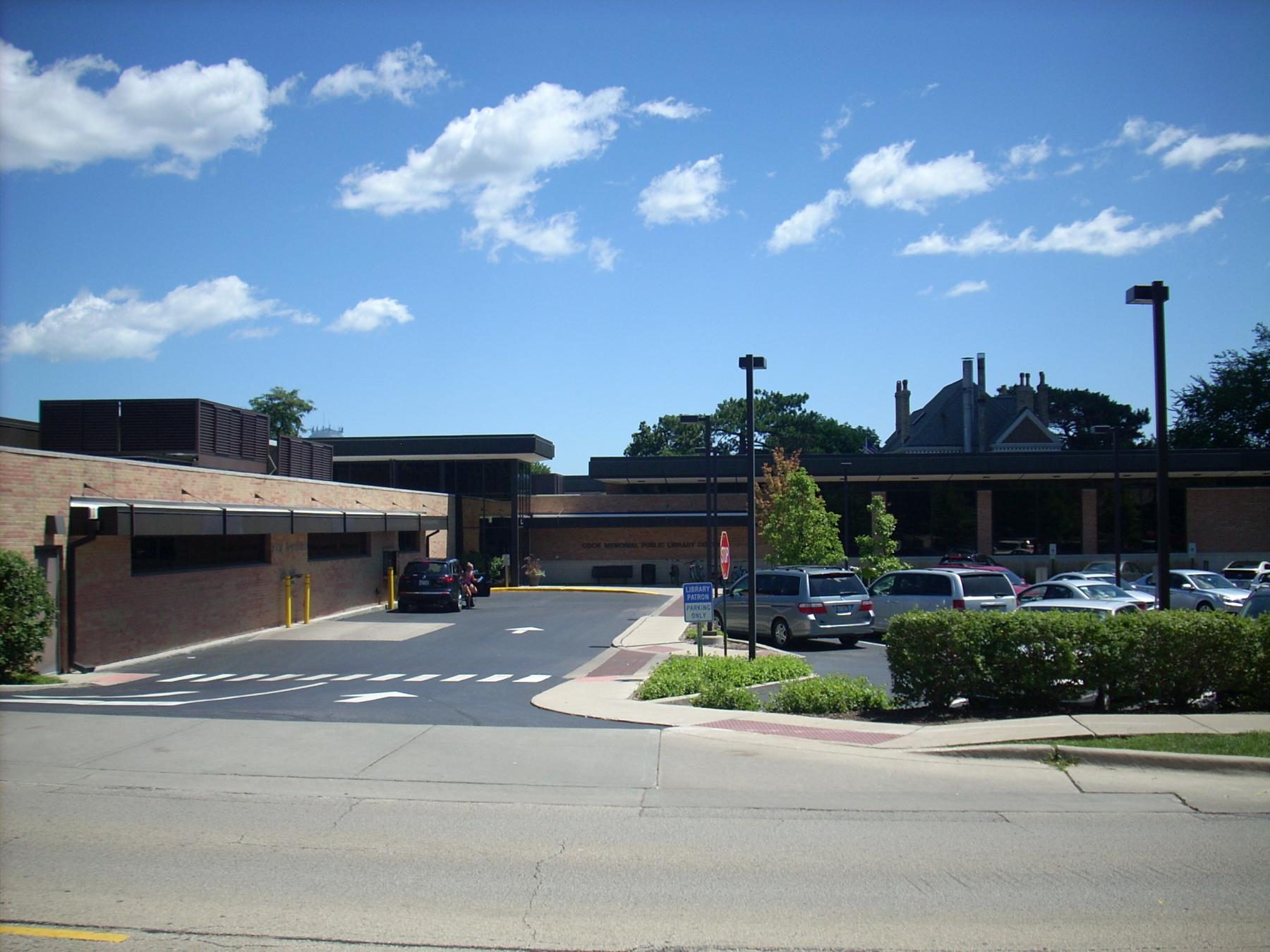 Alpha Club Library at the Decker & Bond Drug Store, circa 1910 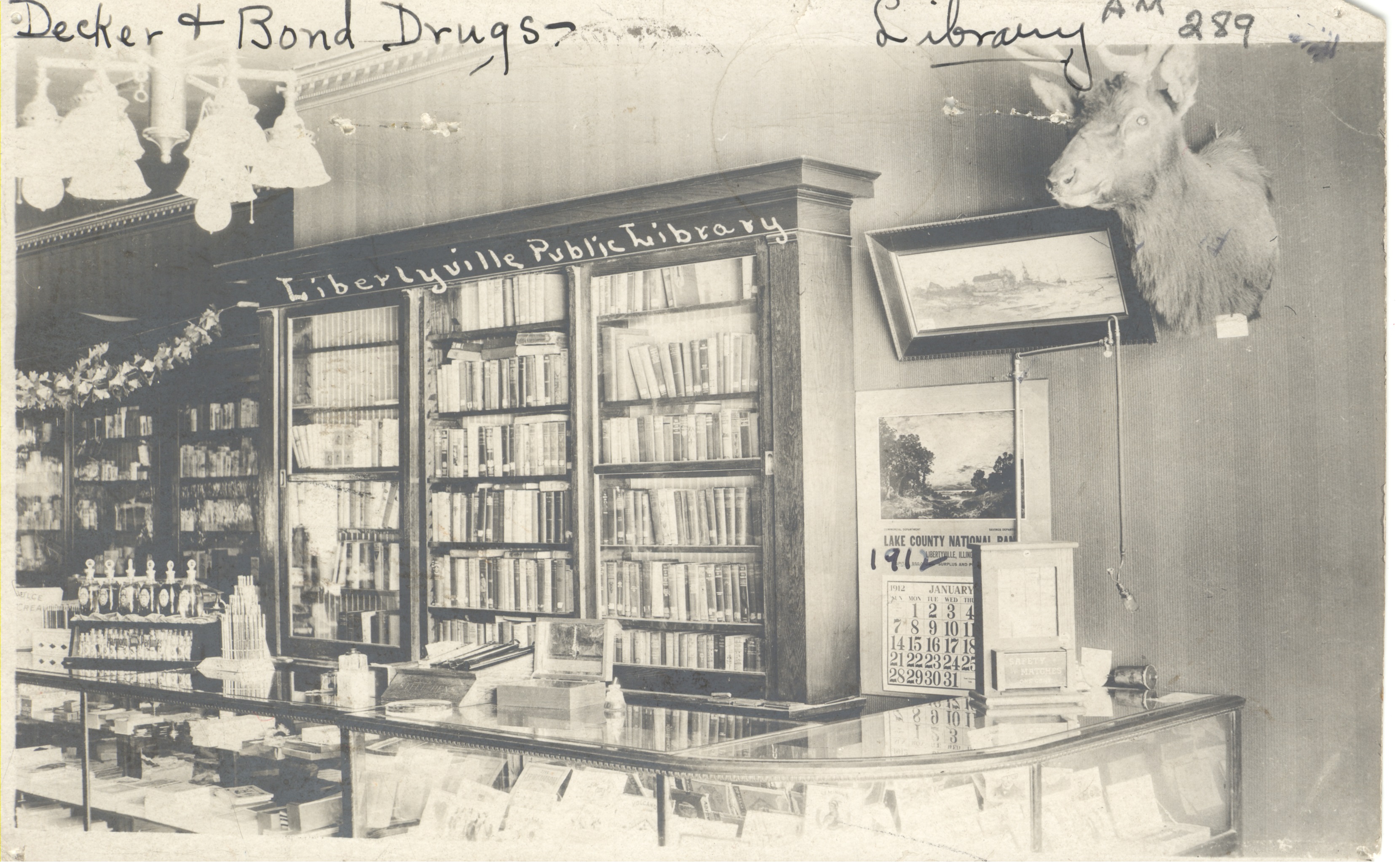 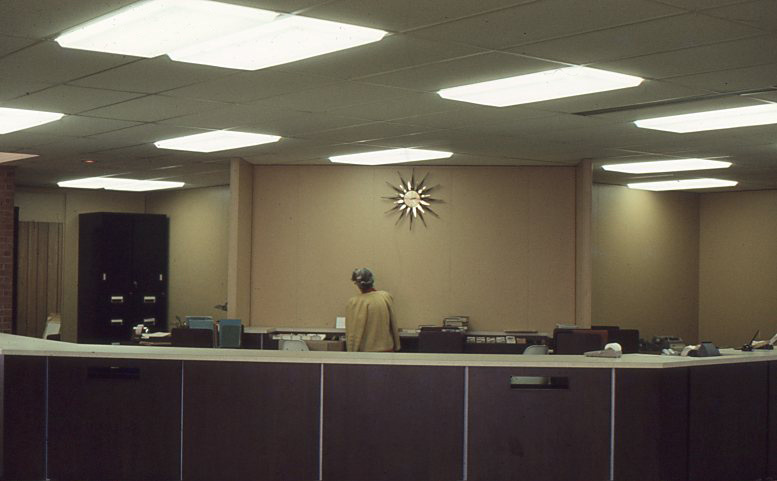 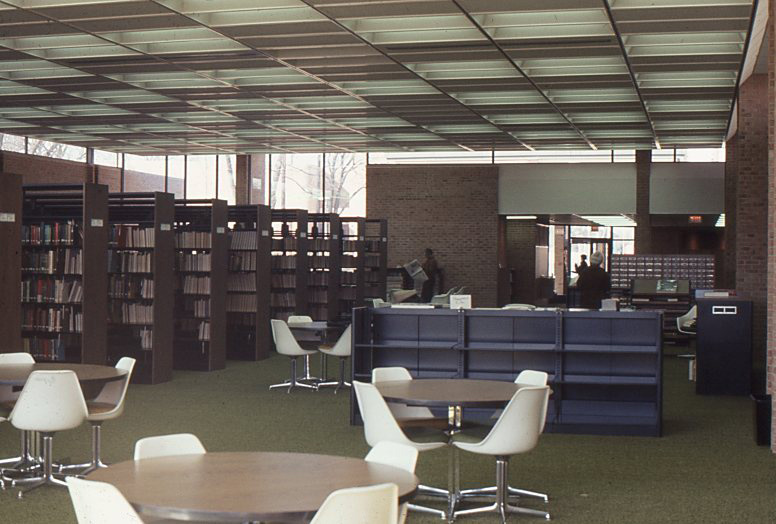 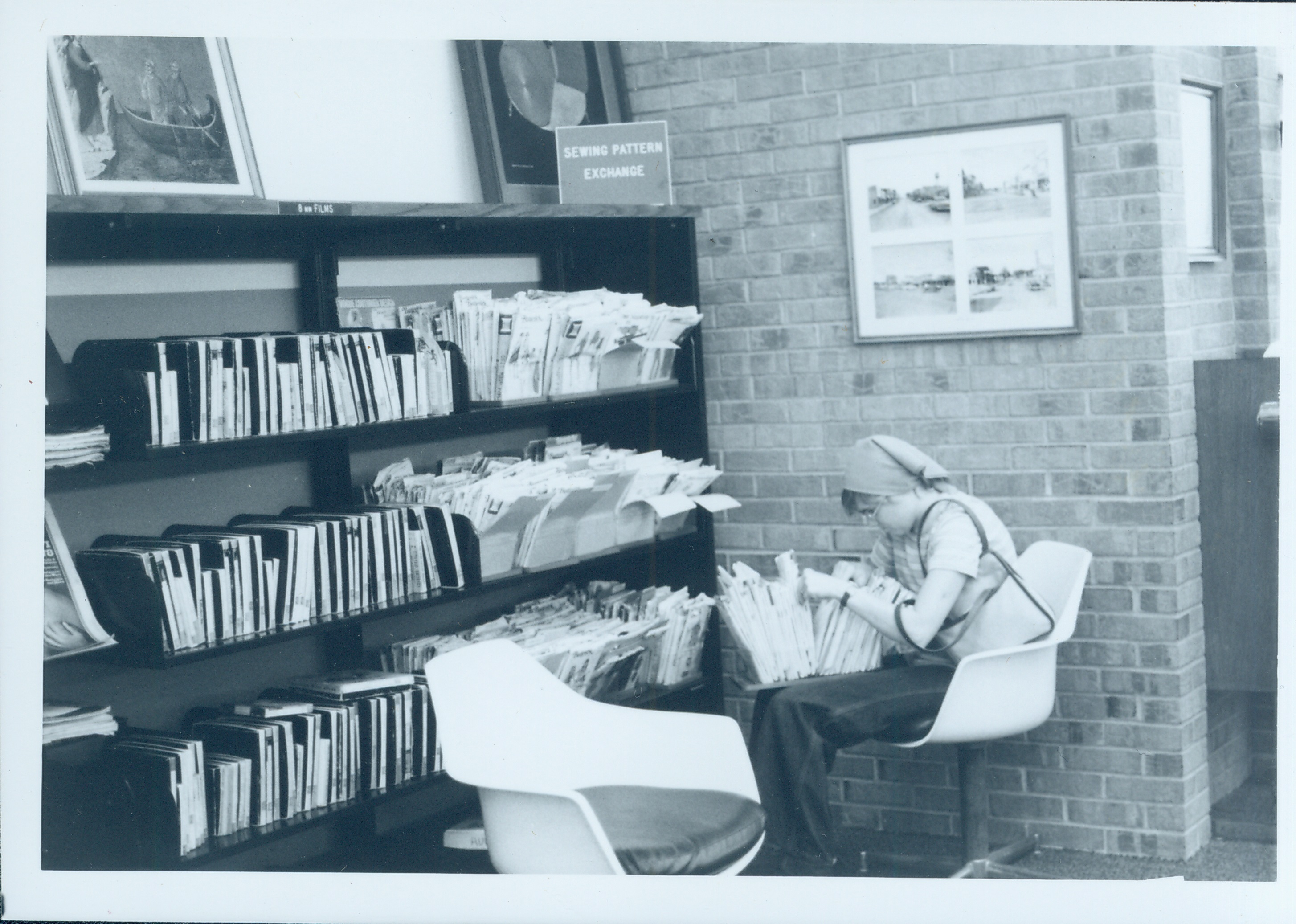 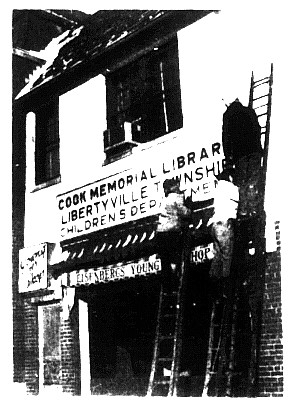 The story of the library and its buildings is one of an ever growing collection and need for larger space. Library service began in 1909 when the Alpha Club (today’s Libertyville Woman’s Club) pooled their resources to open a subscription library. The club opened their collection to the public in 1910 on a few shelves of the Decker & Bond Drug Store. By 1914 the book collection had outgrown its drug store shelves and found a home in the village hall on Cook Street. In 1919 Emily Barrows Cook, widow of Ansel B.Cook, died and in her will she left her home at 413 N. Milwaukee Avenue to the village of Libertyville for the purpose of becoming a library, and the grounds as a park. This was in accordance with the wishes of her deceased husband Ansel Brainerd Cook. After fundraising and some architectural changes to the Victorian house, the Cook Memorial Library opened in 1921.

In 1923 the library became tax supported and the following year it was reorganized as a township library. Throughout the following decades the library continued to serve its ever growing population. In 1964 children’s services were moved across the street to a storefront in the Public Service building next to the Libertyville Federal Savings and Loan. The lack of space was finally addressed in 1967 when work began on the modern building we see today. The new Cook Memorial Public Library hosted its grand opening on November 10, 1968.

In 1973 the township library board was dissolved and the Cook Memorial Public Library District was formed, encompassing Libertyville, Vernon Hills, Green Oaks, Mettawa, Indian Creek and parts of Mundelein. The population and the library collection continued to grow, as did the need for more library space. In 1984 the library was remodeled, providing space in the basement for the children’s department, administration offices, and the technical services department.

Growth continued and the library space become more crowded. In the 1990s the library district failed to pass several referenda to relocate and build a larger library. Finding a way to finance without raising taxes, in 2009 the library broke ground for a new library building in Vernon Hills and planned for an addition and renovation to the building in Libertyville. During construction the library operated in Libertyville out of the Temporary Library Center storefront library at 114 N. Milwaukee Avenue. The present building reopened for library service on January 8, 2011.

"The shelving for the new public library was installed in Decker and Bond's store this week." Lake County Independent December 9th 1910. .5.