The building at 614-618 N. Milwaukee has been a part of Libertyville’s fabric for over 100 years. Built in 1912 by Josiah Butler, son of early settler Horace Butler, the brick structure has held many types of businesses over the years. The one which has been identified with it the longest by far, is a barbershop. Locals have been visiting the 614 N. Milwaukee Ave. location for a trim and to hear the latest news for around 100 years. 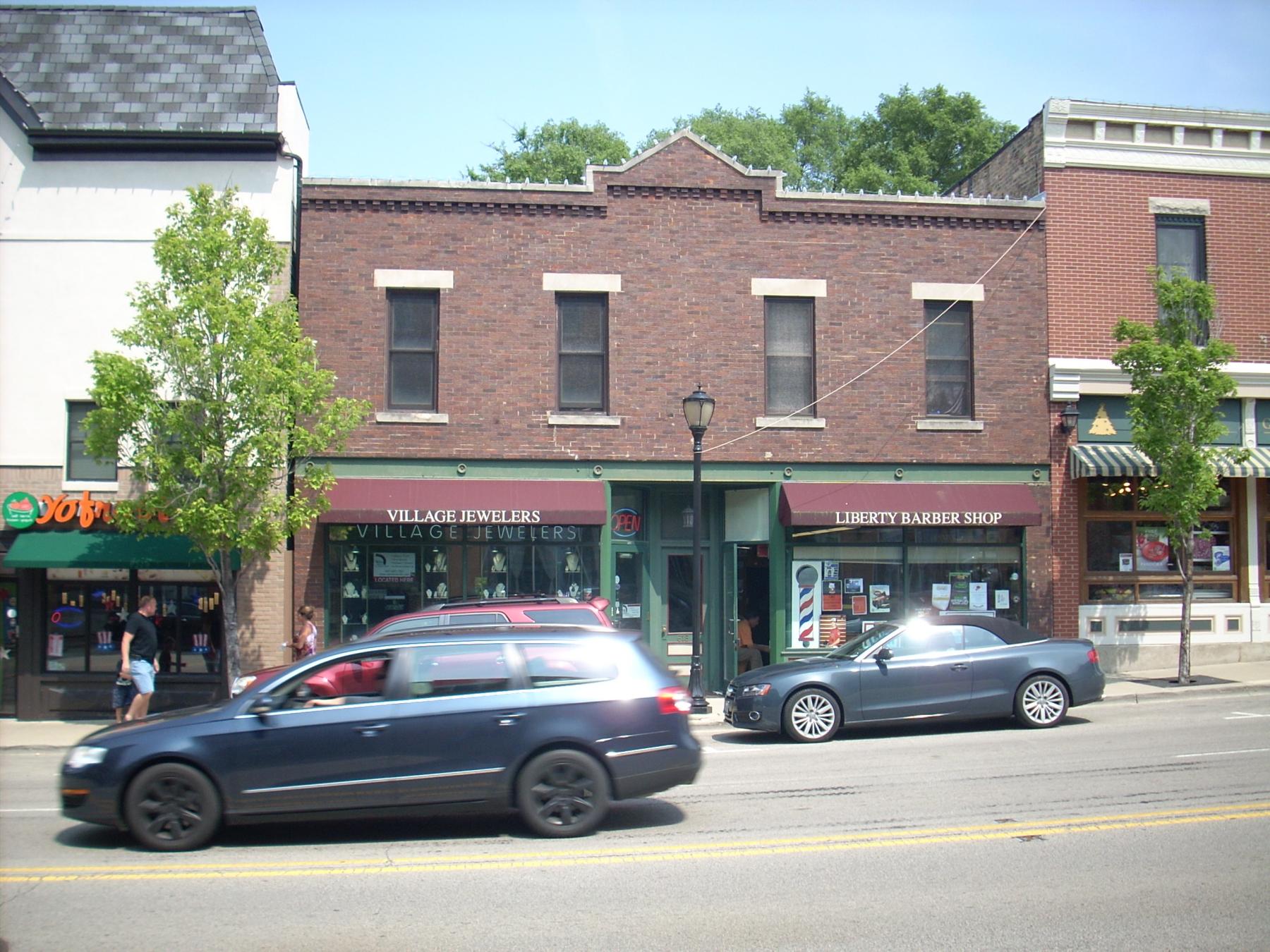 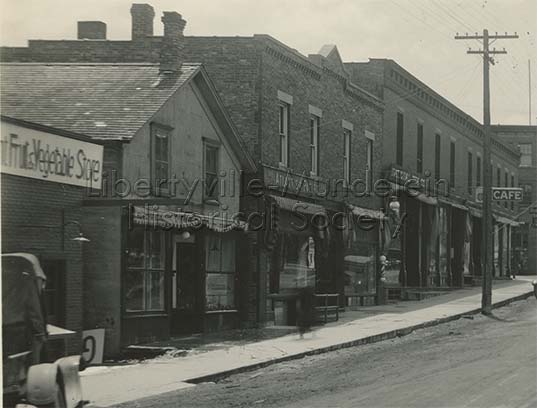 Milwaukee Avenue, looking south from Lake Street, Butler Building on the left, circa 1940 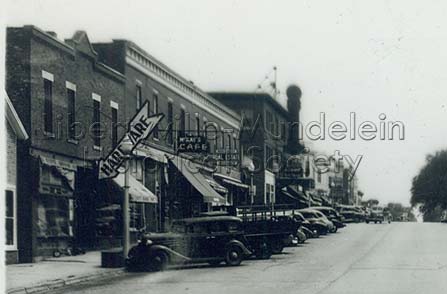 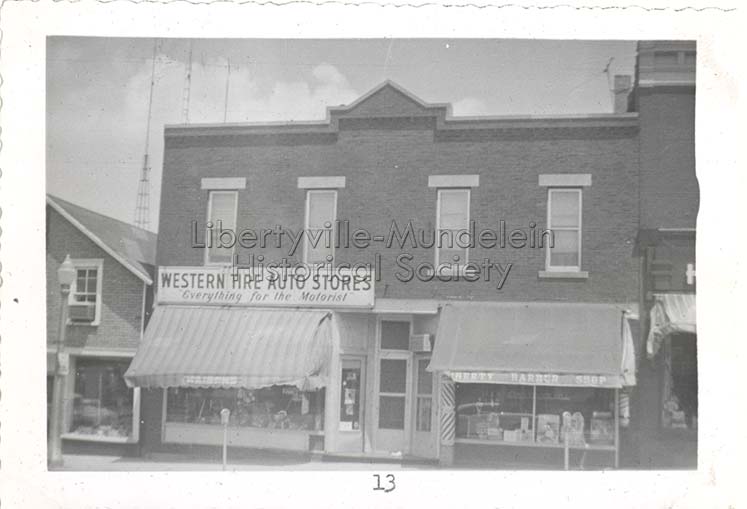 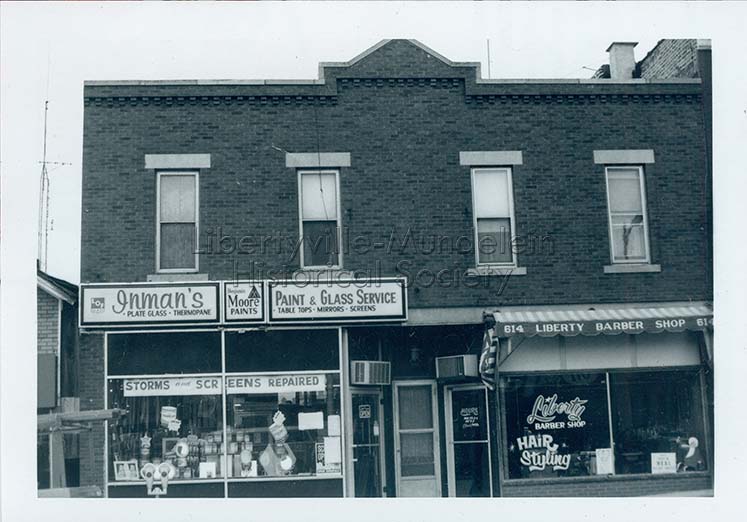 By the time the building at 614-618 N. Milwaukee Avenue was built in 1912 by Josiah Butler, the initial wooden structures in downtown Libertyville were being replaced by brick ones. A Libertyville native, Butler, was the son of Horace Butler, one of the town’s earliest settlers, for whom Butler Lake was named. Like his father, he was also a farmer and owned extensive acreage within the village limits. Also known to be an accomplished carpenter, businessman and civic minded resident, he held numerous positions within the village: town treasurer, Justice of the Peace, and magistrate and served as the town’s mayor from 1885-1886.

The structure is the second of two buildings constructed by Butler in town. (The other is at 514 N. Milwaukee Avenue.) Housing two businesses on the first floor with living space upstairs, the building lies on the eastern side of Milwaukee Avenue. The brick facade of the original structure, stone-capped parapet with center triangular pediment and the corbeled brick cornice below the parapet are all surviving historic features. Both of the storefronts and the center 2nd floor entry, although remodeled in 1960’s, remain in their original configuration.

The storefronts have held numerous business over the years. The shop at 618 has held a wide variety, all ready to serve the citizens of Libertyville: The Atlantic & Pacific Tea Co. (A&P), Oscar E. Carlson Painters, Clavey’s Hardware, Maiden's Hardware, Western Tire Auto Store, Liberty Smokeshop, Inman’s Paint and Glass and recently the Village Jewelers. The 614 N. Milwaukee Avenue storefront has had a much less varied list of businesses. A barbershop has been located in that location for around 100 years. The current occupant, the Liberty Barbershop is known locally for its eclectic décor, throwing back to a much earlier time that perhaps, even Josiah Butler would recognize.