Also known as Wild Horse Arroyo, Folsom Site is one of the most important archaeological sites in North America. It dates back to the Paleo-Indian era, which was from 9,000 B.C. to 8,000 B.C. Folsom site was a marsh-side kill site where 23 bison had been killed using tools that became called Folsom points. The site itself is about eight miles west of the city. Given its significance, it was declared a National Historic Landmark in 1961. 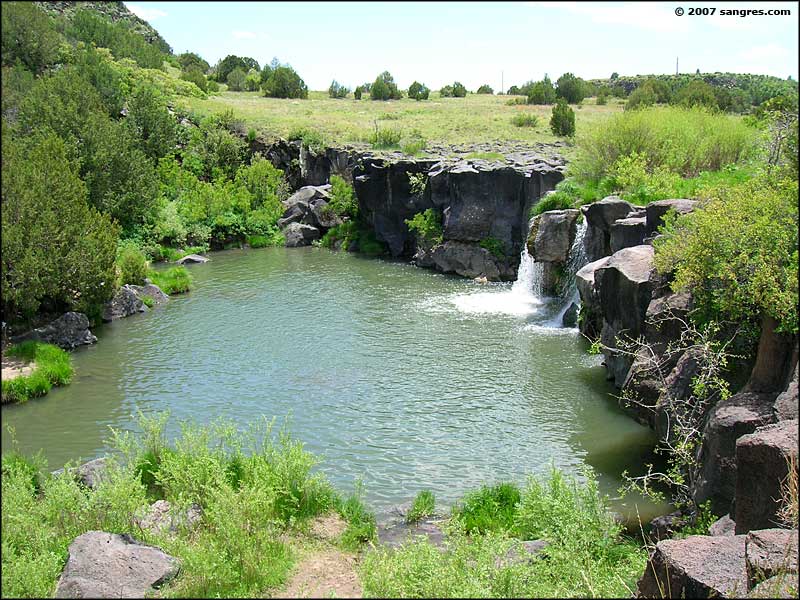 Folsom Site was found by an ex-slave cowboy and ranch foreman named Goerge McJunkin in 1908. He was riding across the Crowfoot Ranch after a rainstorm that devastated the town of Folsom. He noticed a number of large bones where the rain had cut into the bed of Wild Horse Arroyo. McJunkin had an interest in geology and archaeology to recognize the bones weren't modern bison and were too deeply buried to be recent. He couldn't get archaeologist to visit the site. In 1918, he dug bones and a fluted lance point out of the arroyo bank and sent them to the Denver Museum of Natural History. The museum sent a paleontologist to dig the site with McJunkin.

This find was controversial due to this being the first time that artifacts made by humans were found directly associated with faunal remains from an extinct form of bison. This find allowed archaeologists to revise their estimations for the time of arrival of Native Americans on the North American continent. Those opposed to the find dismissed the findings of stone tools with ancient animal remains as mixing due to erosion or burrowing animals or as careless excavation techniques.