Ambassador Theater Building was a seventeen- story office building incorporating a six- story theater. Ambassador Theatre was the first six story luxury movie palace downtown St. Louis, originally constructed with three thousand seats, and reported at the opening in 1926 to be the most costly theater built to that date. The building was designed by Chicago architects C. W. and George L. Rapp, in French Renaissance style. Anchoring the corner of Seventh and Locust Streets in the heart of the Central Business District, the building completed Seventh Street's prestigious corridor of office buildings which began development with the Wainwright Building two blocks south of the Ambassador. 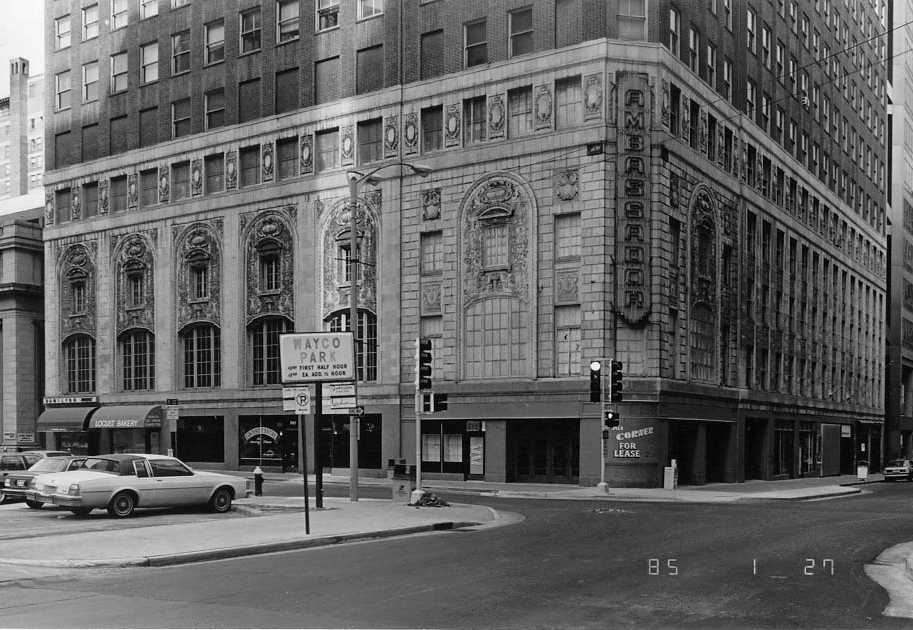 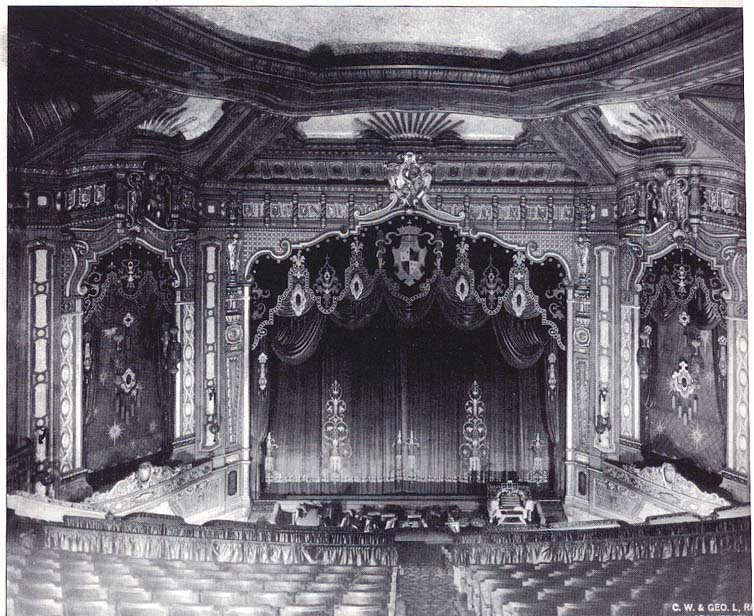 Richly modeled, Renaissance ornament in terra cotta on the lower stories and cornice. 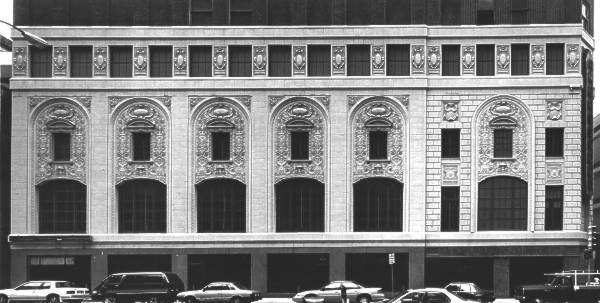 Monumental window opening to the lobby displaying Winkle terra cotta motifs, described as the "largest detail of its kind" built in St. Louis. 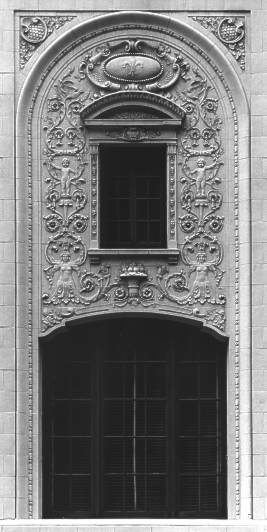 Located on the northwest corner of Locust and Seventh Streets in downtown St. Louis, the Ambassador Theater Building was a seventeen-story office building, incorporating a six-story theater. The building was designed by Chicago architects C. W. and George L. Rapp and was completed in 1926. Chicago theater architects Rapp & Rapp designed the building as a movie palace fantasy version of the French Renaissance.  It was the first six stories luxury movie palace downtown St. Louis, originally constructed with three thousand seats, and reported in 1926 to be the most costly theater built to that date.

In the mid-1930s, the theater, which had been running a mix of live entertainment and films, switched to movies full-time.The Ambassador closed in December 12, 1953 and Cinerama opened there on Feb. 10, 1954. In February 1953 the first 3D movie came to the Ambassador, a premiere of Bwana Devil. Articles in the St. Louis newspapers announced that both the Fox Theatre and Ambassador Theatre were likely to close.

The steel-framed building was roughly rectangular in footprint, measuring approximately 150 by 180 feet. Its primary exterior materials were buff-colored brick and cream terra cotta. The buff brick exterior featured a cornice and lower stories embellished with "modern Renaissance" designs in terra cotta. Monumental windows opening to the lobby displayed Winkle terra cotta motifs described as the "largest detail of its kind" built in St. Louis. It was also noted that one of the largest steel trusses in the world supported the roof of the theater auditorium and the eleven stories above. Commanding a prime corner site at Seventh and Locust Streets, the Ambassador Building was at the "geographic center of the downtown”. Imported marbles in the office building lobby would lend an "aristocratic atmosphere" while generous five-foot windows in each office were designed to provide plentiful light and air.

In 1970’s as the population spread out toward the suburbs, downtown movie palaces like the Ambassador fell on hard times. The Ambassador Theatre under the direction of the Arthur Theatres made many attempts through the 1970’s to make it as a movie theater and live concert venue but they all failed. The seventeen stories of offices above remained viable for many years afterwards. However, efforts to find an operator for the theater failed; after ten years of trying to renovate the building, its owner ultimately stripped it of its elaborate interior decor, which was then auctioned off. At this times it was considered to be one of the three surviving movie palaces from the "Golden Age", and the only luxury theater in the Central Business District.

Several years later, Mercantile Bank grant a demolition permit from the city of St. Louis. Demolition began in March of 1996. After demolition was completed in 1997, a "plaza" involving paving stones and garden areas was installed on the site; some decorative terra cotta panels from the Ambassador's interior were attached to a neighboring building.