Wendell O. Scott was born in Danville, Virginia on August 9, 1921, and lived at this location until his death in 1990. Scott was the first African American to break the color barrier in the stock car racing sport of NASCAR. Scott won hundreds of local and regional races, and on December 1, 1963, Scott won his first major NASCAR race in Jacksonville. Officials denied Scott the opportunity to celebrate his victory, claiming that a scoring error led them to believe that another driver should have won until the following day. Scott believed that the "error" was simply a way of preventing a black driver from entering Victory Circle. "Everybody in the place knew I had won the race," he said years later, "but the promoters and NASCAR officials didn't want me out there kissing any beauty queens or accepting any awards." His win marked the first race won by an African American. Scott was inducted into the NASCAR Hall of Fame with the 2015 class.. 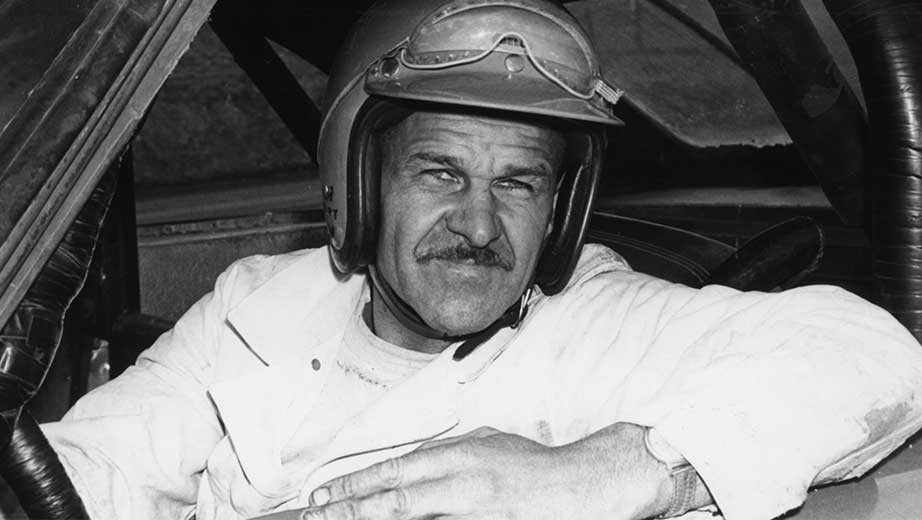 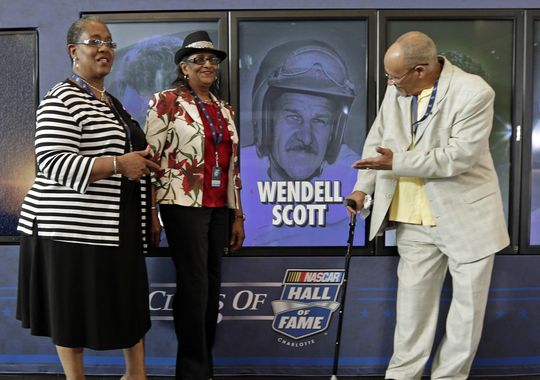 This marker honors the late NASCAR driver Wendell Scott Sr. It was unveiled in April 2013 and is located next to Scott’s former home in Danville. 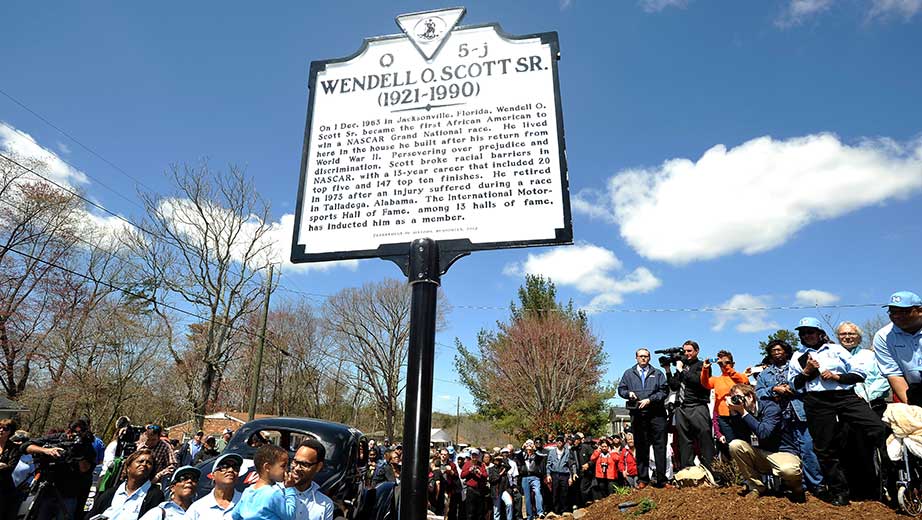 Scott’s work history leads him in fierce determination to his eventually breakthrough into the professional stock car racing scene.  He served three years in the Army, where he learned the mechanical skills needed to be a contender, a taxi driver, and hauled illegal alcohol.  After winning over one 100 races in lower divisions, Scott was finally able to purchase a spot in what would later be named the Winston Cup Series in 1961.

After two years of racing on the Grand National level, Scott managed to snag the only win of his career, the Jacksonville 200 in Florida on December 1st, 1963.  He would spend the rest of his career with nearly 500 starts, only stopping when suffering grave injuries at Talladega, Alabama in 1973.  Scott participated in few races after that.  Despite meeting heavy, often life-threatening racism, Wendell Scott followed his ambition and managed to not only race at the national level, but finishing in the top 10 of more than 25% of the races he participated in