The Donley Building was built in 1895 in the Richardson Romanesque Revival style. It was initially intended as a building for the post office but has hosted a variety of establishments such as a theater, bank, restaurant, and Elmer F. Jacobs’ office. The structure acquired its name when purchased by Edward G. Donley and John L. Hatfield in 1950. Currently, the nonprofit Arts Monongahela is housed in the Donley Building. 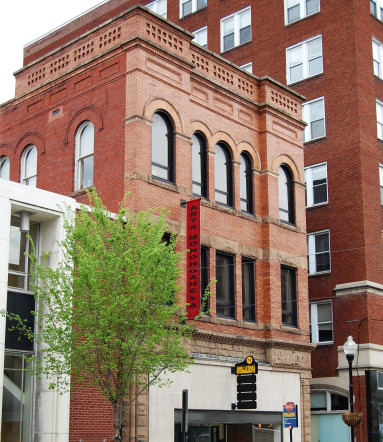 Edward G. Donley, namesake of the building. Donley purchased the structure in 1950. 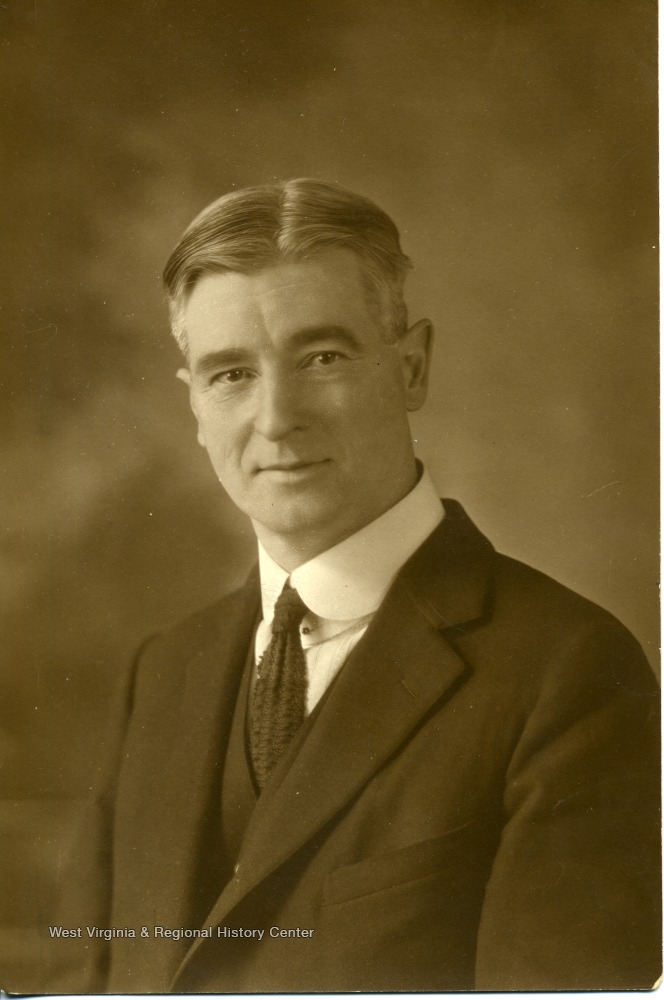 Elmer F. Jacobs was born on June 11, 1866 in Preston County, WV. His family moved to Morgantown, where Jacobs attended West Virginia University. Jacobs then moved to Pittsburgh, where he attended the Carnegie Institute of Technology before working with J. I. Beatty. After designing fireproof factories for several years, the young architect returned to Morgantown, where he married Ella Woods in 1895. In the same year, Jacobs designed the Donley Building and established an office for himself on the third floor. His practice coincided perfectly with Morgantown's rapid growth at the end of the nineteenth century and into the twentieth. Over the next several decades, Jacobs designed a vast majority of downtown Morgantown's architecturally significant structures. The architect worked in a variety of revival styles including Romanesque, Gothic, and Queen Anne. Jacobs died on October 9, 1945 in Morgantown.

Jacobs designed the Donley Building using the Richardson Romanesque Revival style. The style is a conglomeration of Roman and Gothic architectural elements such as sturdy stone or brick construction, deep-set portals, and rounded arches. All these features can be seen in the Donley Building. The primary construction materials are rich red bricks. Bays of arched windows are recessed into the building’s faces, providing texture and relief. The entrance of the building was once an arched doorway, set back from the street and topped with a stained-glass transom. The flat roof is hidden by a slightly projecting cornice decorated with square brick patterning. The façade of the building conveys an impression of symmetry and stability.

In addition to Jacobs' office, the Donley Building was initially built to house Morgantown’s post office. The post office did not remain in the Donley Building for long, and a revolving door of businesses cycled in and out of the space in the first half of the twentieth century. Some examples of businesses include a theater, bank, and restaurant. In 1950, the building acquired its moniker after being purchased by Edward G. Donley and John L. Hatfield. It is not surprising that the Donley name stuck to the building, as Donley was a prominent Morgantown resident. Donley attended West Virginia University, where he played football for the Mountaineers, before becoming an attorney and businessman. The former football player also served as Morgantown mayor three times. Arts Monongahela, a nonprofit arts organization, currently resides in the Donley Building.