Richard Morgan acquired a land grant of 500 acres in 1734 and built this stone house the same year. It is considered one of the oldest houses in the state and it was the beginning of the Morgan family's dominance over the area. Several nearby homes were built by his children and grandchildren, now an area known as Morgan's Grove. The Old Stone House was included with Falling Spring on the National Register of Historic Places in 1989 and the entire Morgan's Grove was designated a Historic District in 1999. 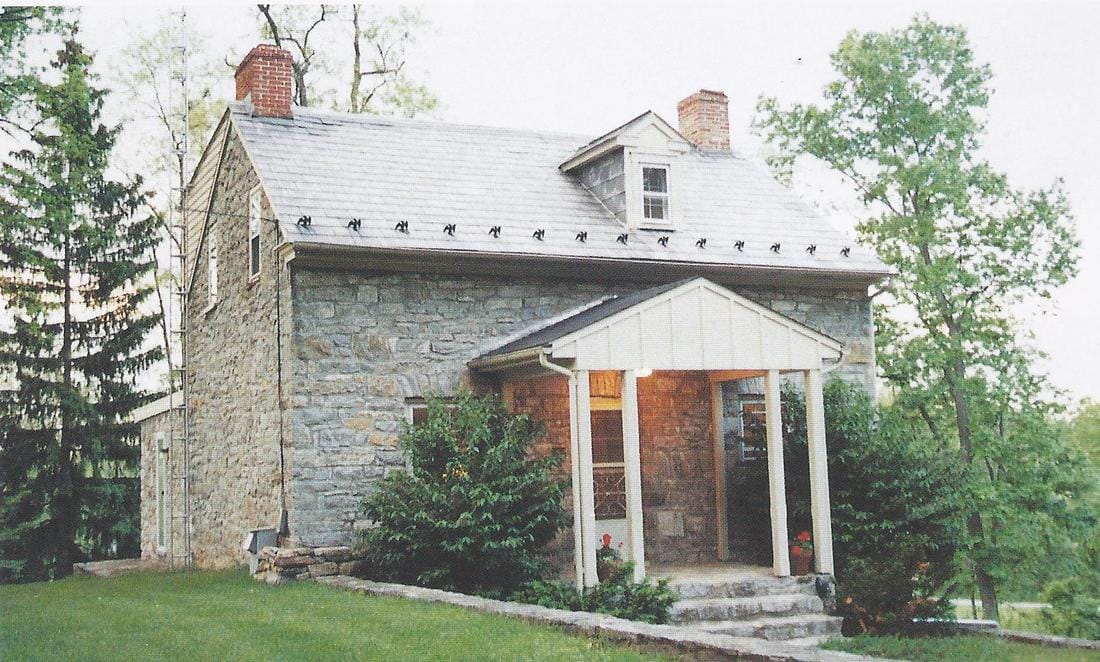 The Old Stone House is considered one of the oldest houses in the state of West Virginia. Richard Morgan, believed to be one of the earliest settlers in the county, received two grants for a total of 500 acres on October 7, 1734. He built the Old Stone House, a 1.5-story structure built from rubble fieldstone with dormers and end chimneys, that same year. Morgan sold a parcel of land to Thomas Shepherd, who eventually established Shepherdstown, but also continued to acquire land. By 1768 Richard Morgan and his sons owned more than four thousand acres.

Morgan called the property Falling Springs after the many springs on and around the estate. The original house was constructed near one of these springs and just off a pre-Revolutionary wagon path. In 1745, Morgan built a second one-story house; this would become the first section of Poplar Grove/Rosebrake. Richard Morgan served as a captain during the French and Indian War recruiting troops, defending the area from Native raids, and marching with a company to Fort Cumberland to support General Braddock.

Richard Morgan died in 1763 and willed about 2,500 acres to members of his family in his will.