The Chesapeake and Ohio Engine House in Thurmond, West Virginia was built in 1905, two years after Thurmond was officially incorporated by its founder W.D. Thurmond. The engine house was built to service train engines that arrived at the Thurmond Station carrying coal or passengers. The original building measured one hundred fifty feet by sixty-six feet, making the square footage of the building 9900 square feet. This was enough space for two trains to be simultaneously serviced. A 1921 addition to the structure expanded the length to two hundred forty-five feet. This enlargement made it possible for four trains to be serviced at once. Sixty to one hundred engines were serviced daily by fifty to seventy workers. The building was mostly made of wood. The Chesapeake and Ohio Engine House was a major employer in Thurmond and had boilermakers, machinists and various other mechanical professionals on its payroll. The C&O Engine House remained in operation, serving and maintaining engines for the next fifty years after its construction. Then, from 1963 to 1985, the building served as a local repair shop until it was abandoned. In 1993 a fire devastated the building. The remains were not worth saving and even the tracks leading into the building were removed. There is no longer any evidence of the pivotal Thurmond structure.

Aerial view of the engine house. 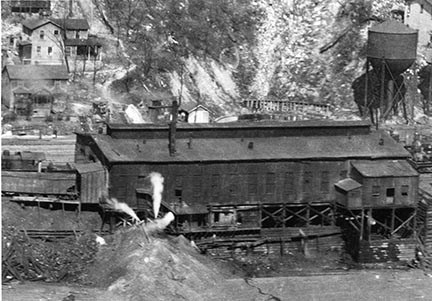 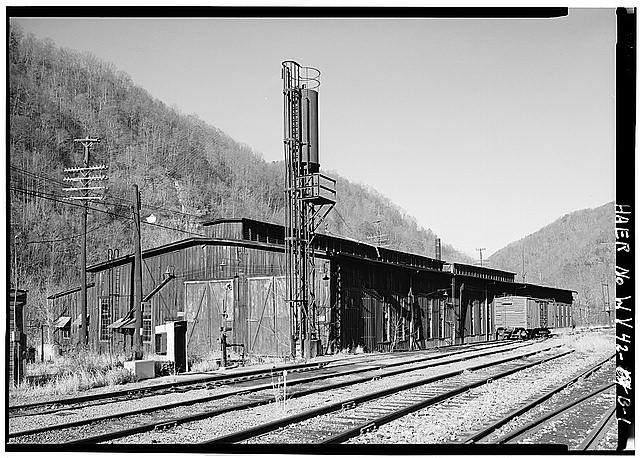 Architectural drawings of the engine house. 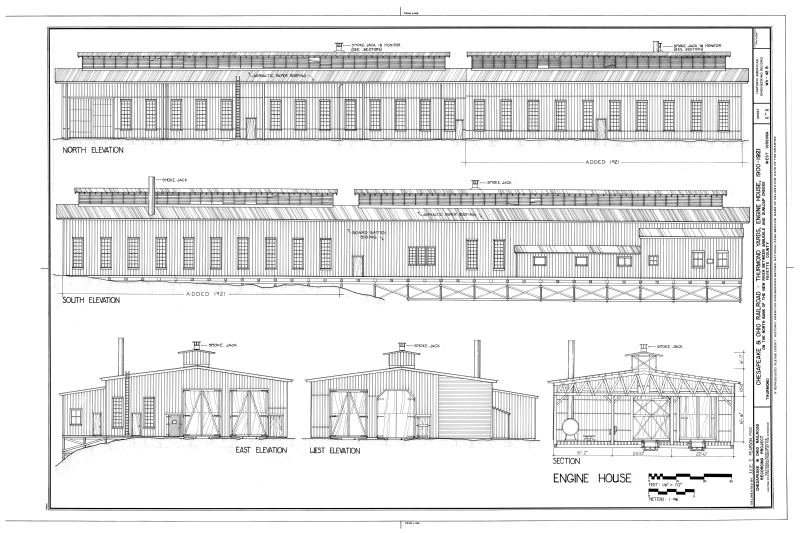 Interior of the building.