This monument is dedicated to the 1904 Fort Shaw Indian Girls' Basketball team. After being taken away from their homes and places into a boarding school designed to sever their ties to their native culture and integrate them into white society, these girls overcame numerous obstacles and began to thrive. With their inherent talent for sports, it was not long before they made a name for themselves in the world of basketball. After a few years of hard work and dedication, they were declared "Champions of the World" after defeating all of their opponents in their exhibition matches at the St. Louis World Fair.

The monument is located next to the elementary school 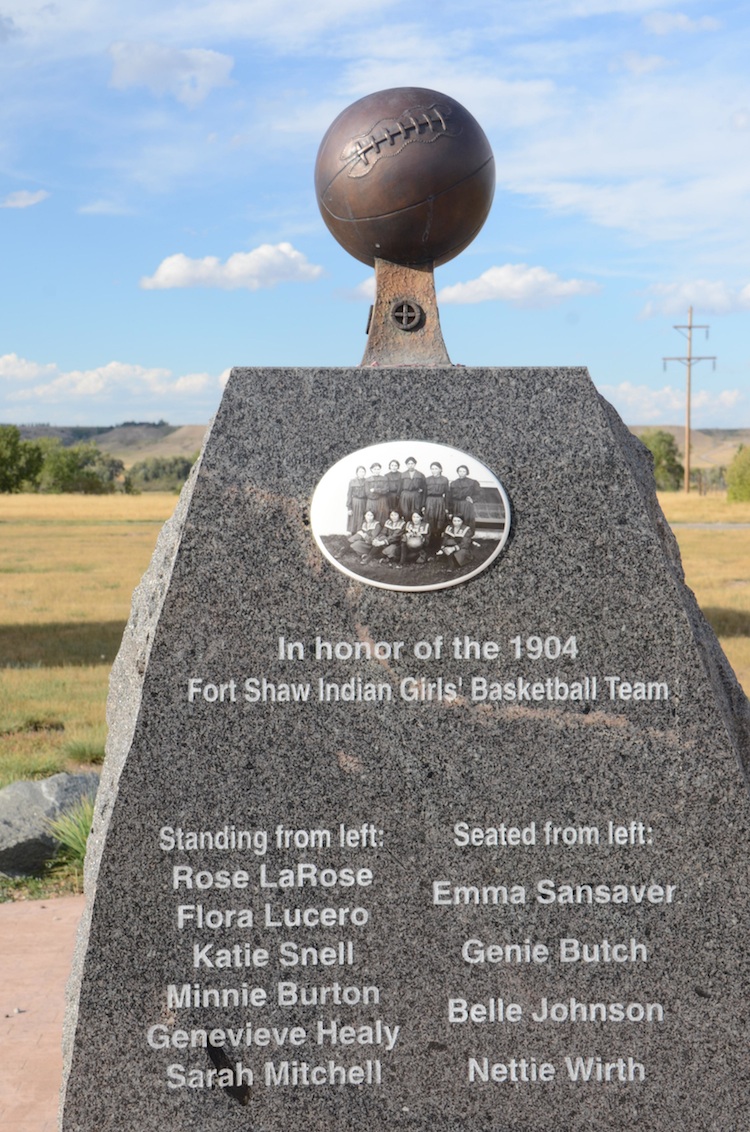 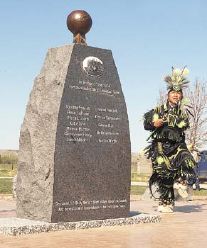 In 1892 the Fort Shaw Indian Boarding School was opened. The children that attended this school were meant to sever the ties that they held with their native culture and integrate into white culture. Many of the children had harsh and tragic upbringings. Some were orphaned and some were torn away from their families.
Four years after the school opened the students were introduced to basketball. It was quickly realized that the students had a lot of talent for the game and so a team was formed. Unfortunately, due to a lack of funding, they could not play competitively against other schools. It wasn't until 1902 that the Girls' team was able to showcase their talents.
They quickly gained a huge fan base among other Indians and Whites alike. The cultural gap began to close and after a few years, they were chosen to participate in the St. Louis World Fair. The competition was tough but the girls ultimately won all of their exhibition matches. This earned them the title of "Champions of the World".