This memorial includes a propeller and propeller staff of a destroyer in honor of the victims of the Honda Point Disaster. On the night of September 8, 1923, seven ships ran aground at Honda Point; 23 were killed and numerous others were injured. The land where this disaster occurred, also known as Point Pedernales, now belongs to Vandenburg Air Force Base. A memorial with one ship's bells stands at the site of the wreck. This building also contains a mural commemorating the men who were lost in the disaster by Fulton Leroy Washington, an inmate at the U.S. Penitentiary in Lompoc.

Memorial at Vandenberg AFB near the site of Honda Point Disaster 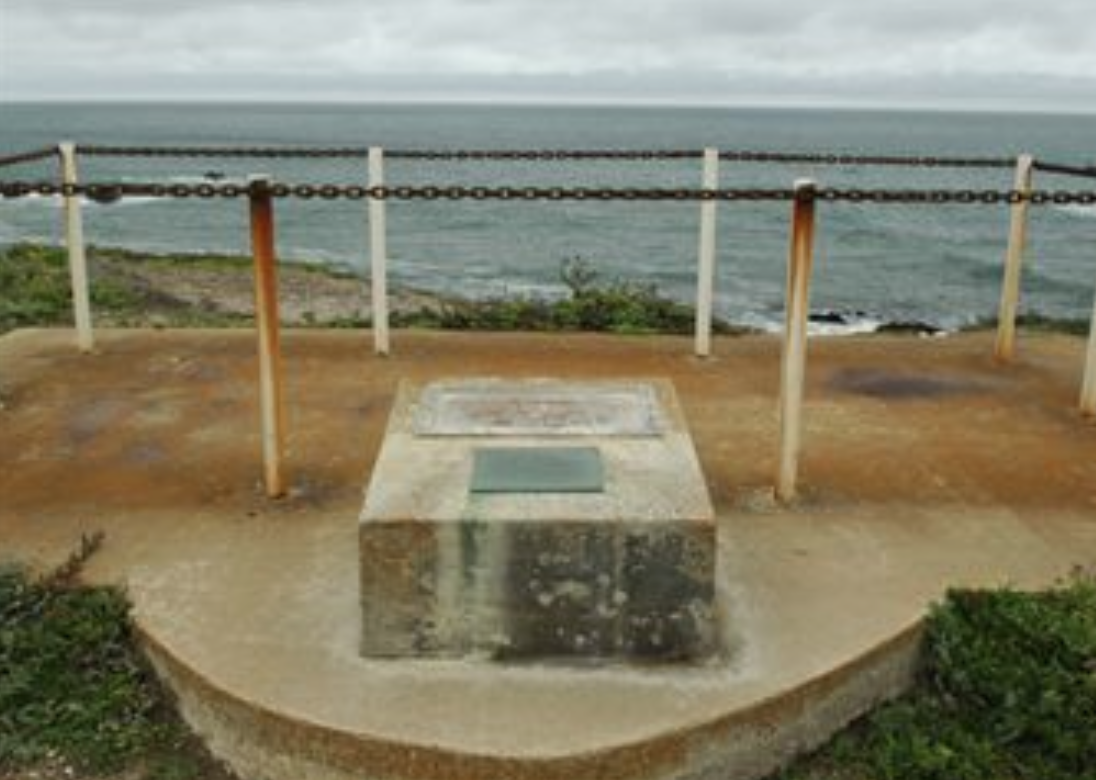 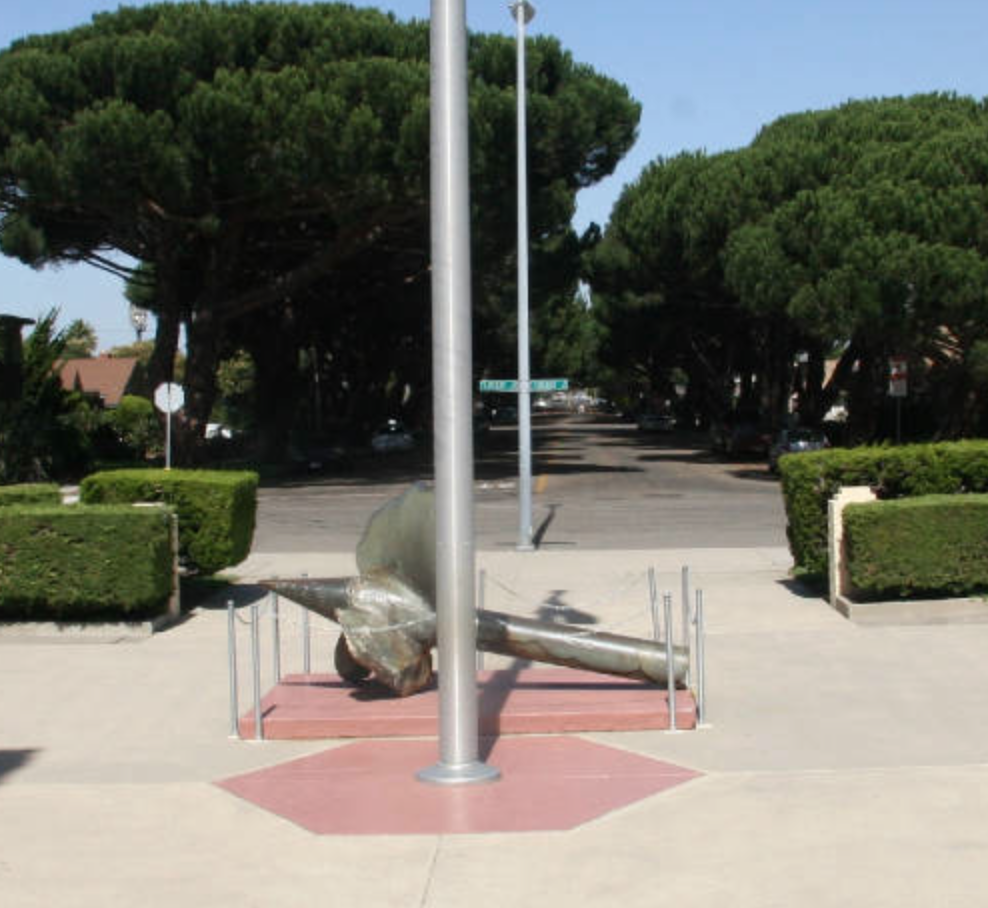 Detailed Photo of the Scene of the Crash 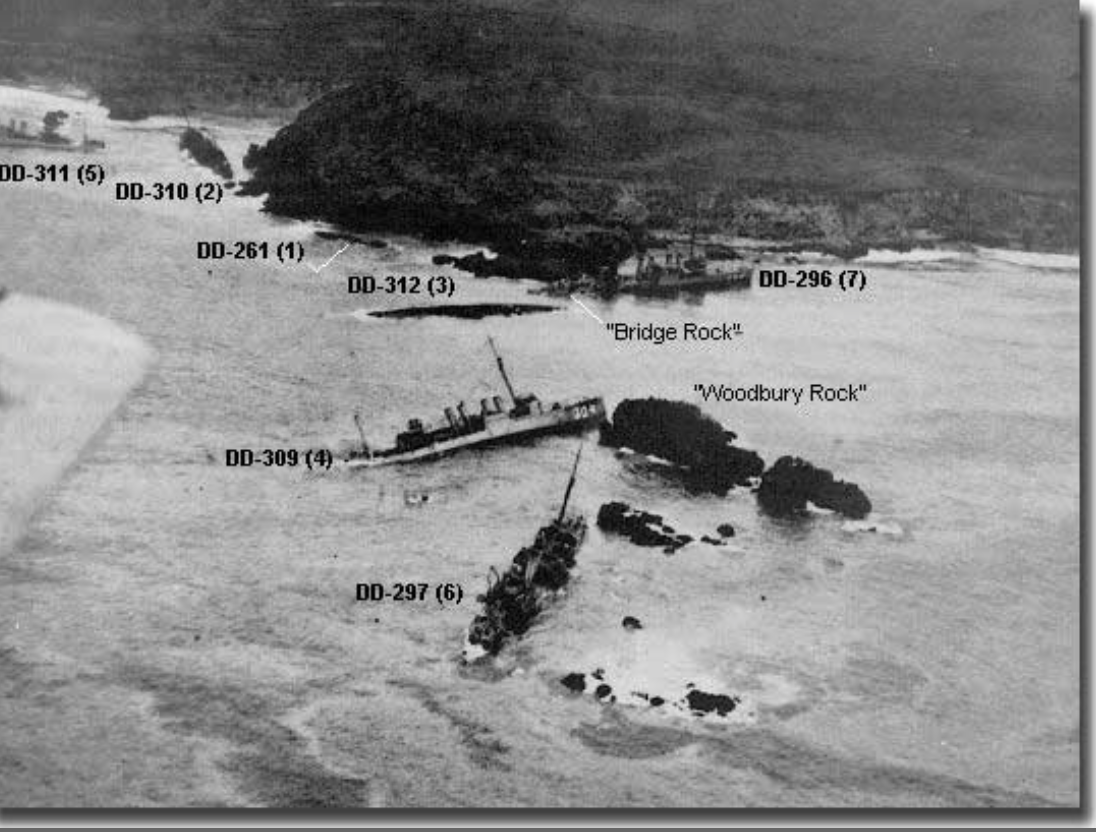 Located on an island directly off Vandenburg Air Force base near Lompoc, California, is Honda Point.  This dangerous area earned the titles of the "Graveyard of the Pacific" and "Devil's Jaw." On the night of September 8, 1923, its jagged rocks and relentless surf caused the worst peacetime disaster of Naval History. The three divisions of Destroyer Squadron 11 were on a 24-hour run from San Francisco to San Diego at a speed of 20 knots. An Earthquake in Tokyo the previous week had caused unusual currents, as well as navigational errors by the flagship (the ship with the commanding admiral), caused seven of the ships, known as Greyhounds for their speed and long gray body, to run ashore.

The ships were supposed to turn east into the Santa Barbara Channel, but instead, the fleet headed through a thick fog straight into the rocky shore. The Delphy hit the ground first. The S.P. Lee followed slightly north of the Delphy.  The Nicholas hit the nearby reef, and the Young shortly followed onto the shore, rolling over to its side. The Fuller and the Woodbury crashed onto offshore rocks next. Finally, the Chauncey wrecked inshore on top of the now capsized Young.

When it was all over, the Delphy capsized and the Nicholas's bow broke off. The rest of the ships in the squadron were able to heed the warnings of the wrecked ships and steer clear of the accident.

Rescue efforts began directly after the accident.  Local fishing boats and ranchers awakened by the Delphy's sirens were employed in pulling crew members from the wreckage. Some survivors were able to wade from their ship to the safety of the beach. Survivors went by train to San Diego. There were 23 fatalities, mostly from the capsized Young. The ships were all complete losses and were unable to be salvaged. Part of the Chauncey remains visible today.

The Vandenburg Air Force Base now owns the site of the Honda Point Disaster. Today a plaque stands at the site of the crash honoring those who lost their lives.  An additional plaque, with a propeller and a bell from one of the wrecked destroyers, stands in from of the Veteran's Memorial Building in the close by town of Lompoc, California.