As the title suggests, this location has a unique a varied history. At this location is a natural waterfall on Twelve Pole Creek roughly five foot high and spans the entire width of the creek. In the nineteenth century, a dam and grist mill was constructed at the falls. Gristmills were often a focal point of small agricultural communities and were vital to their economy. In 1923, the local newspaper dubbed the falls and the mill on of the "Seven Wonders of Wayne." In 1920 a bridge was constructed over the falls and 83 years later, in 2006, a overweight truck traveling across the bridge caused it to collapse 25 feet to the creek below.

The Falls of Twelve Pole. 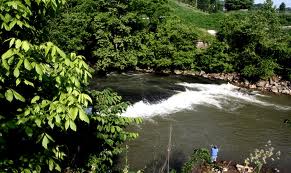 The Dickson Dam and Grist Mill. 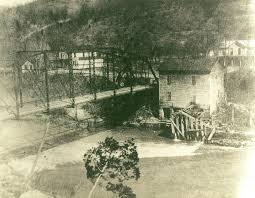 The bridge prior to collapse. 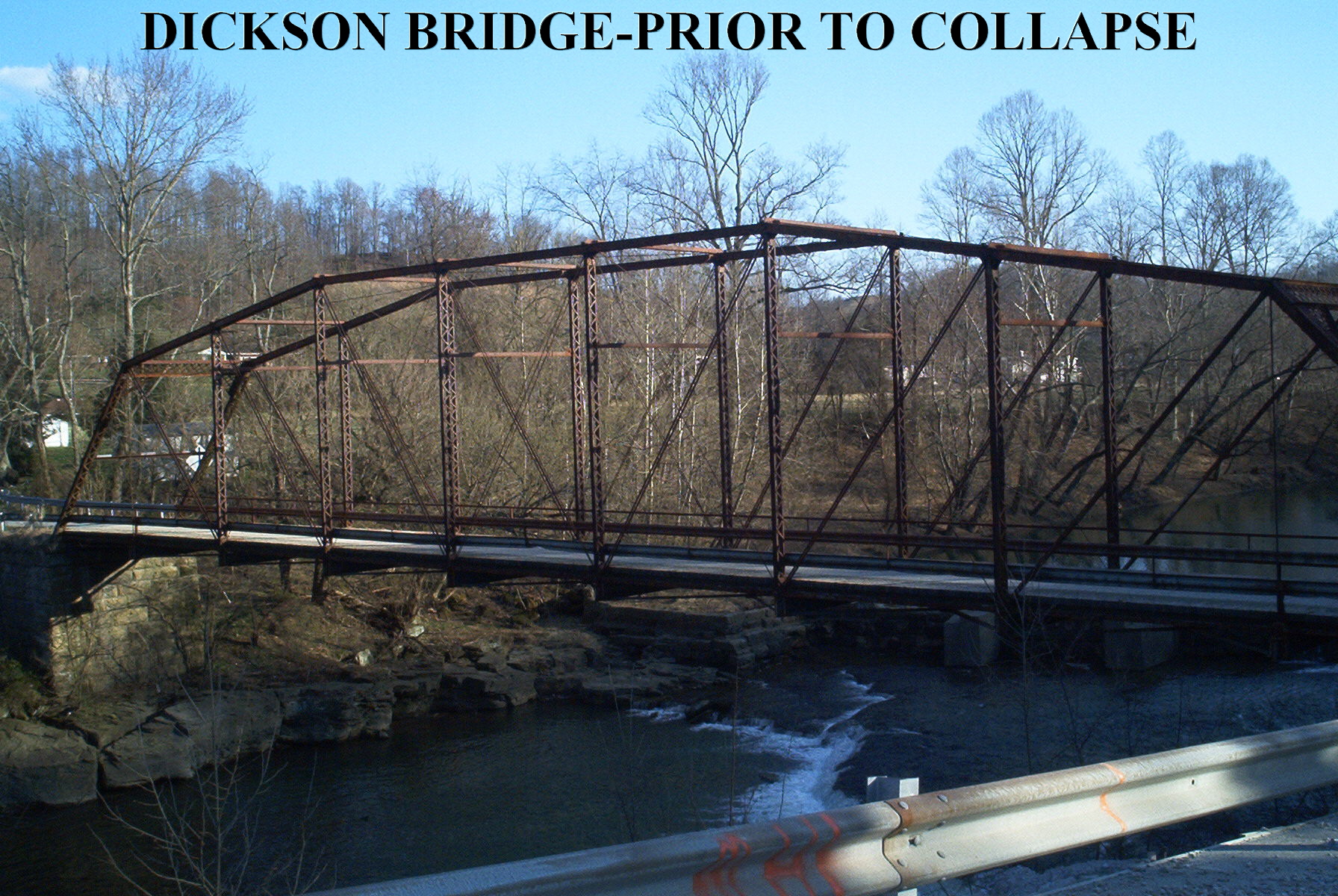 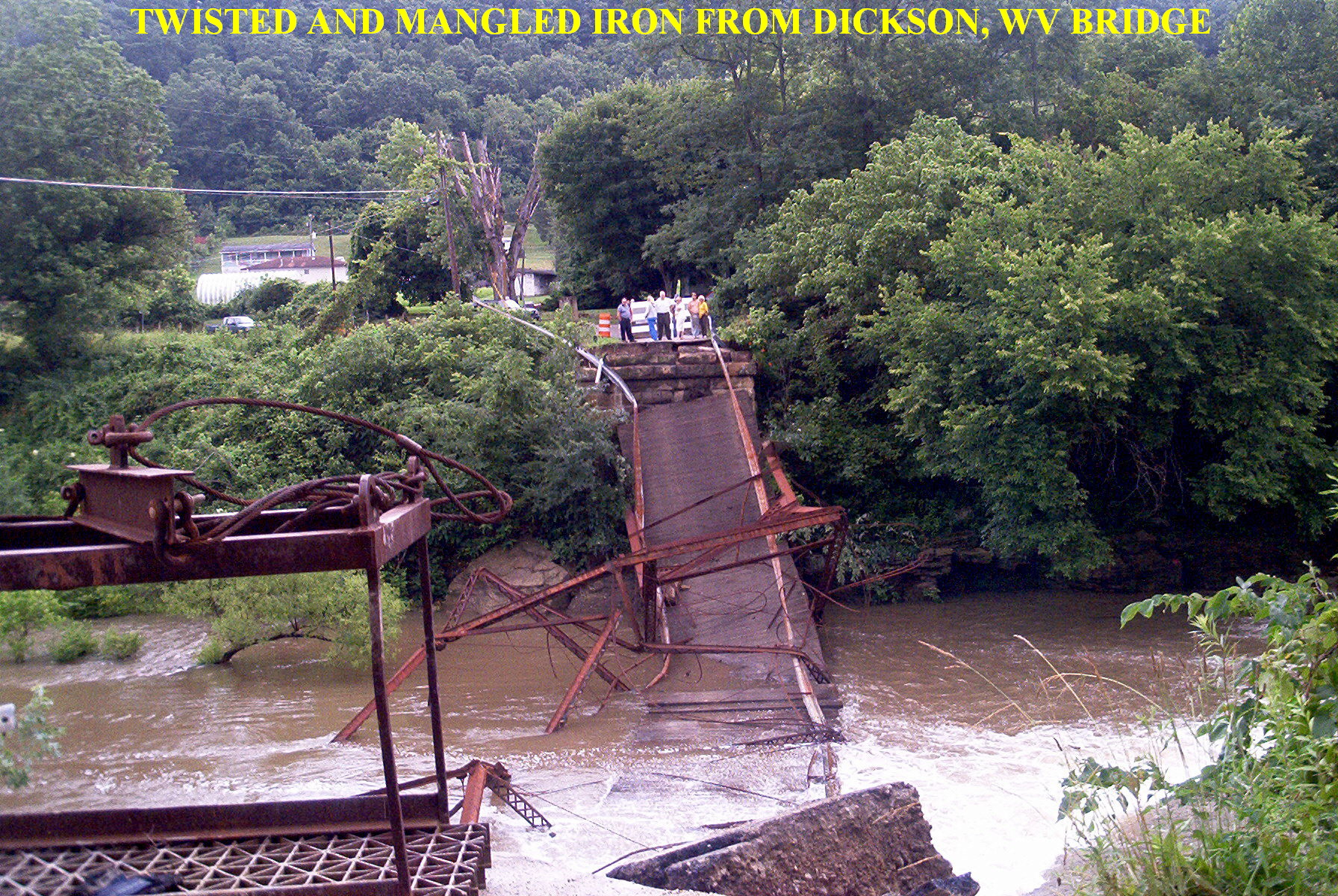 Another view of the collapsed bridge and the truck that caused it. 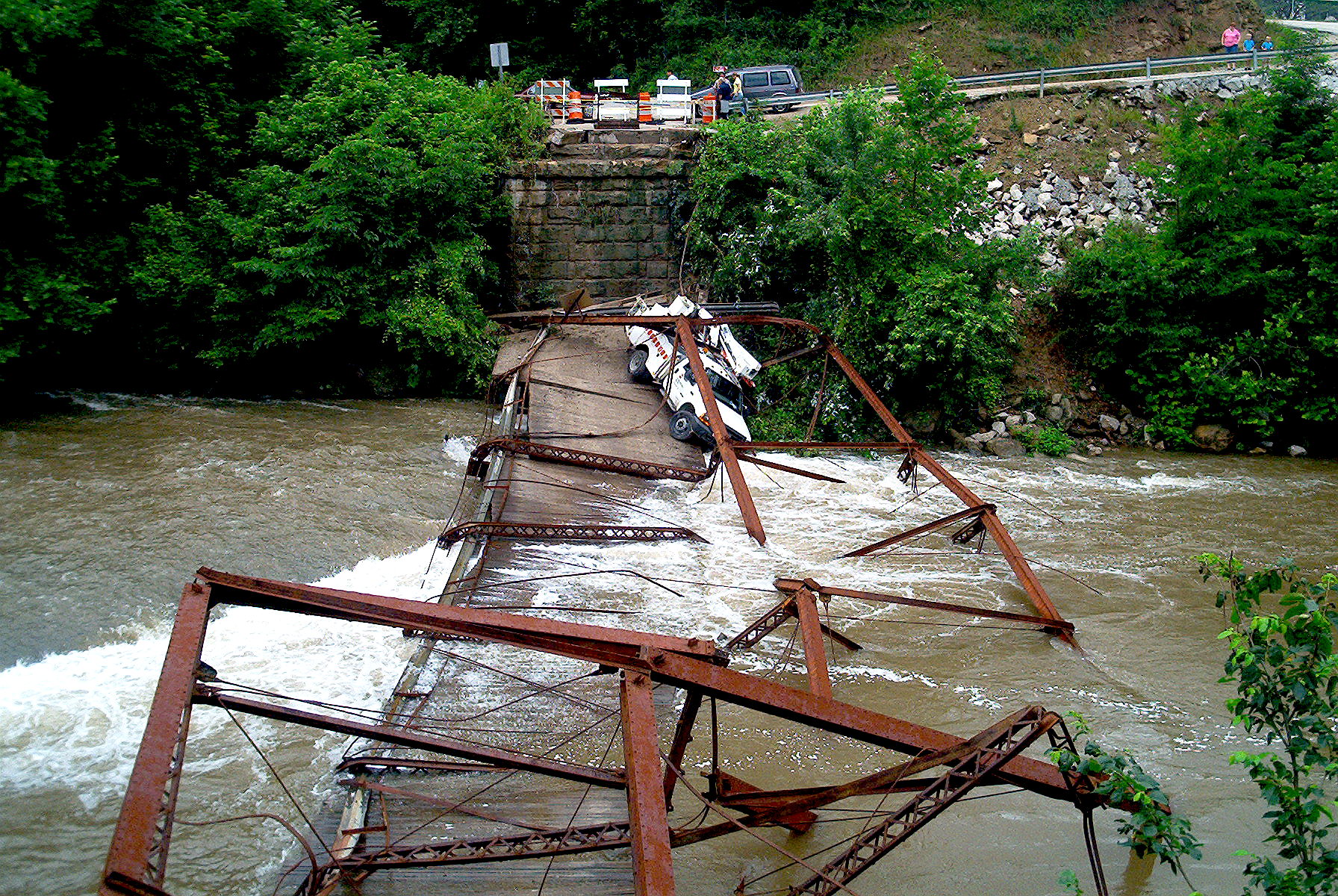 This history of this location is born from its natural topography. At his location, a natural sandstone outcropping creates a waterfall along the entire width of Twelve Pole Creek roughly five feet high. Known by locals as “the Falls of Twelve Pole”, the beauty and usefulness of the location drew early settlers to the area. In the mid-nineteenth century, settlers constructed a gristmill next to the falls. The natural topography of the area made it a convenient location for the mill. Gristmill’s were a vital part of early communities. Subsistence farming and trade played a pivotal role in local economies and gristmills provided a community with the ability to sustain itself and produce ground grain products.

In the 20th century the vitality of gristmills waned, however, the Dickson dam and mill remained a popular landmark among locals. In 1920, a bridge was constructed over falls to connect residents living on county route 52/5 to highway 152. In a 1923 Wayne County News article, the “Old Dickson Dam” was praised by locals as one of the “Seven Wonders of Wayne”. The article reads as follows:

“When early pioneers stood upon the banks of our traditional little stream of Twelve Pole, their hearts were no doubt gladened by the sound of the gurgling water as it poured over the old fall rock at Dickson. For in those days one of the most serious problems of the early settler was a place to grind the grist. At this narrow place in the river it could be dammed with slight cost. Historians tell us that from [pioneers'] earliest advent into this new region of the west that this water mill has been one of the landmarks. Aside from the commercial value of this particular part of the old river, few places in the country have more scenic beauty than this quiet mill dam that ends with such an uproar as the water pours over. Sequestered as it is by hills and fringed with foliage, it is an inspiring picture in the summer time. A number of the older men of this county will remember with doubtful pleasure the thrill that came from riding a raft of logs over on the spring rise. Thus ends the description of my fourth subject for the local hall of fame.”

In the 1930s, the dam and falls were a popular tourist location. A local resident named Maxine Perdu remembers, “People from all over the tristate area would come to swim and enjoy the summer months at the dam. They would stay out all night long and party…”

On June 27th, 2006, the Dickson dam added another interesting chapter to its history. On that day, while a large truck was traveling across the 86 year old bridge it collapsed 25 feet into the creek below. The local news reported that the truck weighed nearly double the weight limit of the bridge and that the bridge “came right off its foundation.” The bridge was set to be replaced in 2010. No one was injured in the collapse and after the debris was removed from the creek the bridge was never replaced.