Swanson Lunsford was buried in Columbia, South Carolina in 1799 after dying during a yellow fever epidemic in Charleston, South Carolina. He is the only person to be buried on the State House grounds, and is said to be the only person in Columbia who died due to the yellow fever outbreaks in Charleston, which began in 1699. Lunsford served as a captain under Henry “Light Horse Harry” Lee III in the Revolutionary War before becoming a merchant and civic leader. After contracting yellow fever in Charleston on a business trip, he was buried on a plot of land near his Columbia home rather than in a cemetery, likely to prevent spreading the disease any further. The first grave marker was placed in 1837, then later replaced with a nearly identical one in 1953. 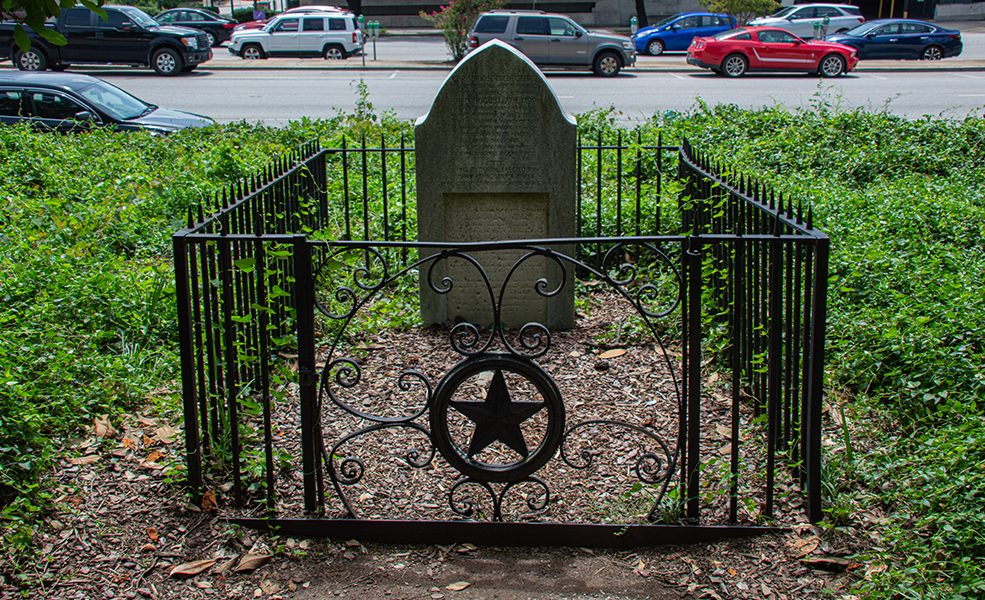 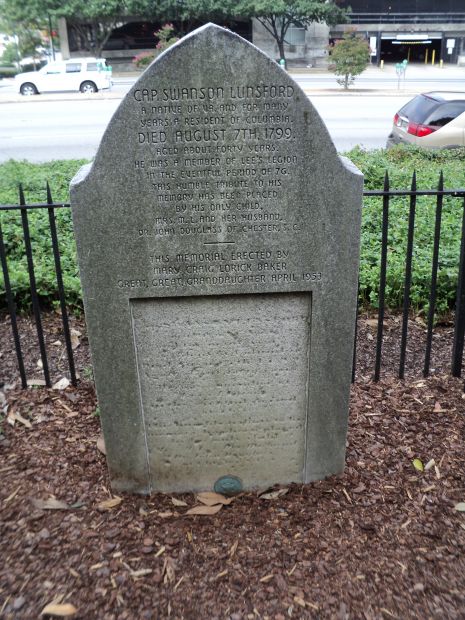 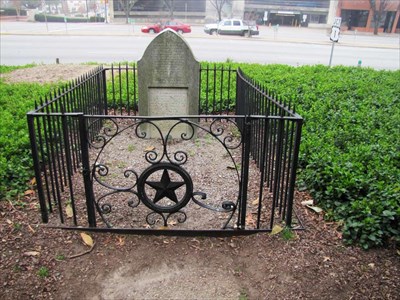 Captain Swanson Lunsford was buried on State House grounds in Columbia, South Carolina in 1799, although his present tombstone was placed on the site in 1953. Lunsford was born in 1754 in Dinwiddie, Virginia, but later moved to Columbia, South Carolina. During the Revolutionary War, he served under Henry “Light Horse Harry” Lee III, known to be one of the best guerilla fighters during the war. After the war, Lunsford worked both as a merchant and civic leader in Columbia. However, traveling to Charleston, South Carolina for those positions is what ultimately led to his untimely death due to yellow fever in 1799.

Yellow fever was initially introduced into South Carolina via the African slave trade, with the first major epidemic in Charleston in 1699. Although the illness is transmitted by mosquitoes, it was largely restricted to seaports where the specific strain of the disease-carrying mosquitoes lived. The virus caused a variety of severe illnesses, such as high fever, vomiting, exhaustion, convulsions, delirium, severe body aches, bleeding from the skin, nose, and mouth, liver disease, stomach blood being turned black, and more. However, for those who survived yellow fever, they were then immune. When enslaved African Americans began arriving on ships, those who had immunity exposed the disease to those who never experienced it, leading to the death of around 15 percent of the population during the Charleston outbreak in 1699.

Between 1706 and 1748, there were between five and eight major epidemics, with cases appearing sporadically in the years after. Although, from the 1790s to the 1850s, cases again reemerged in Charleston, with a majority of the victims “strangers” who never had yellow fever in the past, such as immigrants and travelers. One of those travelers was Lunsford, who contracted yellow fever while on a business trip to Charleston and died August 7, 1799. After his death, Lunsford was buried on a piece of property that was near his Columbia home, although there is speculation that Lunsford might have owned the property. Later, that property was purchased by the state of South Carolina to construct the State House.

Lunsford is the only person to be buried on State House grounds, likely because there was worry of spreading yellow fever if he was interred in a public or church cemetery. While he was buried upon his death in 1799, the first marker for his grave was not placed until 1837 by his only daughter, Mary Lunsford Douglass and his son-in-law, Dr. John Douglass. In 1927, the marker was reported stolen when Lunsford’s great-grandson temporarily removed it to have it cleaned by Bruns & Davis. It was not until 1953 that the current marker was installed by Lunsford’s great-great-granddaughter, Mary Craig Lorick Baker. The original marker had a seal of the National Society of the Sons of the American Revolution. The present tombstone is nearly identical and even has the same inscription, with one slight altercation changing “aged four and forty years” to “about forty years.” The current inscription reads:

a native of Va. and for many

years a resident of Columbia,

He was a member of Lee’s Legion

in the eventful period of 76.

This humble tribute to his

memory has been placed

by his only child,

This memorial erected by