Meadow Event Park, formerly known as The Meadow Stable, is the birthplace of the famed racehorse, Secretariat. Secretariat is arguably the greatest thoroughbred of all time. ESPN had him ranked 35th as the greatest athletes of all time. Meadow Event Park has preserved the foaling shed (birthplace) and the rest of the grounds where this iconic American sports figure was trained. Meadow Event Park also hosts festivals, concerts, sporting events, trade shows, and many other events throughout the year. The story of Secretariat and his owner was made into a Disney film, "Secretariat" in 2010. It starred Diane Lane and John Malkovich.

Birthplace, or Foaling Shed, where racehorse Secretariat was born in 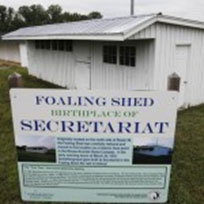 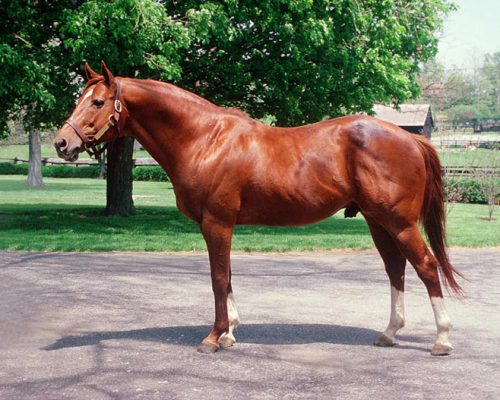 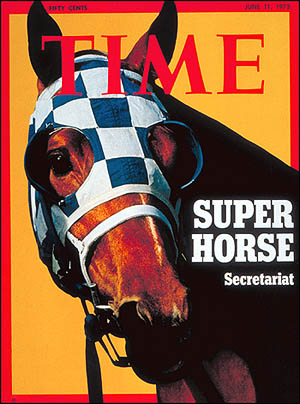 Map of the Meadow Park grounds 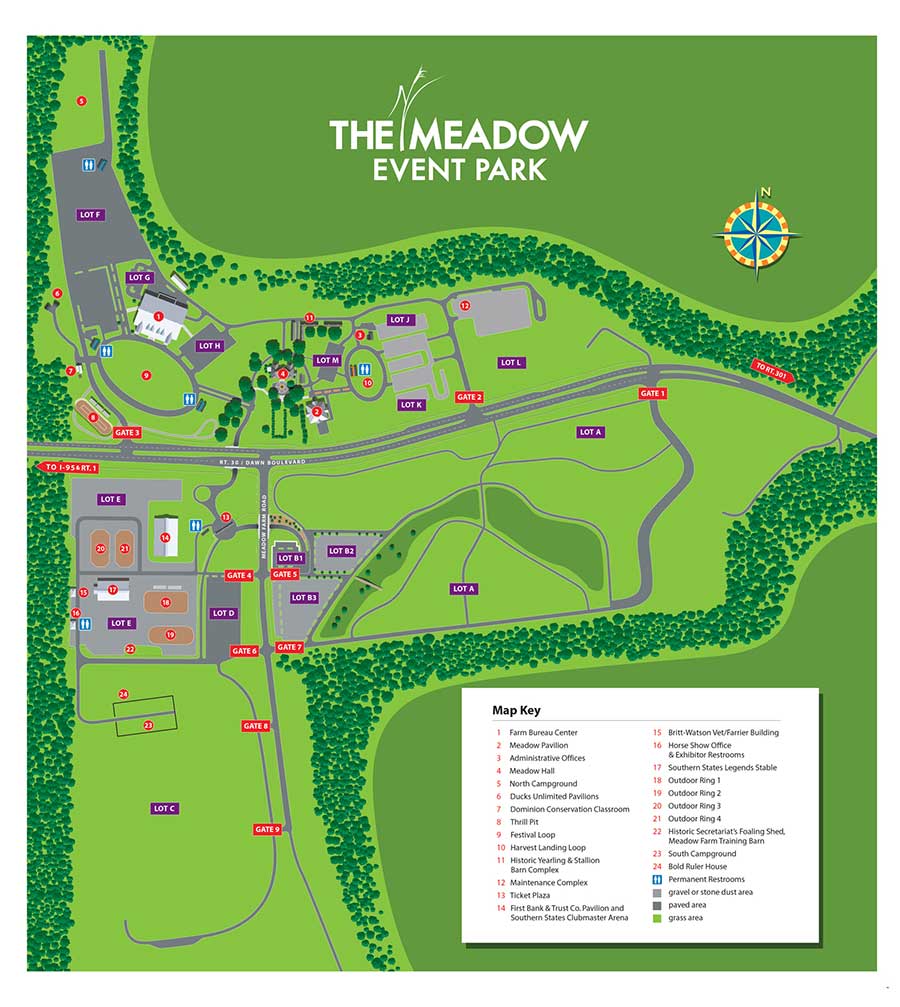 Some of the stables 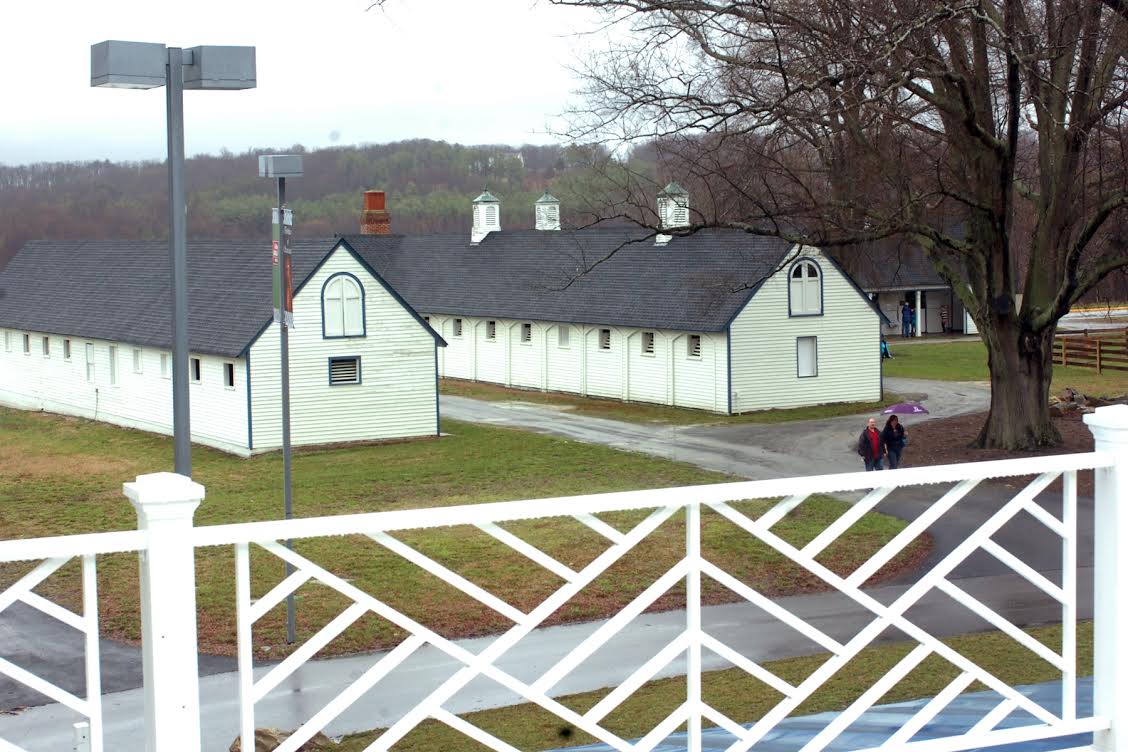 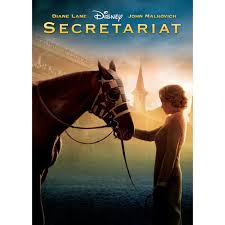 After winning the Kentucky Derby and the Preakness Stakes, the first two legs of the Triple Crown, Secretariat had to win the Belmont Stakes to become the first horse to win the Triple Crown in 25 years.  He won by 31 lengths, during which CBS announcer Chic Anderson stated "Secretariat is widening now! He is moving like a tremendous machine!!"1.  Secretariat's performance at the Belmont was rated the #2 greatest individual performance by an athlete.  Wilt Chamberlain's 100 point performance in a basketball game was #1.2

Secretariat started 21 races in his career and had 16 wins, 3-second place finishes, and one third place finish.  Out of 21 races he either won, placed, or showed in 20 of them.  Secretariat's career earnings were over 1.3 million dollars and still holds the records at all three race tracks of the Triple Crown for the fastest times.

Meadow Event Park also hosts the State Fair of Virginia and many other events but is primarily visited because of its history with the iconic sports figure Secretariat.

Meadow Event Park was founded in 1805 by Dr. Charles Morris, originally to serve as his family's home. The house and land stayed with the family until the early 1900s. In 1936, Christopher Chenery, a descendant of Morris, bought the land, thus bringing it back to the family's possession. and creating a Thoroughbred farm. The farm was almost lost due to financial challenges, but Chenery's daughter's efforts with Secretariat and other horses saved the farm and land. Between 1979 and 2003, the family sold the land in pieces to the State Fair of Virginia. The first state fair held in Meadow Park was held in 2009.