Dallas Heritage Village is a living history museum located in historic Old City Park. The Village is composed of dozens of historic buildings that have been moved to this location. Each building dates back to the 19th or early 20th century and is filled with exhibits and antique furnishings designed to provide an authentic view of early Texas history. The Village has collected over 20,000 artifacts and historic images, many of which are cataloged online. The Village offers a variety of educational programs and special events for a diverse audience of children, families, and adults.

Dallas Heritage Village includes a number of historic buildings that have been restored and filled with antiques and exhibits. 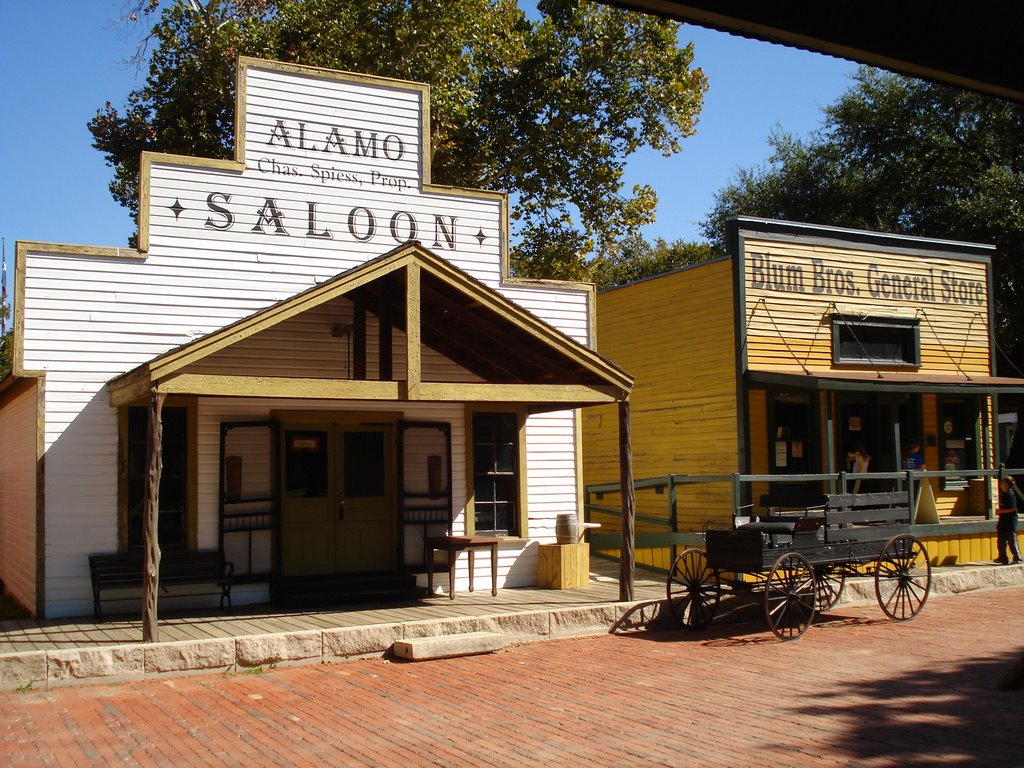 One of over two dozen historic buildings in the village, this hotel was built in 1904 and moved to the village from its original location in Carrollton, Texas. 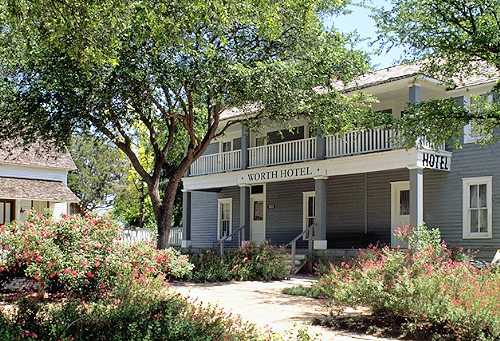 The land was originally the first city park of Dallas in 1876. Somewhat unimaginatively, it was only known as ‘City Park.’ An elegant neighborhood sprang up around the park known as ‘The Cedars.’ The City Park boasted the city’s first zoo, and weekly concerts were given at the bandstand, similar to the one that is here to this day. A natural spring manifested as an underground aquifer, called Browder Springs, provided water to the growing young city. Maps created at the turn of the 20th century showed a pavilion, fountain, pump house pond, and greenhouses occupied the property at that time.

After World War II, a small group of women and an enterprising businessman named Ray Hubbard chose to rescue the Plantation house called Millermore, the first of 21 structures to be so saved, and transported them to the Park, and lovingly restored them. As in the latter half of the 20th century, the concept of a ‘Living History’ came to the fore, the museum hired first-person ‘interpreters’ to guide tours, speaking in the role of a person living at those times.

From its inception, the idea of a Living History museum was to allow modern students and visitors to engage with the past in ways beyond just observation and manipulation; to see the tools of the bygone era being used as they had been in the past, and to understand therefore how things operated in the ‘old days.’  Field trips and special events are arranged at the Dallas Heritage Village, taking steps back in time and letting the students become ‘Dallas History Detectives,’ guiding them through a sort of scavenger hunt, engaging them to participate with characters portrayed by museum staffers.
More than 24,000 items make up the Dallas Heritage Village, objects, structures, and archival materials. All are related to North Central Texas life in Dallas, from the frontier days in the 1840’s through the end of the commercial center era in the early 20th Century.

The museum's collection is on display within the museum’s historic buildings and is protected and preserved to continue to serve as resources for scholarly pursuits and historic study. Much of the collection centered on aspects of daily domestic life, crafting, and other aspects of life in the city. Tools and implements, furnishings and domestic accessories comprise the majority of the physical collections, while photographs and postcards contain important historic data on fashions and furnishings from those older days.

Tues - Sat 10 am - 4 pm Sun: Noon to 4 pm Monday: Closed Please note-this museum is closed in the months of January and August