On Saturday, March 25, 1911, a fire broke out on the top floors of the Triangle Shirtwaist factory in the ten-story Asch Building just off of Washington Square. Managers often locked the exits to prevent workers from sneaking out for a break and to prevent theft. Trapped inside because the owners had locked the fire escape exit doors, workers jumped to their deaths. In a half an hour, the fire was over, and 146 of the 500 workers were dead. Most of the several hundred Triangle Shirtwaist employees were teenage girls, recent Jewish and Italian immigrants. The Asch Building is now known as the Brown Building and is part of the New York University campus. 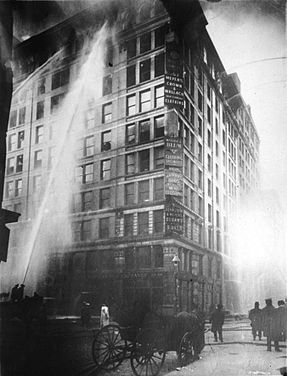 The building was constructed in 1900 and known as the Asch building at the time of the fire. The building is now part of the NYU campus. 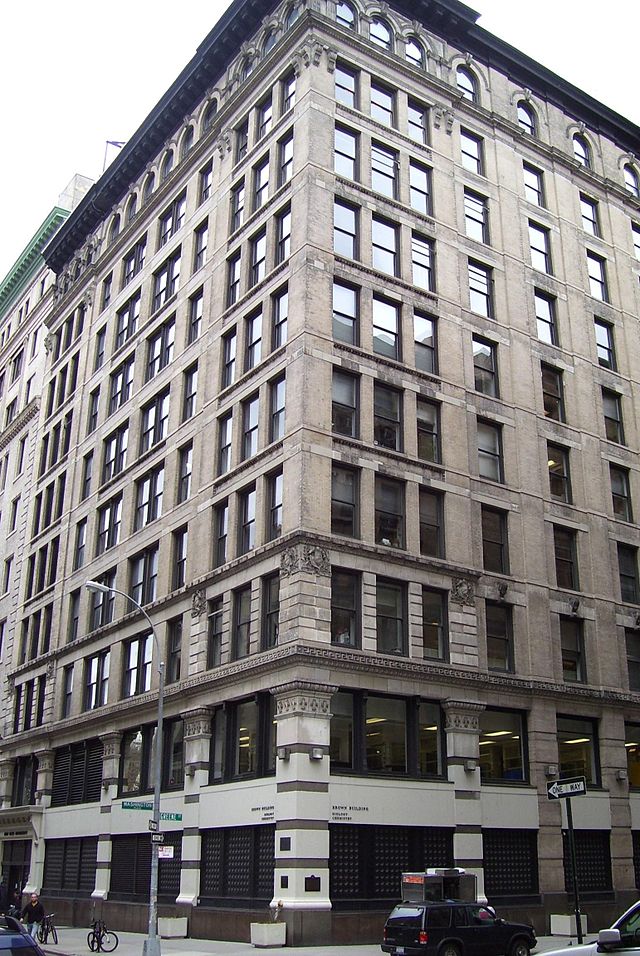 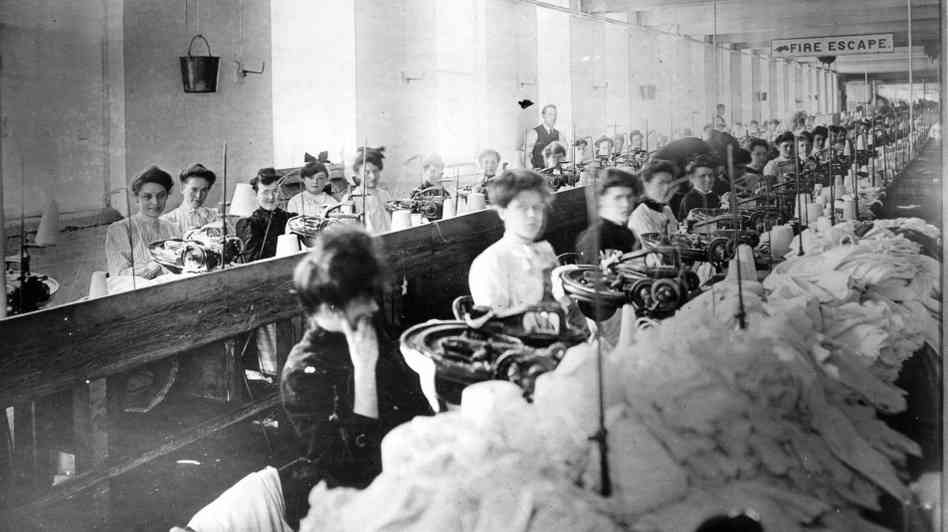 Located in the Asch Building in Manhattan, the Triangle Shirtwaist Factory was the largest producer of women’s blouses in New York City in 1911. At the time, the garment industry was heavily segregated along gender lines. Most of the workers occupying the higher paying jobs with better conditions were men. Women were seen as temporary workers who would only work until they were married. This caused both their bosses and current union leaders to see them as not worth protecting or fighting for, despite high levels of militancy among the Jewish workers. A lack of regulation and union presence enabled factory owners to take advantage of a vulnerable population of workers.

Preceding the fire, New York had no codes or regulation for factory safety standards. The workspaces were cramped, filled with wood and various debris. There were no sprinklers, fire exits, fire drills, or evacuation plans in place. The dismal job prospects for immigrants and the lax safety and union laws allowed factory owners to cut many corners in terms of safety and job quality without risking losing their workers.

When the fire started the cramped floors crowded with tables and machinery impeded workers from reaching the exits. Many of the doors were locked, trapping workers inside. This was common practice at the time, with the goal of preventing workers from leaving on breaks without permission or theft. The doors that were unlocked opened inwards, confusing the masses of panicked workers. On an average day, the factory had around 500 workers in the building. By the end of the fire, 146 had perished. One hundred twenty-three of the deceased were women. Much of the blame lay at the feet of negligent factory owners whose management choices had unnecessarily endangered their workers.

The fire alone wasn’t what made the victims of the fire the rallying cry for worker safety. Workplace death rates were high across the board. It is estimated that more than 100 workers died every day on the job around 1911. After the fire, hundreds of activists across the state and the nation pushed for fundamental reforms. For some, such as Frances Perkins, who stood helpless watching the factory burn, the tragedy inspired a lifetime of advocacy for workers’ rights. The fire also led to the creation of organizations to investigate the conditions of factories and the passage of safety laws and aid organizations.

The fire left a mark on the culture of the nation and New York City in general. The building was listed on the National Register of Historic Places and was named a National Historic Landmark in 1991. “Remember the Triangle Fire Coalition” was formed in 2008. Located at 23-29 Washington Place in New York City, the property is now used as classrooms and offices by New York University and is not open to the public. The fire continues to be a popular reference for those continuing to fight for workers’ rights and oversight of businesses today.

This tour will start off in the heart of Greenwich Village and end at one of the oldest Italian cafe's in New York City.