The former U.S. Post Office is one of the more striking landmarks in Corinth. Originally built in 1913, it combines the Neoclassical and the Georgian Revival styles. The brick building features limestone trim, a low-hipped roof, a large portico with Doric half columns, and round-arched openings. The building is now home to FMB Bank.

Originally built in 1913, the former U.S. Post Office building is now home to FMB Bank. It is listed on the National Register of Historic Places for its architecture. 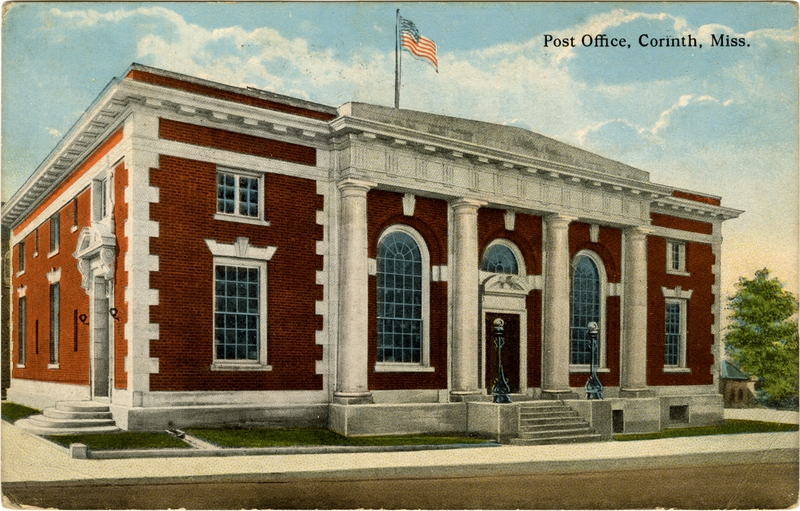 The Office of the Supervising Architect of the Treasury Department, which was headed by James Knox Taylor, designed the post office. Knox felt that federal buildings should be designed in classical styles and constructed with high-quality materials, and this building is no exception. In addition to architecture, the old post office symbolizes the federal government's presence and impact on the community. In December 1924, the building was severely damaged in a fire. It was then remodeled and expanded. Postal services continued in the building 1987 when a new facility was erected. It appears that FMB Bank purchased it in 1991. It was added to the National Register of Historic Places in 1992.