Built in 1837, the Chalmers Institute building housed four schools including the first university in the state—the University of Holly Springs. 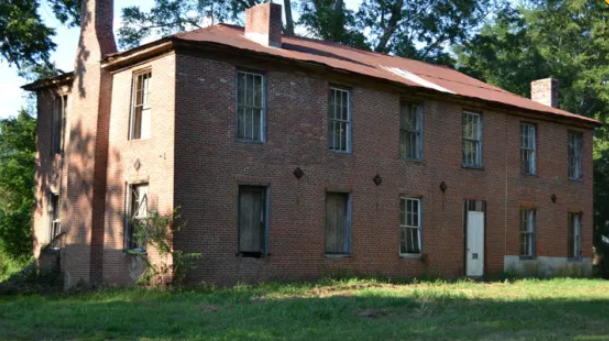 The school building was constructed not long after the town of Holly Springs was established. Residents bought $22,650 in bonds to complete the project and the first school to occupy it was the Holly Springs Literary Institute. In 1838, it became the University of Holly Springs—the first university in Mississippi. The university only operated until 1839, however. The Methodist Church bought it and opened a law and medical school, which operated until 1843. The building remained vacant until a Presbyterian minister named Rev. Sam McKinney, who was born in Ireland, established the Chalmers Institute. It was named after a Scottish Presbyterian minister named Thomas Chalmers.

The institute lasted much longer than the other schools. It closed in 1878 when the Yellow Fever epidemic swept through the community, killing many residents. The next school to occupy the building was the Holly Springs Normal Institute. It also operated for many years, closing some time in the early 20th century. The building was then converted into a private residence. Eventually it was abandoned and fell into disrepair several decades later. Given its historical significance, the building was added to the National Register of Historic Places in 1982. The Mississippi Department of Archives and History has supported Preserve Marshall County & Holly Springs's effort to preserve the building.