The Second-Empire style building at what is now 724 Broad St., locally referred to as the Dorr Building is one of the oldest standing buildings on Broad Street with a traceable origin to 1886, with the lot traceable to 1826. Augustus Dorr Commissioned local architect W. E. Speir to design the storefront. Considering the rise in popularity of the Second empire style occurred during the 1852-1870 reign of Napoleon III, the construction of the building years after the style's prominence can most likely be attributed to the delayed time for cultural diffusion to affect the southern United States. The building survived three great fires, two in the years 1899 and one in 1916. It has also experienced three address changes due to a presumable shift in the Broad St. lot numbering system as a result of urban development. 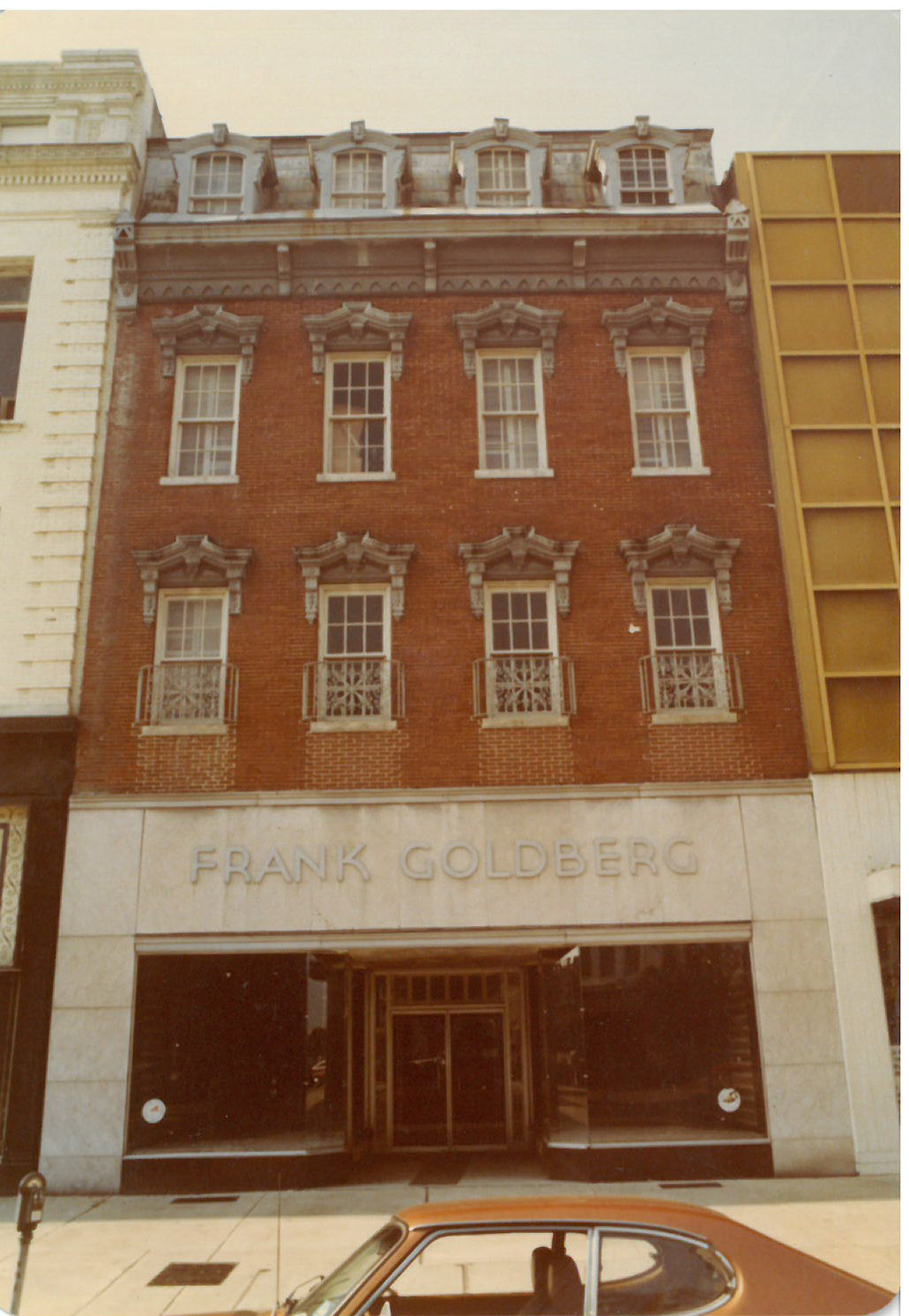 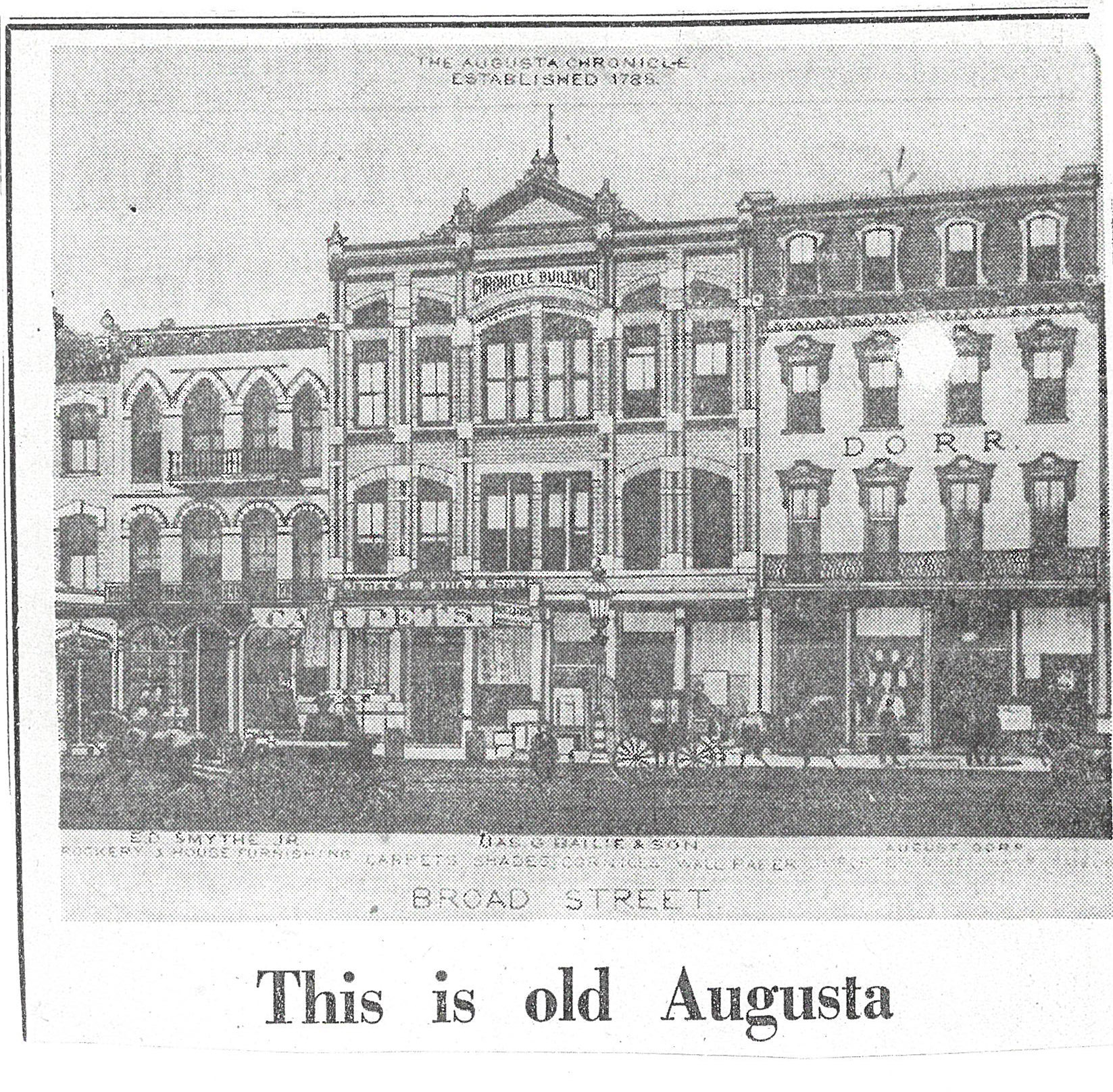 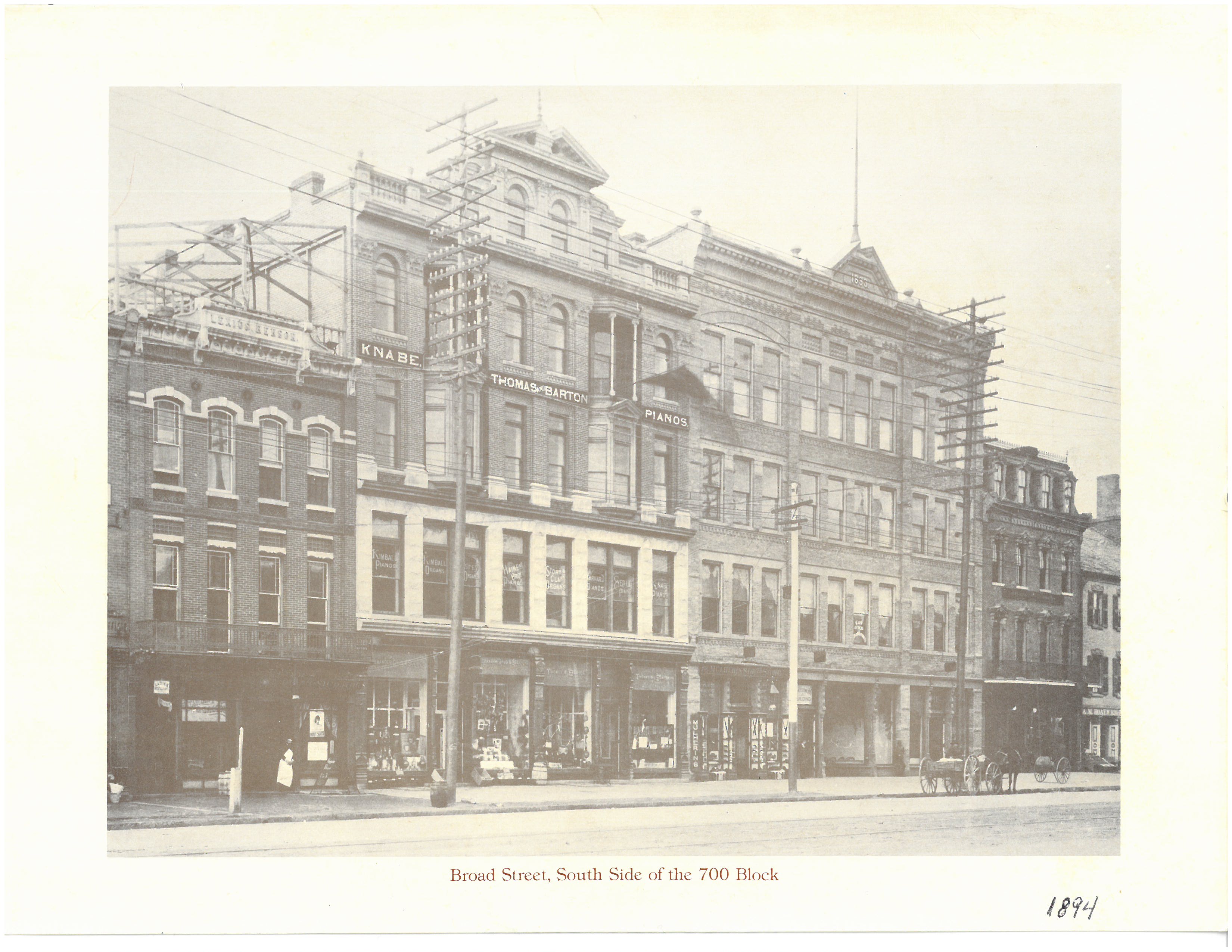 Ad for Dorr's at temporary location 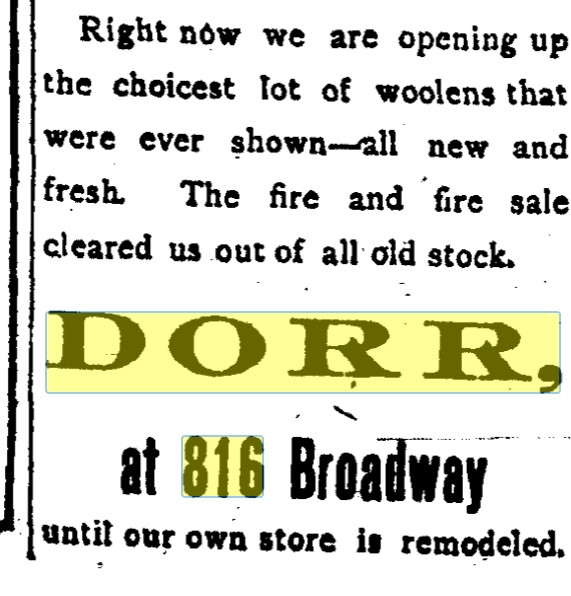 On 18 February 1826, an ad appeared in the Augusta Chronicle for a store owned by George Oates vending industrial cutlery, metal working tools, and various music books. This is the first known document having to do with the lot at 724 Broad Street (then 222 Broad Street). Fifteen years later, another ad appears in the chronicle for a store owned by James Manhattan, who served as the self-proclaimed successor to "the well-known establishment of Dalby & Hoogh-Kirk," presumably another tailor. Prior to the construction of the Dorr, a number of tenants among those above mentioned occupied a previous building on the same lot which include: W. H. Crane, D. Kauffman, Vanwinkle & Co., J. P. Burnside, C. V. Walker, E. Baum, and C. W. Hersey.

Augustus Dorr, a German immigrant, settled in Augusta during the year 1852, and arrived at 222 Broad street during the year 1874. Prior to his location at 222 Broad street, he operated a store at 220 Broad from the previous stand of C. W. Hersey, under whom he worked as an apprentice for several years. Nine years after working in Augusta as a tailor, Augustus Dorr had a storefront built on the lot of 718 Broad St. (following the change in the address system). An ad from 21 August 1883 described the new building as an "ornament to the city."

Following the fire on 10 December 1899, Dorr relocated temporarily to 816 Broad St until renovations on his store were complete. There was a preceding fire in June of the same year, but Mr. Dorr had a firewall implemented into the structure of his building, so as to protect his store from such foreseeable damages. He returned to his home location on 11 September 1904 under a new address of 724 Broad St. The Dorr company occupied their building at Broad street for 57 years, but the lot itself had been around for at least a decade longer. Following their closeout sale on 23 June 1940, the building has housed various jazz cafes, social venues, among intermittent periods of vacancy. As of January 2021, both the building's upper-level residential units and retail spaces are currently vacant.