Illinois Memorial Stadium was completed in 1923 and dedicated to the soldiers who lost their lives in World War I. The stadium was one of the largest built in the 1920s and offered more than 55,000 seats for its inaugural season. The stadium exterior features over two hundred columnns that bear the named of students and alumni who lost their lived in the war. Columns also honor the unknown soldier as well as the student training corps that produced officers for the army and navy. 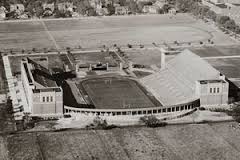 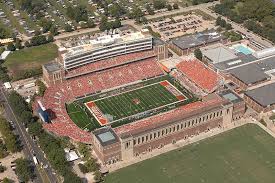