The Nashville Zoo is built upon the site of Grassmere, a former antebellum plantation that was first established in 1810. Zoo officials and members of the community relocated the city's zoo to Grassmere during the 1990s, preserving the home and making it part of the zoo itself. The plantation home remains one of the oldest residences in Davidson County. It also remained the property of the original family until Margaret and Elise Croft willed the property to the Children’s Museum of Nashville. The Historic House was restored and opened to the public for the first time in 1998. Today, the zoo is the most-visited attraction in Middle Tennessee, attracting over three-quarters of a million visitors annually.

The Historic House (aka, The Historic Croft House), photo taken after a March 2015 snowstorm. 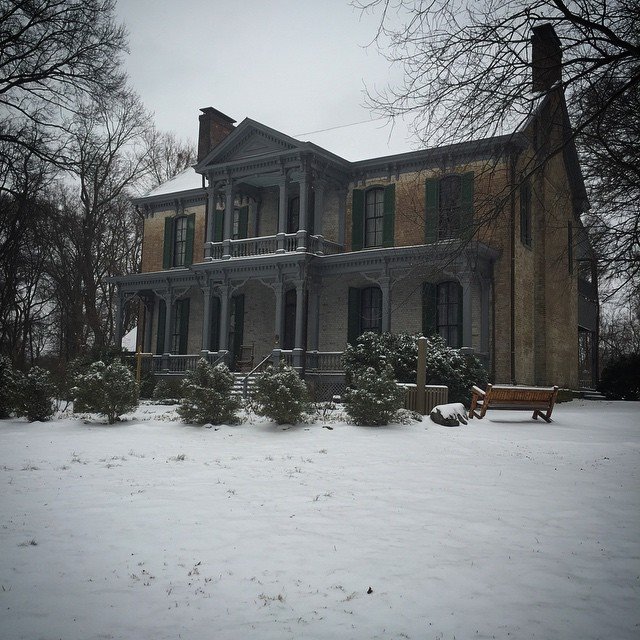 Bandit, the first alpaca born in the Nashville Zoo, shortly after its birth on December 13, 2014. 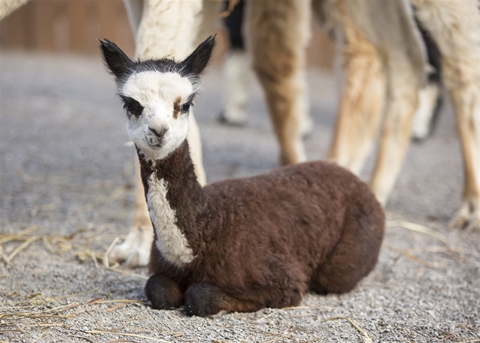 The Historic Home at Grassmere (also known as The Historic Croft Home), constructed in the Federal style, was built by Col. Michael C. Dunn in 1810 on a property that consisted of 346 acres. The home is the second oldest residence in Davidson County that is open to the public.Col. Dunn's great-great-granddaughters, Margaret and Elise Croft, who spent summers at Grassmere in their youth, returned there for good In 1931 and stayed until their deaths. In 1964, the Croft sisters reached an agreement with the Children’s Museum of Nashville by which, upon their deaths, Grassmere would become the property of the museum.There was only one stipulation: the property would be used as a “nature study center” to educate citizens of Nashville about animals and the environment.

In 1996, Nashville's then-Mayor Phil Bredesen offered the Nashville Zoo the chance to relocate from its location at the time in Joelton to Grassmere, and the city (which had taken over the property from the Children's Museum) would lease the property to the zoo for a dollar a year. In 1998, restoration of the house was begun, and it was opened to visitors for the first time in the same year. Nashville Historic Farm opened in 1999,1 and this became the Nashville Zoo at Grassmere in 2001. It currently sits on 82 acres and has over 300 species and over 2000 individual animals. It is Middle Tennessee's "top paid attraction," with over three-quarters of a million visitors in 2013. An ambitious expansion of the site as a state-of-the-art facility is currently planned to be completed by 2020. All 188 acres leased by the zoo from the city will be used. Zoo president Rick Schwartz has said that it will be the 9th largest zoo in America when it is completed. The zoo is accredited by the Association of Zoos and Aquariums (AZA)

The zoo has many exotic animals. These included the White-Blotched River Stingray (Brazil),6 the Golden Pheasant (China), the Red Kangaroo (Australia), and various endangered species, such as the Puerto Rican Crested Toad, Komodo Dragon (Indonesian Islands)10 and the Ring-tailed lemur (Madagascar). Conservation of such threatened species is an important part of the zoo’s mission. Its staff is involved in “research, habitat protection, breeding programs and education initiatives.” Bandit, the first alpaca born at the zoo, came into this world in December 2014.

Another attraction of the site is its historic gardens, which were once used, as was typical in the 19th Century, for such income-producing purposes as growing apples and flowers for sale. The property includes period flowers, medicinal plants, heirloom roses and a culinary herb garden.

During excavation at a site near the zoo's ticket booth in early 2014, nineteen unmarked graves were unearthed. Beads, buttons and hairpins were also found intact. Archaeologists, examining this evidence, believe that these remains were once African-American slaves who worked on the Grassmere plantation in the pre-Civil War period. The archaeological team reburied all of the recovered remains not far from the family cemetery near Croft House; a dedication ceremony was planned.

Various tours of the site are available, such as free docent-led walking tours and a so-called "Backstage Pass" tour, which "gives you access behind-the-scenes of the anteater barn, the giraffe barn or the elephant barn."