Construction of the two buildings at 704 and 706 Market Street that now make up Braunstein's Building finished in 1900, but they were unified in 1924 via a ground-floor storefront. The 1920s unification reflects the many changes to Wilmington's downtown commercial structures that underwent additions, renovations and conversions in order to meet the needs of a changing economy; Wilmington changed from a city of industrial factories to one dominated by corporations and white collar workers. 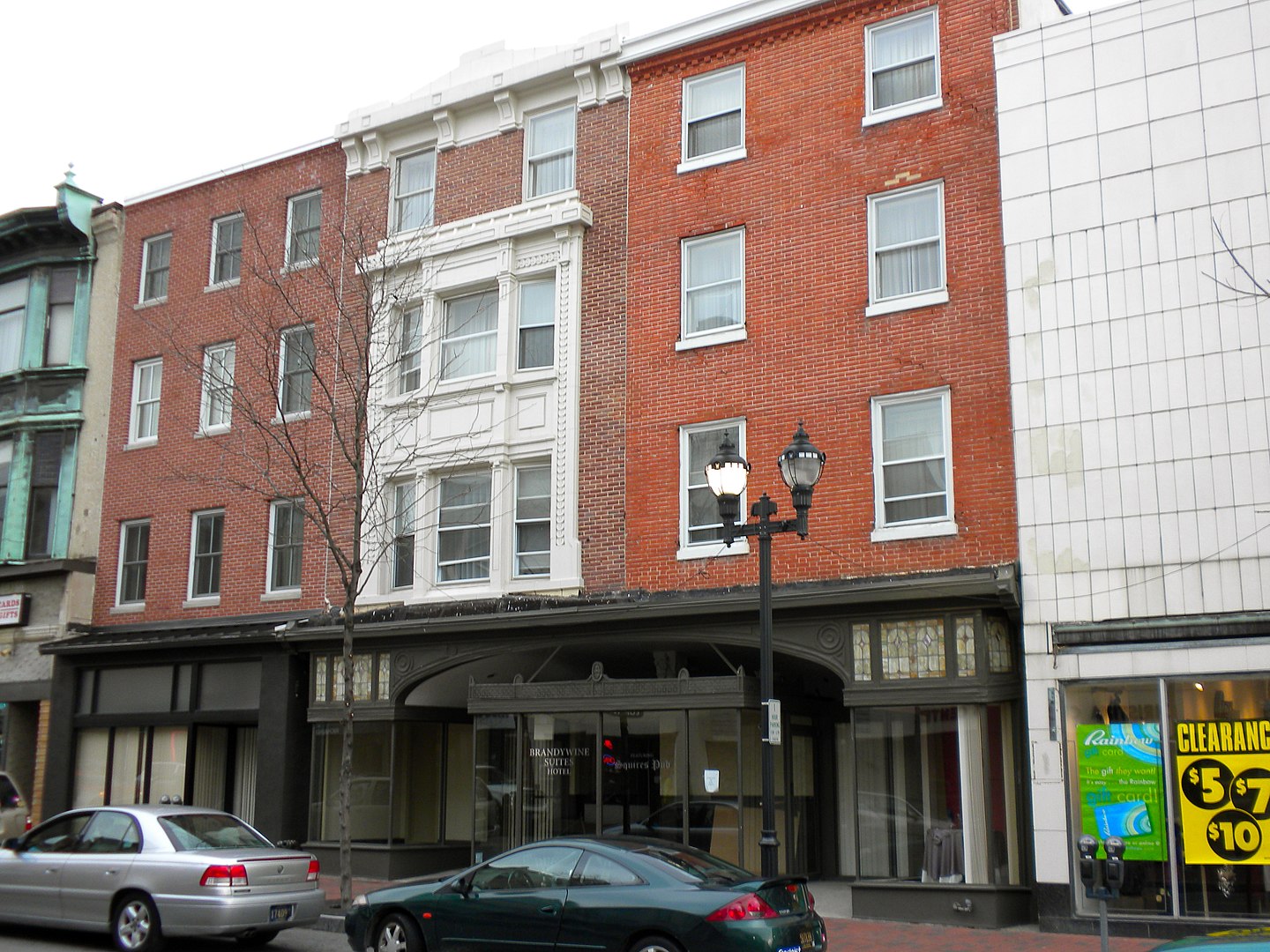 Braunstein's Building is truly two historic commercial buildings built in 1900 and then combined in 1924 as a single unit. The unification of the two buildings speaks to the adaption process trend occurring during Wilmington's Urban Growth Phase from the late nineteenth century and into the 1920s.

By World War I, Wilmington, the once-booming industrial city, had transitioned into a more white-collar, corporate city, primarily tied to chemical companies. The shift of Wilmington's economic center from the factories to uptown office buildings existed as one of many changes occurring in twentieth-century Wilmington, such as the introduction of the automobile, black migration from the South, the decline of European immigration, and movement of white, middle-class workers to nearby suburbs. The economic leaders may have moved away from the city, but they owned buildings in the city and invested in their growth and modernization.

The Clayton House converted into the Queen Theatre in 1913; the Mullins Building addition -- doubling the building's size -- finished in 1917. And, the Crosby and Hill building had its Second Empire facade replaced with a commercial-style design in 1920. Along with the Braunstein Building in 1924, those buildings reflect a dynamic growth and transition period in Wilmington. The modern needs of new and expanding businesses resulted in numerous structures undergoing renovations and additions as a means of adapting.

Both buildings rise four stories, with 704 Market Street a two-bay brick building, and 706 a three-bay brick building with an ornate Beaux-Art central bay on the second and third floors. The unifying, pressed-metal storefront and display window on the ground floor also enjoys Beaux-Arts detailing. Frank O'Donnell's Men's Clothing Store occupied the 704 building in its early years while 706 supported several businesses: a tailor, the Kitchens Collection Agency, and the National Protective Agency. Braunstein's clothing store occupied both buildings in 1924 after the unification commenced, hence its historic name.